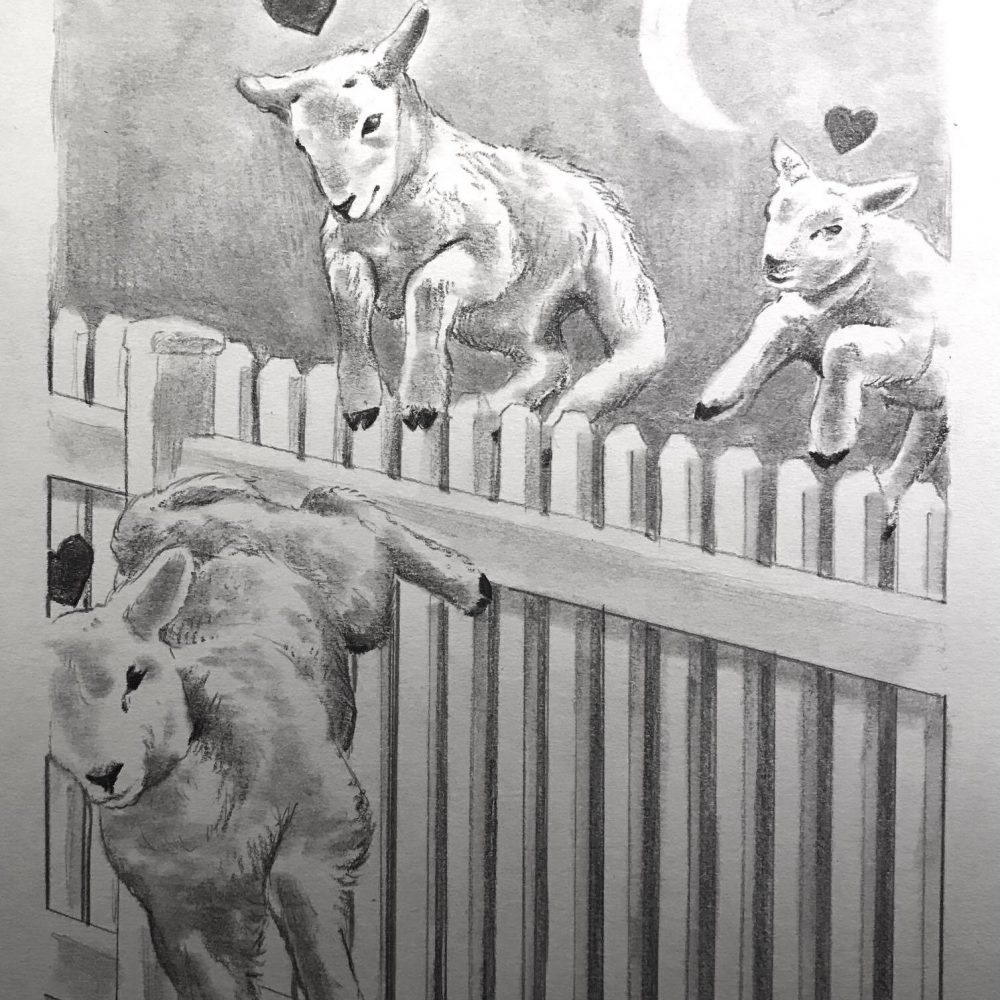 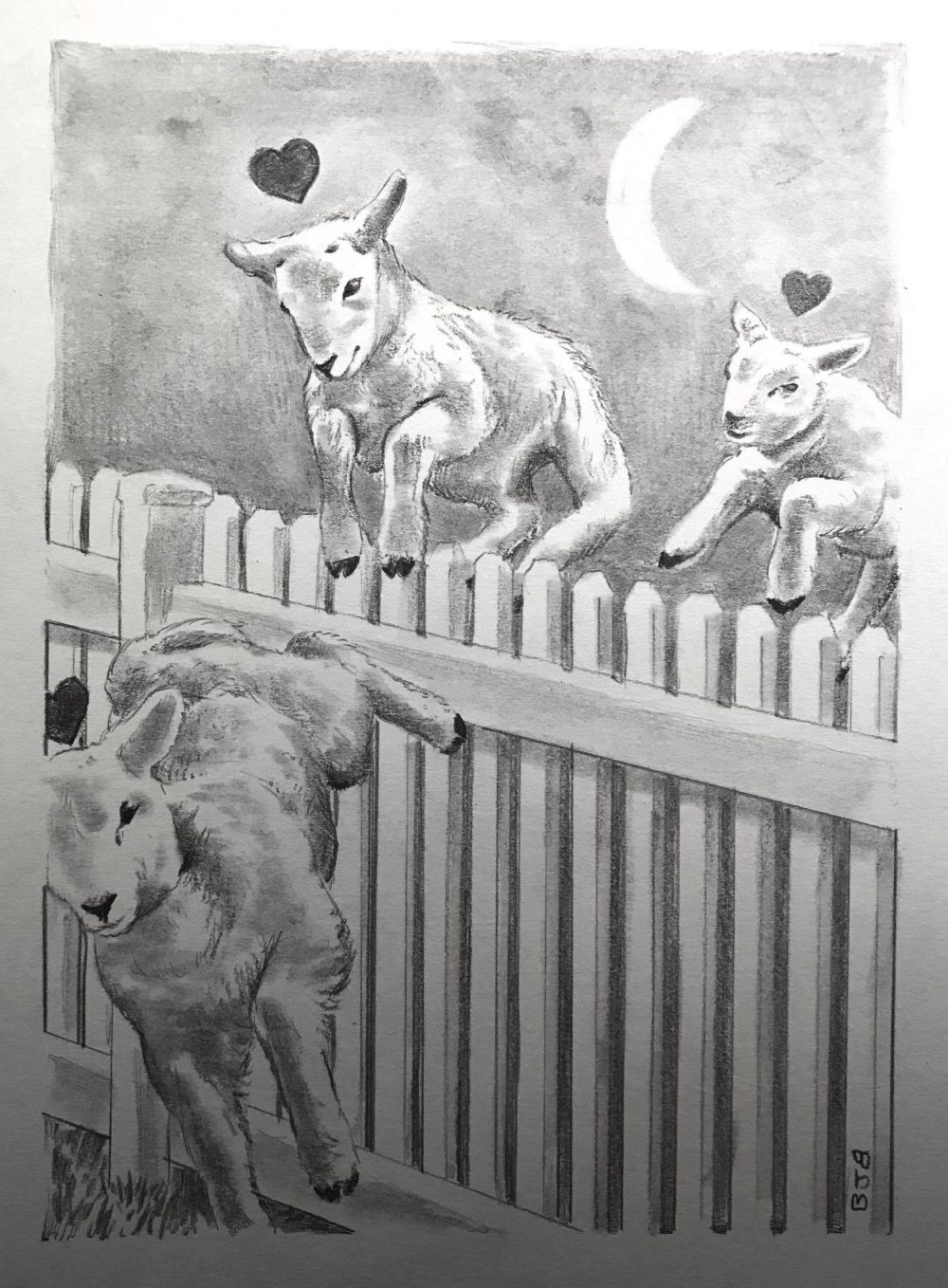 Sasha cannot sleep because she is thinking about Chris, on whom she has a crush.

Chris cannot sleep since he likes Jessica, who does not like him. He stares at the lone lit window of his neighbor’s house, where one of his classmates, Sasha, lives with her family.

Jessica cannot sleep. She twirls a pink phone cord around her finger and contemplates calling Zach, telling herself that she’ll hang up as soon as she hears his voice. Ultimately, she decides against it and falls back to her pillow, resolving to tell her friend, Chris, about how she likes his friend, Zach.

Zach rips another sheet of paper from his notebook, balls it up, and drops it on the ground, where it joins the others. He cannot find the words to describe Lindsey. Their elusion keeps him awake. A train whistle cuts through the night. In a burst of inspiration, Zach thinks he can do something with it. He fervently pens a quatrain. If Jessica were to read Zach’s verse, which makes no mention of Lindsey’s name, she’d be able to sleep.

Lindsey reads the label on the pill bottle for the thousandth time. Since she can never sleep, her parents brought her to a doctor, who prescribed a drug called Ambien. A train whistle cries in the distance. Lindsey feels an affinity with its sound. She is in love with a girl in her English class, Sasha, but of course she cannot tell anyone, least of all her parents. Plus, this guy, Zach, who is also in English class, writes cryptic poetry, which Lindsey believes is about Sasha. In all likelihood, Sasha reciprocates Zach’s feelings. Lindsey hates him for it. She tugs at the silver crucifix around her neck. Her mother bought it for her last Christmas and gave it to her after midnight mass. Lindsey tries to decide if she should take no pills, or all of them. She lies awake on the hammock of her indecision.

Lindsey’s parents drink cocktails before bed and pretend that their daughter is fine. They sleep deeply.

Dan Kennedy is a fiction writer in Virginia Tech’s MFA program, where he won the 2017 Emily Morrison Prize in fiction. He grew up in Pennsylvania and graduated from Boston University with a BA in English. His first published story is forthcoming in BULL.