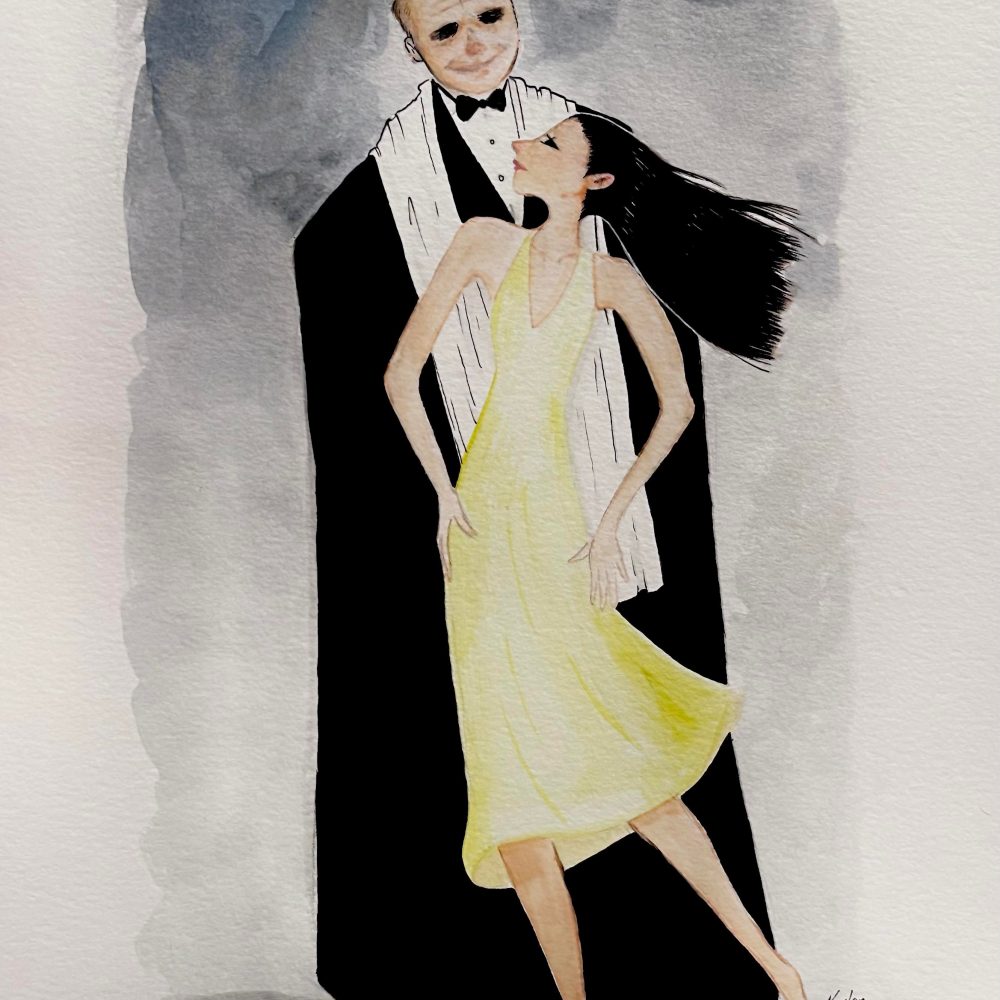 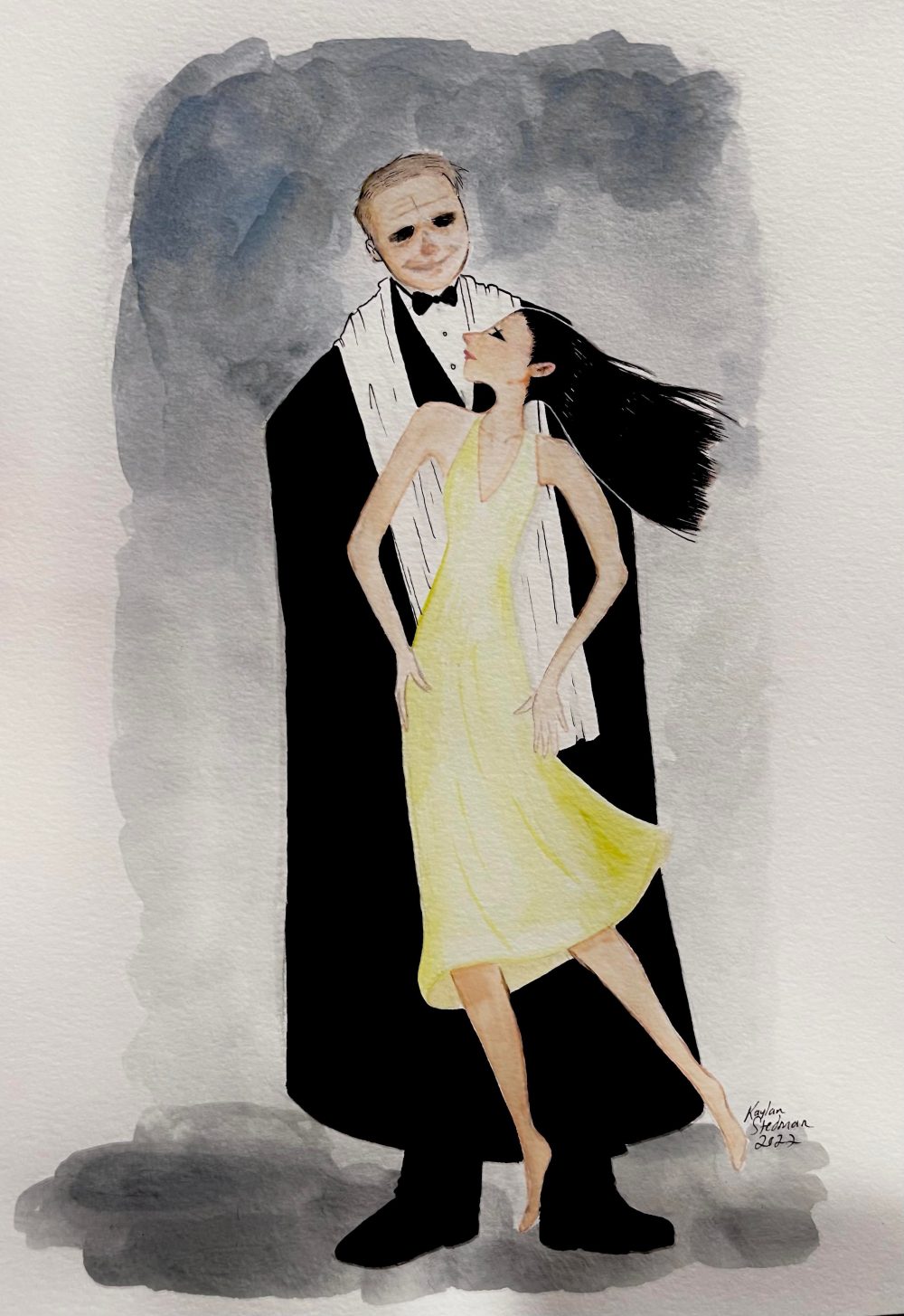 Luli counted birds outside her living room window while waiting for her lover. Eight goldfinches, ten, almost a dozen. Greedy creatures elbowing a worn green feeder. She used her pinky finger to iron a wrinkle on her canary pencil skirt. He doesn’t like wrinkles, especially not on his women. Her twentieth birthday loomed; she was prime for his plucking. A scent of star anise floated in from the kitchen. She hoped he would beg for seconds; sanbeiji was his favorite after all. A space heater hummed near her bare toes.

Never wait for a man to fix things, Ma warned. That was after Ba (who used to make her laugh until she cried) left the two of them with a busted water heater. Luli was young then, but not too young to forget the indelible dampness of their moldy basement flat, and how they shivered no matter how much medicine man tea they sipped pretending to be empresses, white tissue paper crowns slipping off their heads.

All the laughter had evaporated.

On the night they met Luli wasn’t supposed to be performing but a clarinetist had called in sick. The raindrops tapped lightly during the concert and after, a storm had flooded the alleys. She forgot her umbrella and he insisted on walking her home. Their footsteps fell in sync as they walked alongside a set of train tracks, where freight cars rumbled by delivering food and supplies to northern troops. Smiling with his eyes, he complimented her peacock blue coat with white plumes lining the collar.

The other girls had warned her about the conductor, how he fancied the youngest dolls. She never mixed anything with love—not work, not music, not sex. He was too old for her anyway. She declined when the girls invited her to a party at a violinist’s garden. Parties were dull, and violinists needed their egos stroked. She knew the girls found her coldness off-putting; she found their gossip tiresome. Performing music—and the flutter it revealed in her ribs—was the only thing that mattered.

Walking through puddles on streets dotted with cypress trees and red lanterns for the lunar new year, Luli barely noticed the rain. The conductor was tall, his height adding to his authority. A charcoal trench coat with flapped pockets hugged his sides. They talked and talked: dead composers, dead dreams, dead fathers. His voice was deep and melodious, familiar and haunting. His eyes promised devotion. The more they talked, the more alive she felt. He took her hand in his, kindling her with his warmth. By the time they arrived at her flat, her clothes were drenched and her lips were flush with desire. In her bedroom, he peeled off each garment and his mouth cured her dampness.

When she teased him about plucking virgins, he held up his hands in mock defense and then, meeting her pouting eyes, burst out in a fit of laughter. His laughter, a deep bass rumble, reminded her of Ba. As the sides of his mouth crinkled like rice paper, she knew that she would wait for days, weeks, even years, to watch him laugh again. A fire lit in her belly.

Remembering that first night made Luli shiver. It was dark outside. The goldfinches had flown home. The chicken was cold. Her appetite, gone. Darkness seeped into her throat. She heard a nightingale’s trills outside, an attempted mating song. Pitiful. He wasn’t coming. She rose, turned off a rusted lantern. She had grown weary of him, a stand-in for her disappearing father, along with a gangplank of clownish suitors she cast away with their pitted midnight promises.

You were wrong, she wanted to tell Ma (but she was gone too). There are some things I can’t fix myself, and there are some I can. She stared down at her belly; a warm flutter rose in her ribcage. She hummed a tune about a miner’s daughter. Lost darling.

Outside her window, fiery city lights blinked back at her, an invitation. A passenger train whistled in the distance, another invitation. The nightingale’s song spills over treetops in a soaring crescendo, a thumping rhythm awakening her slumbering heart. She doesn’t know the birds won’t be returning tomorrow; neither will her lover. Luli had stopped waiting.

The daughter of Chinese immigrants, Jen Soong grew up in New Jersey and now resides in northern California. An alum of Tin House and VONA, her writing has appeared in The Washington Post, The Audacity, Jellyfish Review, Cosmonauts Avenue and Waxwing. She received her MFA in creative writing from UC Davis. Her memoir-in-progress is a reckoning of myth, migration and memory. Find her work at jensoong.com.