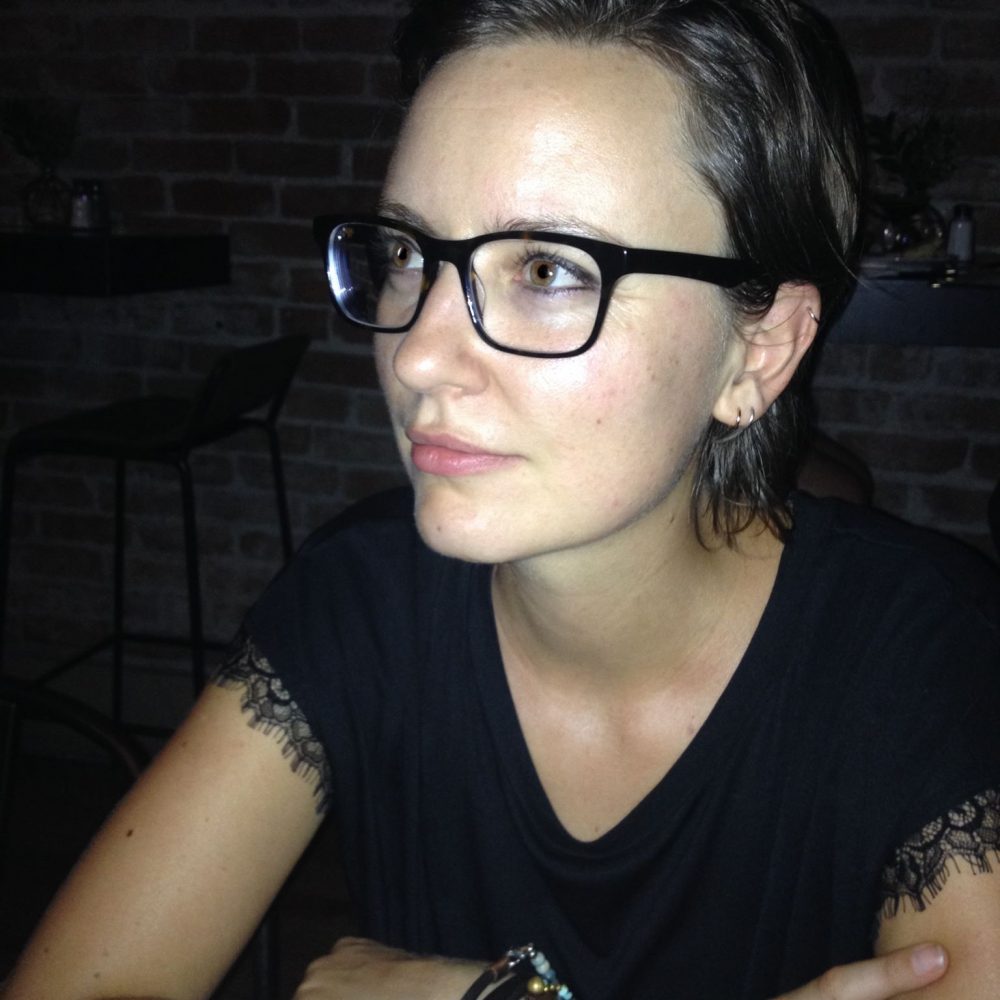 I’ve lived in LA for as long as the year is old, minus one day, and I’ve loved almost every second of it. Per another cliche, I was spending a lot of time inside vehicles. And although biking may not be the first thing that comes to mind when you think of the Big Orange aka La La Land, I’m here to tell you that it’s making an honest effort to help you change your mind. In Downtown LA you will find bright green bicycle lanes, and I even found one (!) bicycle stop light. I like to imagine an ambitious city planner stole it from Amsterdam but bulky as it is, it was all their suitcase could hold, and so it ended there. But still. Look for the signs and you shall find! (Hint: They will be overshadowed by giant billboards and perhaps even covered in graffiti, but will read: Bike Route.)

Following a careful perusal of the extensive, varied two-wheeled offerings on Craigslist, I landed on a “Vintage Nimble Cruiser” that I bought later that evening from a lovely human in Los Feliz, LA’s hipster central. The Nimble Cruiser and I got along from the get go. I pushed us off from the sidewalk it had been parked on for many moons and we whirred down the street, before we came to a shaky halt and wheezed back up the hill to my car, because, well, in LA and one does not simply bike around late at night without a helmet, flashing emergency lights, an orange reflective vest, a truck horn, a broom car, a chaperone, knee pads, a pillow tied around your waist, a lance, and you know, pepper spray.

The Nimble Cruiser and I had our work cut out for us. On a spare day, we explored potential routes to work. As it turns out, my part of town may not exactly have green bike lanes, but here and there it sure has severely faded road markings that either are intended to guide bicyclists or made by a mutinous traffic control technician. Not counting that one giant intersection, involving crossing two sidewalks and navigating a busy bus stop; uneven pavement, no pavement, stray trash, stray trash cans, stray shopping carts, wide open swinging car doors, grit kicked up by busses, bad adjusted lawn sprinklers, illegally parked vehicles, renegade pedestrians and long lights, it wasn’t bad. I cleared the route in less than 30 minutes, approximately the same amount of time I’d sit in my car, sitting in traffic. Meanwhile, the Nimble Cruiser sang like an old traditional Indian song, a bit too high, a little rusty and off-beat, but ever rhythmic and spirited. Either way, I couldn’t convince myself to empty out a can of WD40 to make it stop. Plus, it was a safety issue. Though my color-matched bell brrr-ringed clear and happy, I didn’t need it, because at normal speed, the Nimble Cruiser was perfectly capable of announcing itself from ample distance.

That same first week, we cruised to Marina Del Rey, asked for directions to Venice Beach and chilled in Santa Monica. We rode along an older gentleman looking for a date, wished him well and sat on the beach. We rode the train. We rode the subway. At home, it lived on the front porch where it was sheltered from the elements. (No, there are no elements in LA, but if there were, it was totally protected from them, k? Climate change anticipated: check.) I researched joining bicycles rallies, nighttime rides, I reorganized my closet and separated “nice” work clothes from “less nice” work clothes to wear to work on days I’d bike. I bought a better deodorant. I made a special playlist. I felt healthy and fit as long as I didn’t think of breathing in twice the smog.

Then, one morning, not even two weeks later, the Nimble Cruiser was gone. It had disappeared without a trace. There were only so many places on the porch where it could be and it wasn’t in any of them. I called my landlady, who hadn’t seen it, but she had heard the dogs bark with alarm in the middle of the night, whereas normally the Second Big Bang couldn’t wake them. LA’s asset relocation professionals anticipated: uncheck. Stubbornly, I walked to the train station, determined to not let it push me back into my car. In the shadow of a tree, I found a $100 bill. For a moment, my luck had turned, I knew. The streets of the City of Flowers and Sunshine were really paved in, well, green. But the bright pink Chinese markings on the back and the crisp, hard-edged paper could only fool me for so long.

I bought another bike off Craigslist. I met the guy at noon at a corner liquor store in Central LA. He lifted it off the back of his truck for me. Nice guy. I didn’t ask. I paid cash.

In her early twenties, Dutch-native Lilian D. Vercauteren came to the US to see what the fuss was all about. More than a decade later, she has barely scratched the surface of discovering the American spirit. An alumni of The Writers Studio Tucson, her fiction has been published by the Lowestoft Chronicle, The Missing Slate, Fiction Southeast, Maudlin House, and After the Pause. She is currently looking for a home for her first novel, a comedy of errors about a fish out of water, the potluck phenomenon and apple pie. www.lilianvercauteren.com
@LDVercauteren