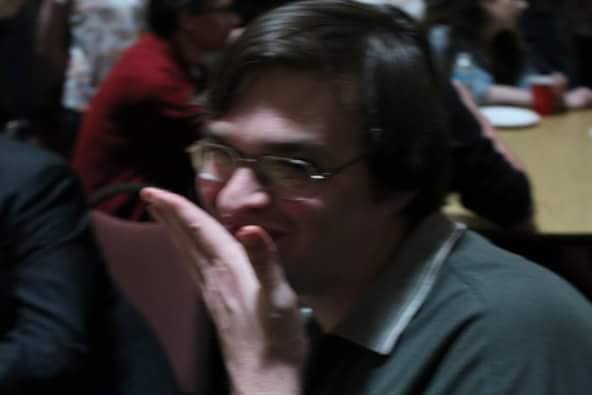 Let me start with a caveat: I actually like you. You seem funny and personable in the media. You are a good actor from what I have seen. You are currently starring in the London production of Angels in America, an iconic play about the AIDS epidemic written by an important gay playwright. However, on behalf of the LGBTQ community, I just wanted to let you know something: We don’t need you.

Recently, you were interviewed and were asked about how you were preparing for your role in Angels and he said he was watching RuPaul’s Drag Race on his days off. You added that you felt like, “A gay man without the act.” This caused a swift firestorm of criticism in gay social media. One user on Twitter even called you the gay community’s version of Rachel Dolezal. If this were a one off thing, I would be willing to overlook this gaffe. Overall, you have been an ally to the community. However, this is not the first time you have accused of gay baiting. Just a few months before this, you pulled a stunt by making out with Ryan Reynolds after he lost the Golden Globe for Deadpool. Back when you were still known for playing Spiderman, you questioned publicly whether or not Spiderman could be bisexual or gay. You even picked out a potential love interest, saying you were “obsessed” with Michael P. Jordan and the idea of a gay interracial relationship for Spiderman. All of these examples always include the disclaimer that you are 100% straight. There are probably even more examples of you gay-baiting, as you seem to test these waters on a semi-regular basis.

I understand it is still difficult to come out as gay in Hollywood, especially if you often star in action movies and leading male roles, which seem to be your niche at the moment. It’s probably even harder to come out if you do not feel like a Kinsey 6 (i.e completely homosexual) but maybe fall on a spectrum. Even the LGBTQ community, especially gay males, are still grappling with the idea that bi/pan/ fluid people are part of our community. If you come out next week as anything but straight, I will embrace you as one of us.

Barring that, I am going to need you to pull back. Be an activist, not a tease. We will welcome you as an ally. You see, we no longer live in a world where we can be assured that the LGBTQ movement is going forward. We could suffer major setbacks in the next few years. We need visibility, and more importantly, you don’t need shame. Every time you pull a stunt or say you feel like a gay man even though you are straight, you seem like you are hiding something. Maybe not to everyone, not the people who see sexuality as a spectrum, but to the people still stuck with old paradigms, you seem “queer.” If you can be straight, so can the gay kid in the small town who gets beat up every day. If you can be straight, so can the bi girl who won’t talk about her attraction to females, only males, thereby feeling like half a person. Not too long ago, it seemed those walls were coming down. Now it seems the social conservatives are coming behind us and putting them back up.

You can be an ally or you can be part of our community, but you can not be both. Not at this moment in history. Give us a few years to get some progressive legislation and maybe a gay world leader of a major country, and we’ll revisit whether or not you should be making out with Ryan Reynolds in public. I will admit it was hot.