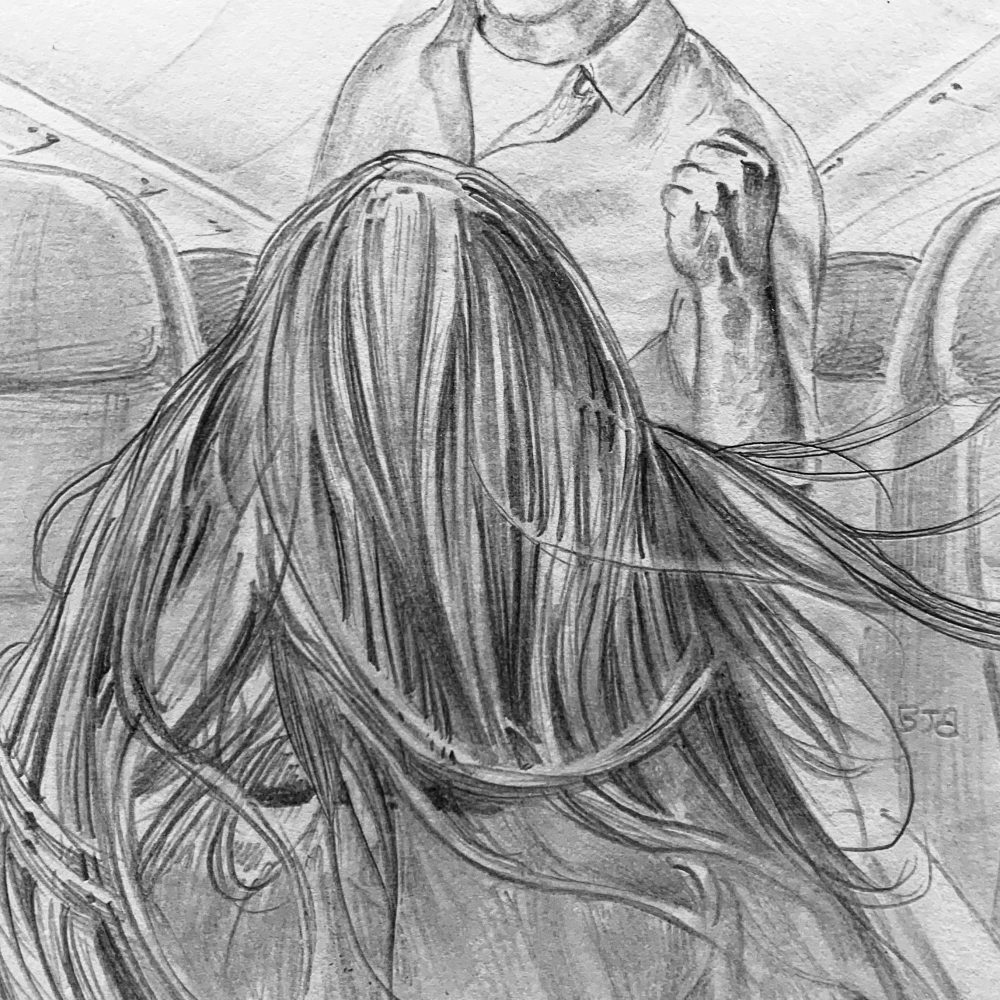 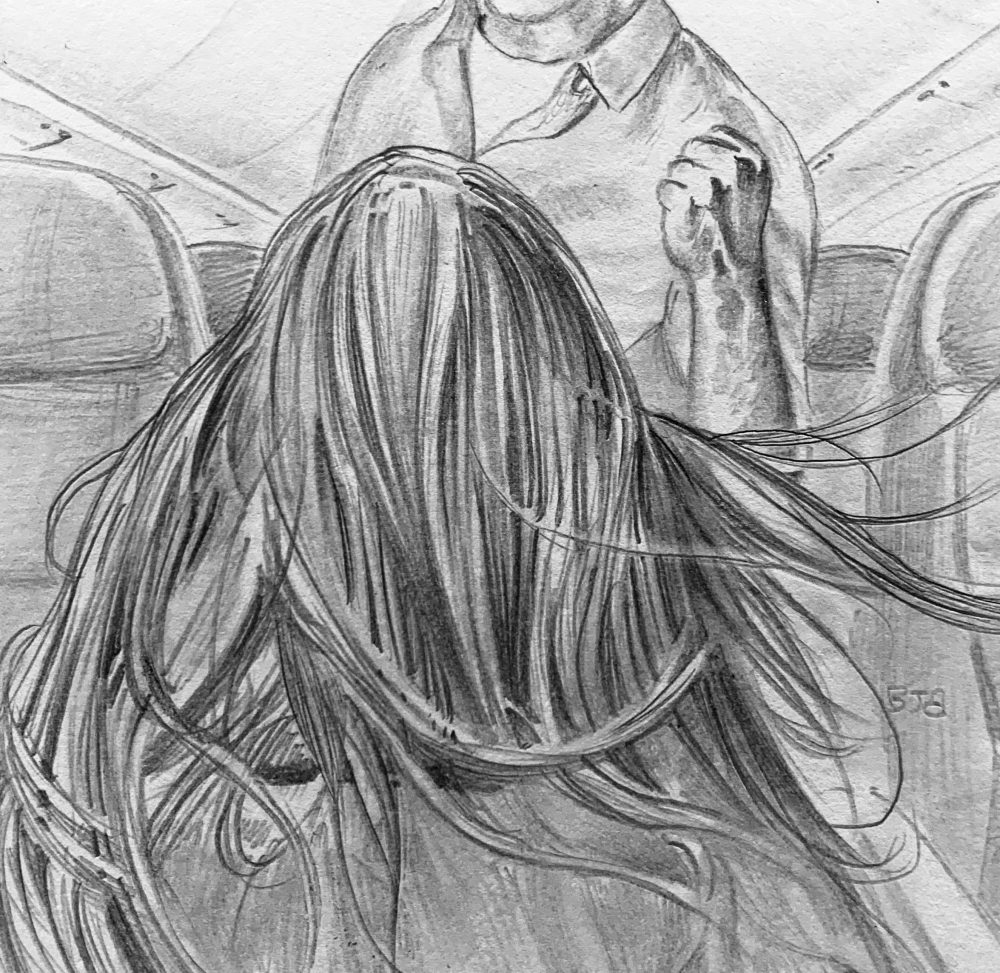 So a friend of mine got hit by another passenger on a flight and she still isn’t sure what to do. I said, “He assaulted you, Samantha, you have to press charges,” and Samantha said, “Why bother.” It was domestic — Dallas to Atlanta — and the man was evidently older. The flight got in late, everyone was deboarding, Samantha just wanted off the plane.

“I guess he did too,” she said not joking, explaining how the man wasn’t ready “so I started to go past him in the aisle.” I guess he thought she should have waited her turn or maybe was being disrespectful; whatever the reason, he reached up and punched her where she stood.

Somebody yelled, “That’s no way to treat a woman;” the man’s wife gently whispered his name. “I just felt so trapped,” Samantha said, “all those people around me,” while the man went for another swing. “There was nowhere to go;” he whaled and he whaled, fists landing hard on Samantha.

She wouldn’t hit back: “He was just an old man — reminded me of my father.”

Terena Elizabeth Bell is a fiction writer. Her debut short story collection, Tell Me What You See (Whiskey Tit), is forthcoming Holiday 2022. Her work has appeared in more than 100 publications, including The Atlantic, Playboy, MysteryTribune, and Santa Monica Review. A Sinking Fork, Kentucky native, she lives in New York. Fund future writing at buymeacoffee.com/terenabell.