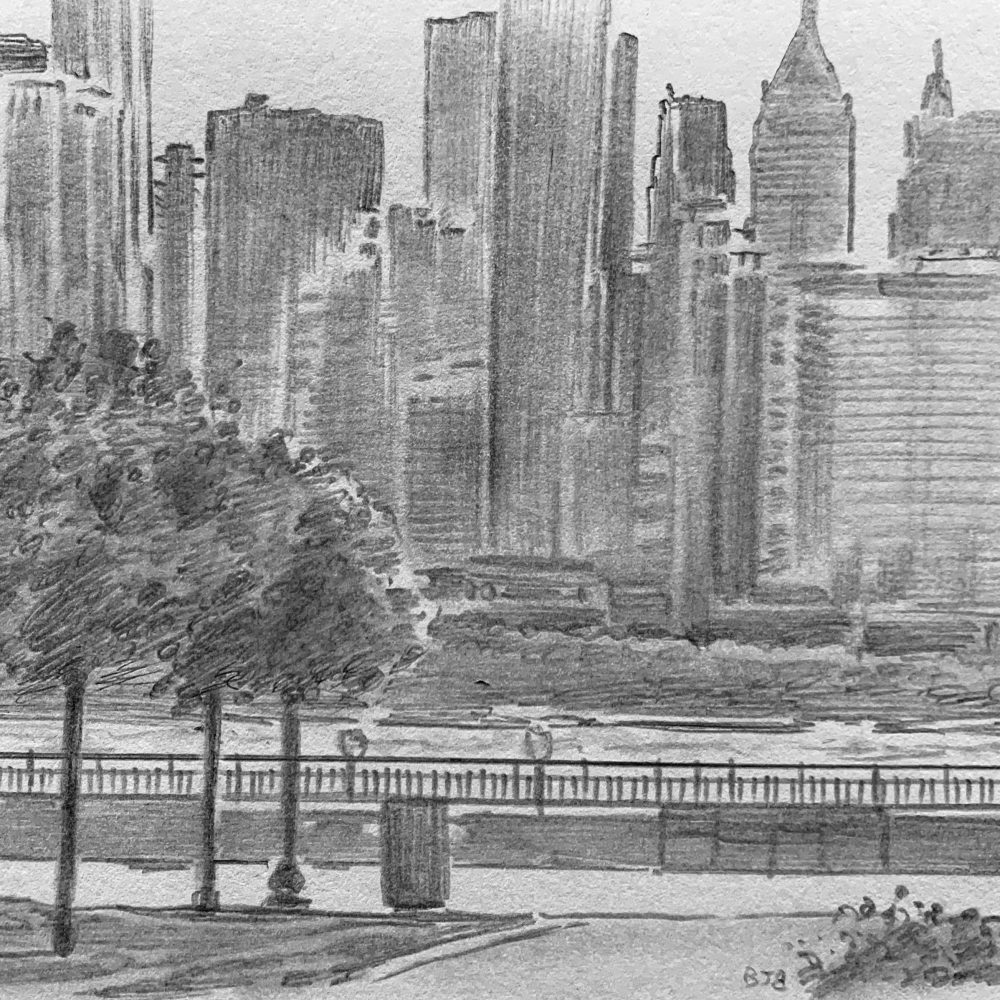 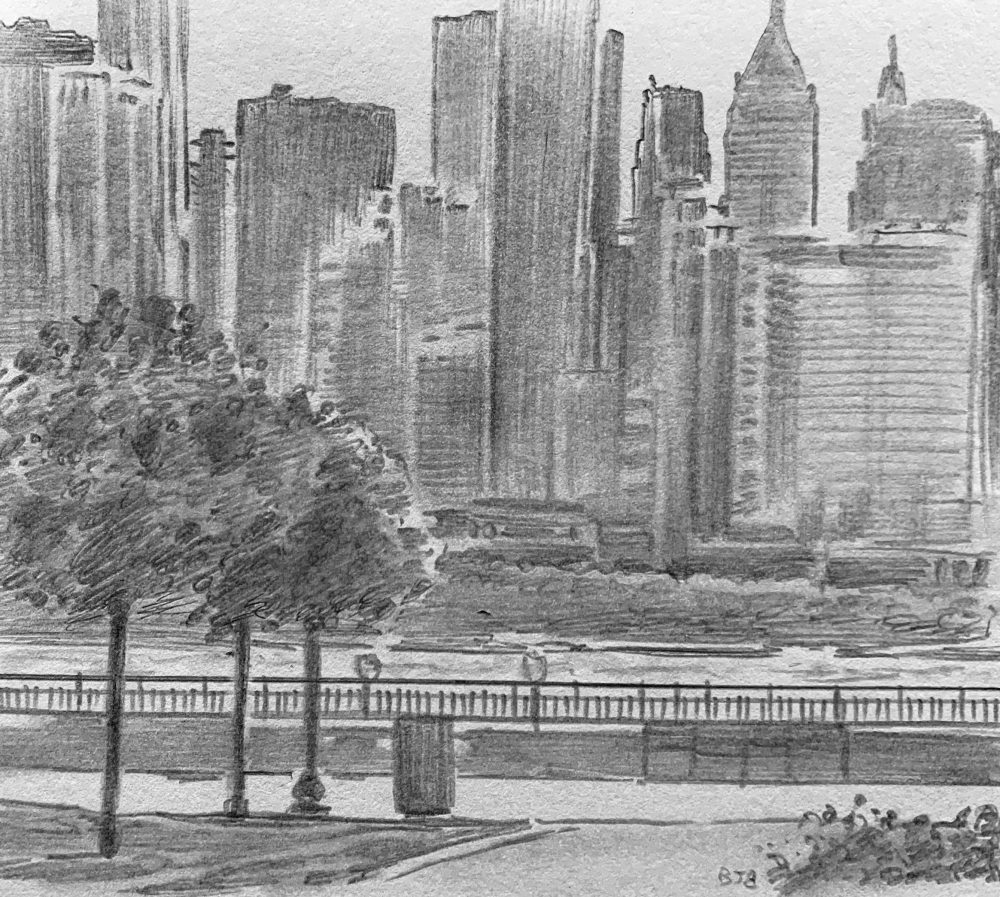 We’re six days into summer when Jeff asks me if I want to see something dead. I’m sitting in the grass at Liberty State Park, looking across the bay at a skyline that’s just out of reach, when Jeff approaches me. He’s been hanging out at Liberty Park every day since graduation. He rushes up to me all breathless, his baggy shirt covering a lumpy frame. He tells me something dead washed up against the rocks while he stares down at the frayed line of denim barely covering the top of my thighs. I cut all my pants into shorts a week ago to beat the summer heat.

I hesitate. Jeff’s cried wolf before. After winter break, he told everyone he fell in a skiing accident and you could see the bone pop through his knee. When he showed us, it was just some missing skin, a stretch of shiny pink softness.

But I’m bored and sitting alone in the park and it’s not even a full week after graduation and I think if this is the way my summer will crawl by I might need a lot of dead bodies to fill my afternoons.

Though Jeff is likely full of shit, it’s not impossible for a dead body to be found in the Hudson. It’s a dirty, dank stretch of water between Jersey City and Manhattan. Plenty of things wash up on the shore, as if warning us to stay on our side.

Anyway so it’s not a dead body, I learn after agreeing and following Jeff to the edge of the sidewalk. Just a skunk carcass, all rotten and smelly and sunken on the edge of the rocks. Jeff’s leaning over the railing of the sidewalk, looking down at the dead thing as water slaps it, smooth grey stones turning glossy ink black.

“What killed it though?” Jeff keeps looking at it. “How did it get over here? Was it dragged into the water and fighting for survival?”

“I’m going to get some ice cream,” I say, wrinkling my nose at the stench and thinking of the cool A/C in the shop down the road that’s still giving free scoops to graduating seniors. I leave Jeff alone to stare endlessly at his corpse.

When Jeff asks a few days later if I’ve ever seen a person attacked by an alligator from the river, I have to roll my eyes.

“There are no alligators in the Hudson,” I tell him.

“Well I swear I saw one attack somebody. There’s still a bloodstain on the rocks. I’ll show you where.”

I follow Jeff for a least half a mile up the waterfront walkway, the skyline teasing me to my right. We don’t talk. Jeff keeps his eyes fixed over the edge of the railing, at the sweet spot where the shit brown water hits the rocks, looking for blood stains.

“I swear I saw it,” he mumbles, still walking, still looking, and I fall back, letting Jeff continue on his quest without me. I’m not in the mood today.

Jeff seems to be at Liberty Park every afternoon. When he’s not bugging me he’s sitting on a bench, wearing headphones, his eyes closed. Sometimes I hope he doesn’t see me, but sometimes I’m glad he’s there, that somebody else gets that feeling of wanting to be out of the house. I only come here because I’m not allowed to go into the city unchaperoned, so this is the closest I can get, staring at a skyline I can’t wait to explore one day.

Three weeks later, I see the body first. It’s barely nine in the morning and there’s a crowd of onlookers on the waterfront walkway. Police flood the scene, yellow tape keeping everyone back. Everyone’s facing the sloped stretch of rocks leading down into the water.

When I see her frame, I stop still. I close my eyes. I take a deep breath. I open and inch closer, peering through the crowd to see her body. She’s small, my age. Her dark hair sticks to her face, her skin bloated and tinted blue.

I’ll never be able to go back to pretending with Jeff. There is a before, then an after.

When I see Jeff sitting on his bench in Liberty Park, he’s got headphones on, eyes closed. I sit next to him. His music sounds angsty, loud. I tap his shoulder. He removes his headphones.

“You saw her, right?” I ask quietly. He nods at me, then turns back to face the harbor. He’s staring out into the distance, thinking about something, I’m not sure. Perhaps the reality and terror of what looms in front of us: a future undefined, a horizon that exists beyond the buildings.