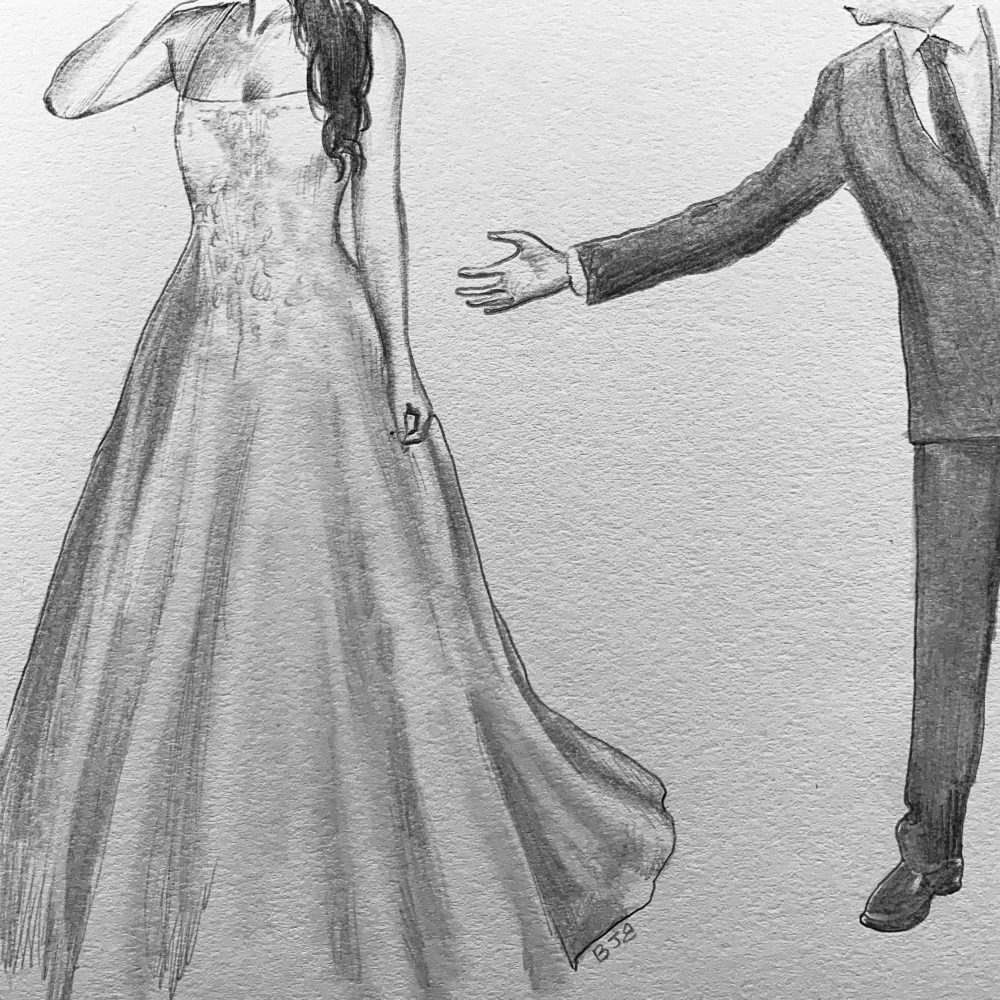 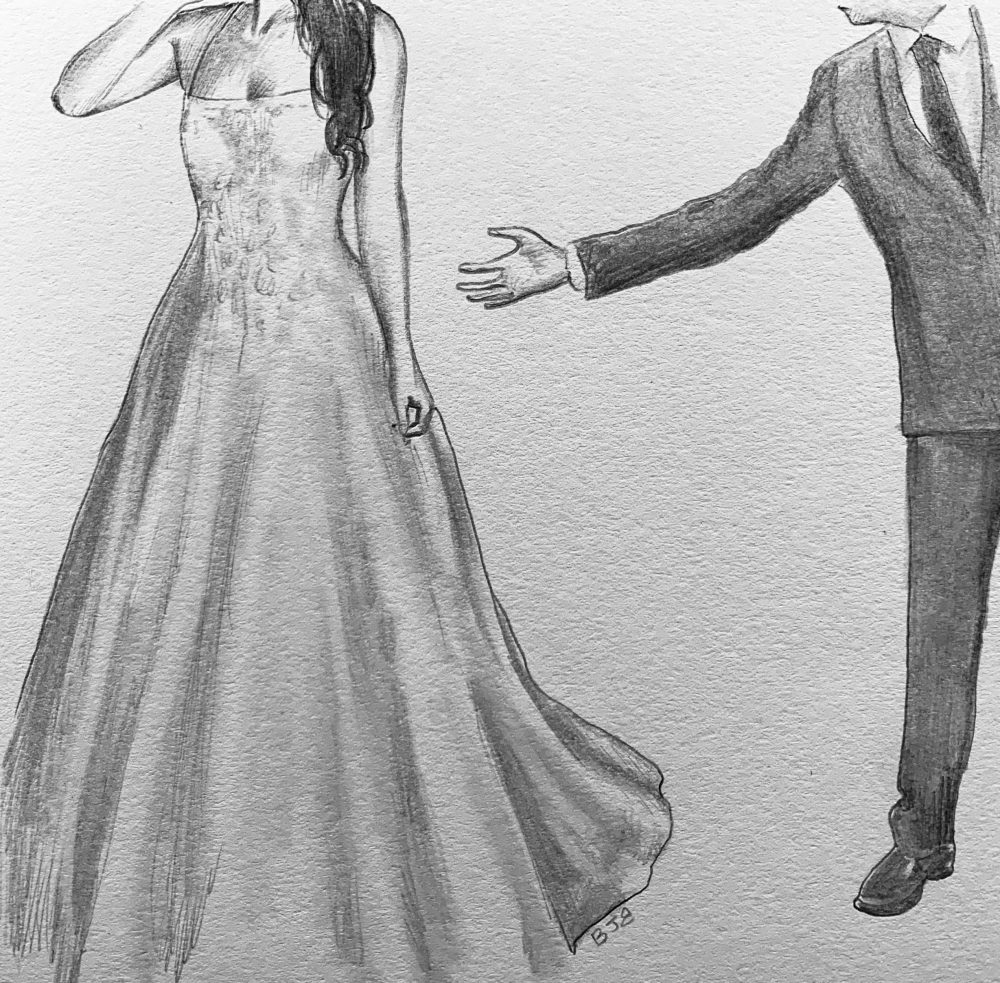 After she hung up her new prom dress, her father wanted to know who was taking her. “Dennis,” she said.

“Does Dennis have a last name?” he said.

“A Japanese boy? Absolutely not.”

Her father had been in the war, but he’d fought in Europe, not the Pacific. She’d gone out with a boy with a German name. He lived three blocks away, not far from where Dennis lived. “You will not leave this house. I’ll make sure of that. He can knock on the door all night.”

“His parents are Japanese. He’s American.”

“That’s what he thinks.”

He made her call. He stood beside her like a home invader, telling her to talk normal and make it short. “No crying on the phone,” he said. “Promise me. Just a simple ‘Sorry, I can’t.’”

There was one phone in the house. In the kitchen. Plugged into the wall. He stood by the sink while she kept her promise. After she hung up, he said, “Another boy asked you. Your mother bragged about it. You know how she talks. When she said one was Japanese, it sounded like she thought you’d caught some kind of special fish. Call the other one. You want to wear that dress, right? That dress is pretty, right?”

Yes, she thought it was. A white, flower-print, sleeveless top sewn into a long pink skirt. She’d put off telling the other boy “no,” saying she might not be allowed to go, that her father didn’t like the idea of her going into the city at night, being driven there by a boy he didn’t know, all of which was true. She’d promised to call because she was embarrassed to say it to his face.

She’d wished he hadn’t asked her. Now she wished she was somebody who didn’t call him and say “yes” and listen to his joy for a minute while her father smoked and watched television in the living room. Her mother said, “Maybe Dennis will think you picked Michael just because.”

“Maybe he’ll think it’s because we celebrate V-J Day every year,” she said.

“Don’t be so sarcastic,” her mother said, but the girl was already crying because she knew that it was true.

Michael’s first and last name combination was so common, there were three others in the high school. One was even in the senior class, their brand-new 1966 yearbook photos side by side with middle initials included to tell them apart. Her date came first because his initial was A. Both of their haircuts were the same as the one Dennis had in his photo two pages later.

Her father made sure to find work to do in the front yard until Michael with the American name walked to the door with a corsage in one hand. She told her mother, “Just one picture” and kept her hands to her sides the way she did when she was posed beside cousins at Thanksgiving.

She danced with Michael six times, never two songs in a row. During the third song, “Yesterday,” she began to hate him when he tugged her close. Dennis wasn’t there.

She let him kiss her goodnight. When she pulled away, pointing to the porch light, he smiled as if she were making a promise for the future in code.

Her saying “Yes” had included a post-prom trip to an amusement park the following morning. A Sunday, but her father excused her from church “just this one time.” She locked the front door and went upstairs to her room to finish dressing. For fifteen minutes, she watched from her window until his car pulled into the driveway.

She stepped back from the window, nearly to the closet where the prom dress she loved hung in the center. She listened until Michael with the initial A knocked on her door. She could not see him from where she stood, but she held her breath and waited until he knocked again, louder this time.

She’d kept her promise to be ready at 11:15 a.m. He had been right on time. And now he knocked longer than she imagined any boy ever would for her. At last, she sat on her bed and waited, eyes closed, for him to hate her, too.

Gary Fincke's new collection of flash fiction The Corridors of Longing was published by Pelekinesis Press in 2022. His long-form short story collections have won the Flannery O'Connor Prize and the Elixir Press Fiction prize. He is co-editor of the annual anthology series Best Microfiction.