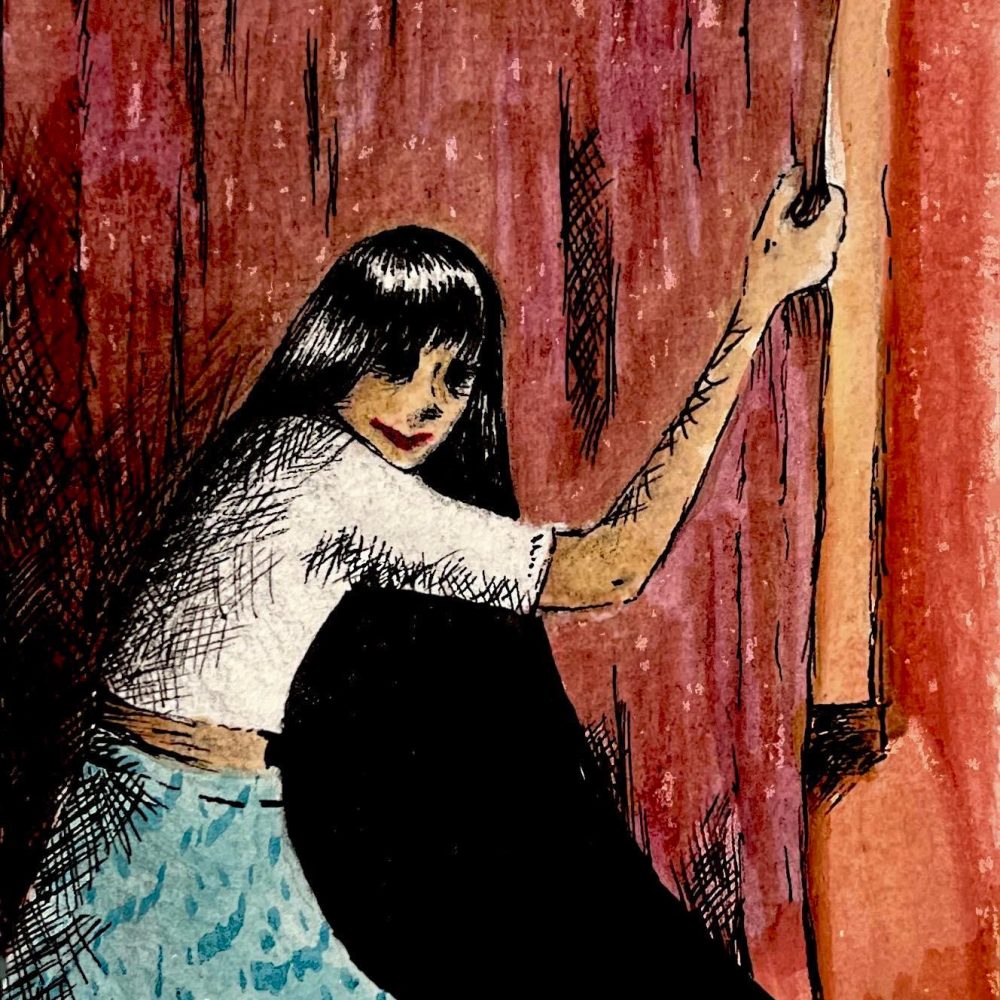 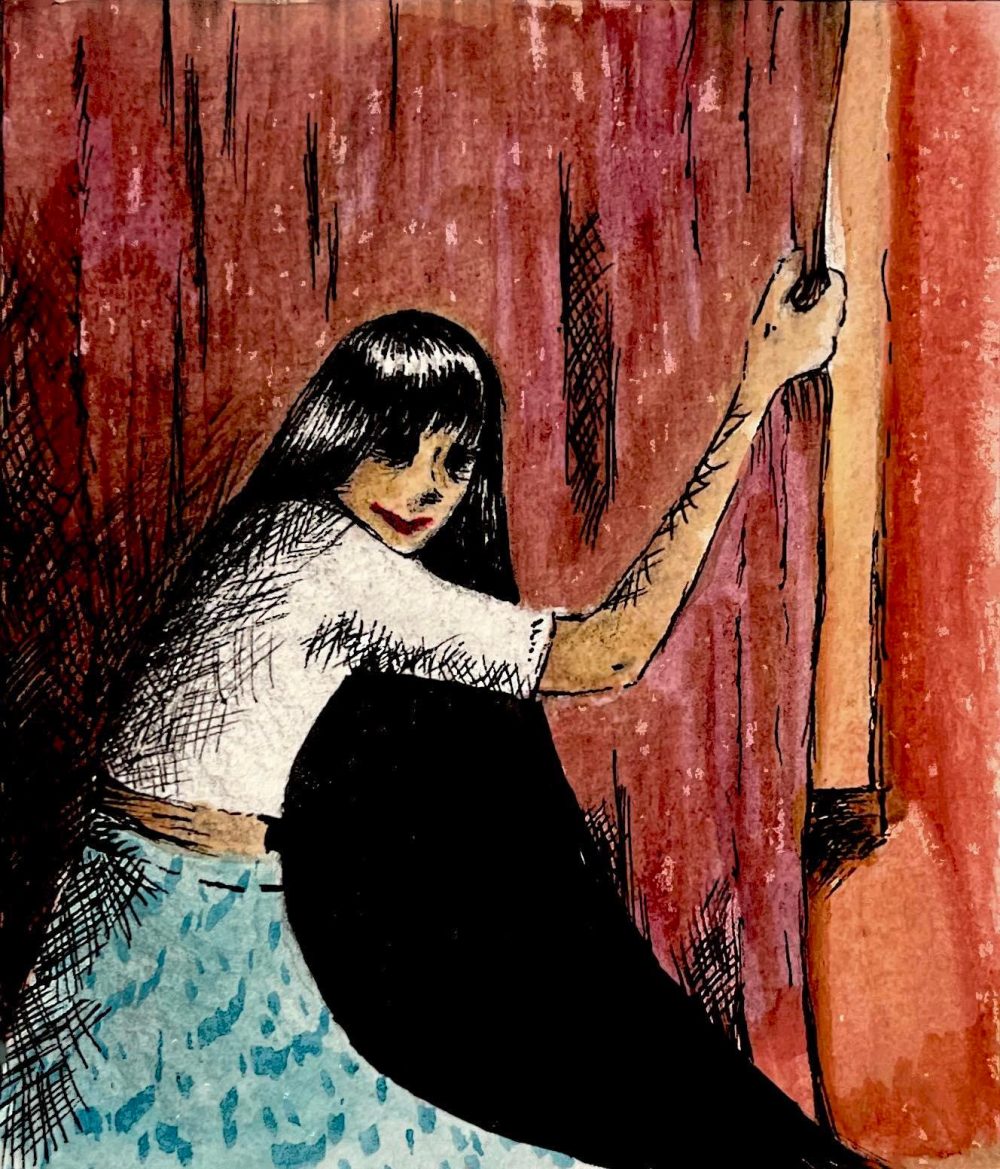 They sit in the overbright living room, Lani on the sofa, her legs curled beneath the spread of her long batik skirt. She’d just plucked it out of her grandma’s dryer and run an iron over it before Yonk showed up.

Yonk is Lani’s boyfriend, “man friend” she calls him since he doesn’t look any more like a boy than she does. He’s twenty with the face of a world-weary stockbroker who just lost all his clients’ money.

When they’d met, she was sure he was forty or so, maybe even fifty, but once he started talking—and he can talk when he wants—it’s like he’s reverse-aging. She was stunned the first time she saw the gloom on his forehead smooth out like melted butter, his shoulders straightening, his chest puffing out, hard as a boulder.  She remembers how shocked she was when she realized they were the same age.

“I like that skirt,” he says, his face turning young.

Lani looks down at her skirt, smooths it along her thigh, says, “Don’t know.”

The silence between them stretches into many minutes of not looking at each other, and not seeing the ugly lamp on the table next to the sofa, the dogs-playing-cards print over the desk, the crocheted Afghan throws scattered around the room. Her grandma’s taste always made Lani cringe. She glances at Yonk, his forehead lined and wrinkled, his nose soft and pocked, his mouth slack and showing a snag of tooth.

Lani doesn’t answer. Looks down at her fingernails, stretches out her arm, clears her throat.

He pulls himself out of the rocking chair. She looks up at him and says, “Wait.”

“Wait a minute.” Lani swings her legs off the couch, plants her feet on the floor, stands. “I need to close the drapes.”

He smirks, his face turning young when he asks, “Where’s the pillow?”

Gay Degani has received nominations and honors for her work including Pushcart consideration, Best of the Net, and Best Small Fictions. Her work has appeared online, in print journals and in anthologies. She has published a chapbook, Pomegranate, a full-length collection, Rattle of Want, (Pure Slush Press, 2015) and a suspense novel, What Came Before (Truth Serum Press, 2016). She occasionally blogs at Words in Place.