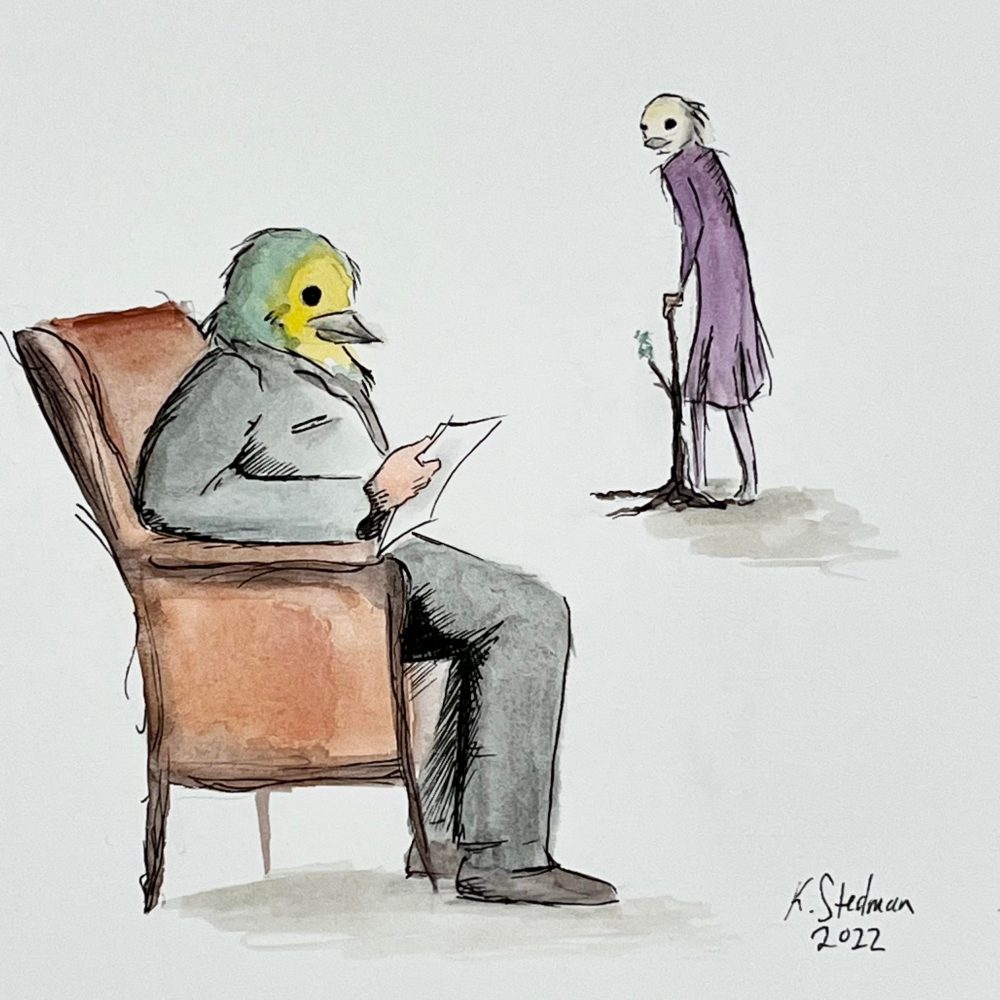 She told the doctor that she was tired of trying to fly. She was a scarecrow since the accident, her legs were made of straw. She could limp very well but fly she would not. This would never now change, and she wanted to fly all the time. He sat there, picking at his beard. Not knowing what to say, not knowing what else he could do. She liked jostling his leather chair, like a cloud she could ride.

The lights in his office were calm and low. He didn’t say anything when she spoke about flight, but she could see that his arms were moving. Those are wings under his shirt, she thought, the doctor is probably a bird.

“I’m afraid to say that I’m done here,” she said, looking at the clock, thinking of the weeks ahead with no doctor’s chair to perch on, no silent visits.

“It’s funny stuff, this wanting to fly,” he said, “when you think about it.”

That was his answer.

She stood up and leaned against her cane, the stick felt like a new kind of problem. Here at the end of her branch, she wanted to let him know that someday, if he ever felt ready, he could fly back to her.