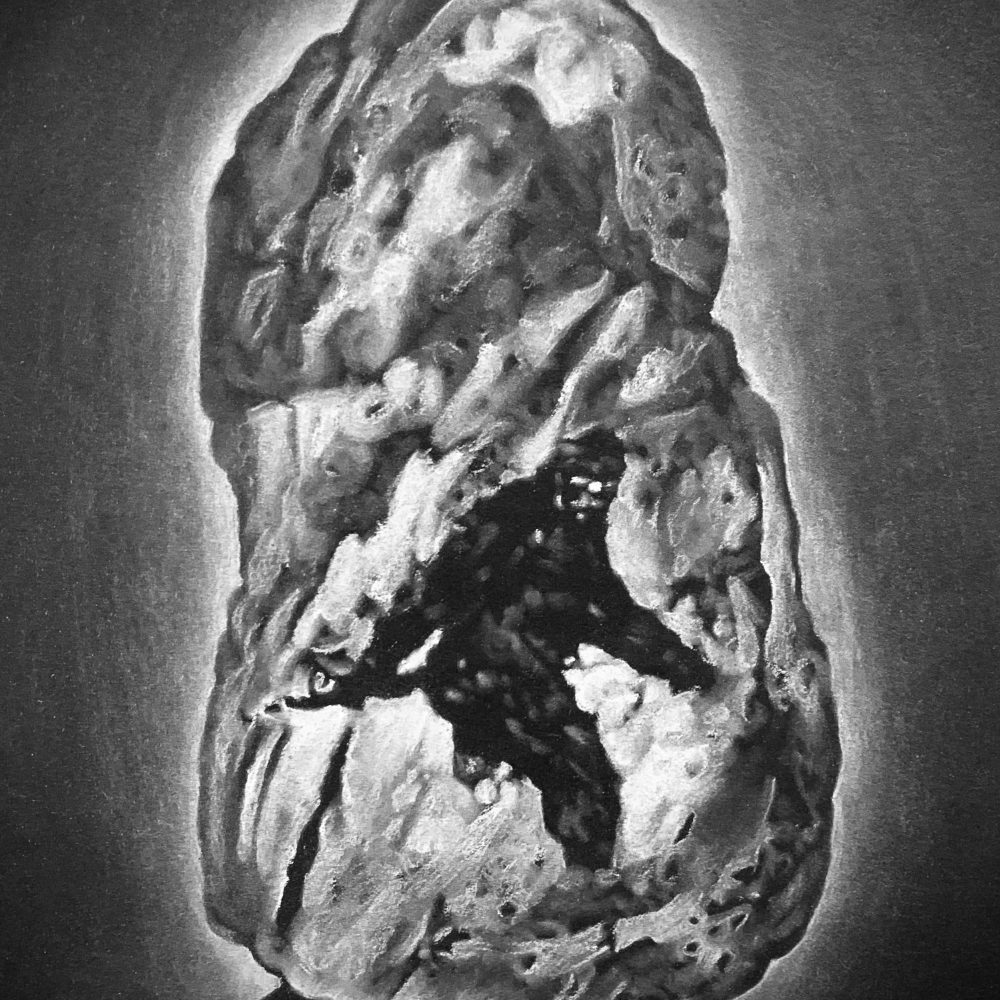 My sister is a Himalayan salt lamp. Hewn from the mountains of Pakistan, she emits a pinky-orange glow, a sunset a shepherd would delight in. I’ve never been into crystals and new-age therapies but I respect the contribution she makes to the interior design of my log-cabin hideaway.

She claims to be able to help with my depression by emitting mood-boosting negative ions. I don’t believe there is any evidence behind this, but her presence is calming in itself and I find I breathe a little easier here in the forest, my lungs less cluttered.

The radio says Bigfoot hunting season is coming back to Oklahoma. There’s a $25,000 reward for his capture. But out here in the forest I never see another person, certainly no sign of Bigfoot. She may come from the land of the Yeti, but whatever her claims, my sister is no expert on the taming of large hairy beasts. There are some demons I have to face alone.

My sister is impossible to keep clean, collecting tiny fibres and skin cells in her many grooves and crevices. When I brush her lightly, bits fall off. Sometimes I touch her surface with my tongue, imagining one of those salt licks for farmyard animals tied onto fences with orange baling twine. If I run out of cooking salt I could chip off a piece with a chisel, grind it with a pestle and mortar. How much could I chip off before she is reduced to her naked bulb interior, her harsh brightness no longer soothing?

I hear my sister’s voice as she flickers in the corner. ‘You’ve had long enough now,’ she is saying. ‘It’s time you transitioned back to the real world.’

I tell her it is too dangerous, there have been Bigfoot sightings only five miles from the cabin. She doesn’t know how I am living, eating mackerel from the can, forgetting when I last washed my hair, digging trenches in the woods to catch Bigfoot.

When I run low on generator fuel, I turn off my sister. I can’t afford the luxury of her comforting glow, but I keep her close at hand, the flex tightly wrapped around the fingers of my left hand, the heavy pink crystal sparkling in the moonlight. If Bigfoot attacks, I know my sister can take on anything.

Rebecca Field lives and writes in Derbyshire, UK. She has work in several print anthologies and has also been published online by The Phare, Spelk Fiction, Reflex Press, The Daily Drunk, The Cabinet of Heed, Flash Flood and Ellipsis Zine among others. Tweets at @RebeccaFwrites