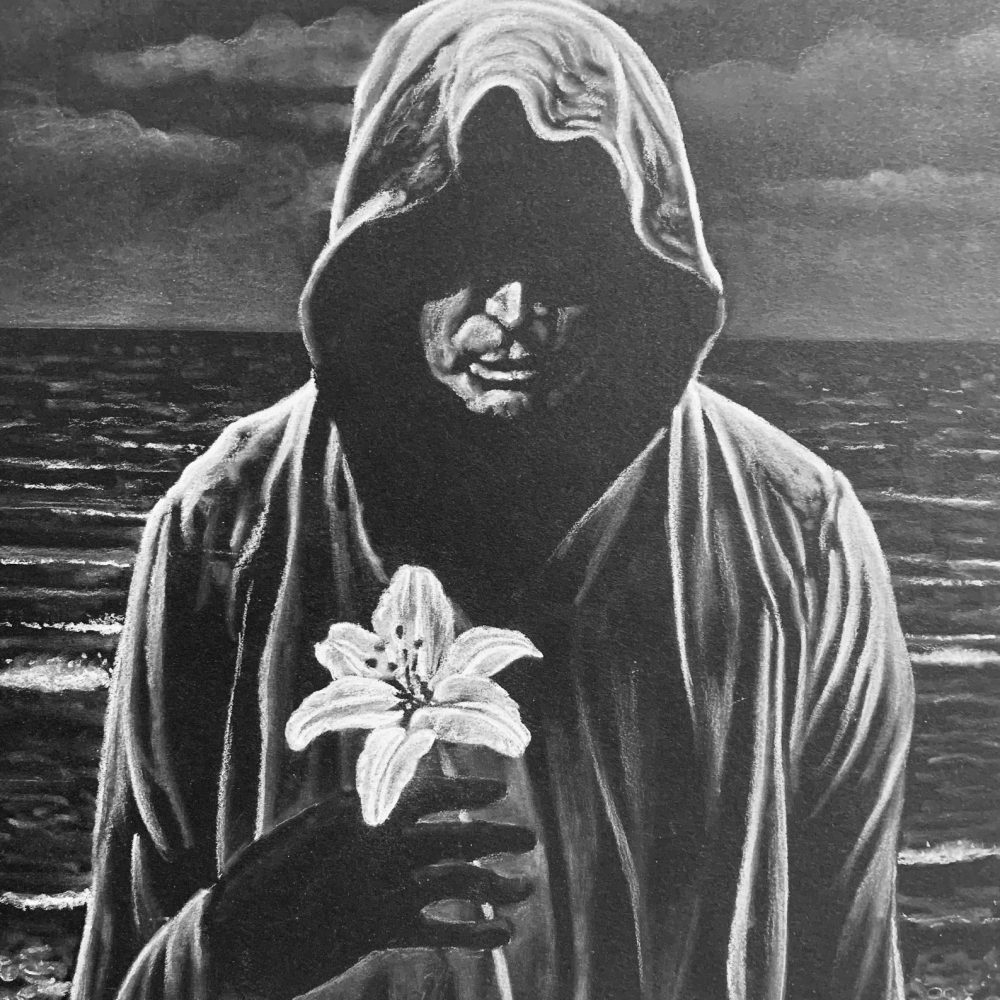 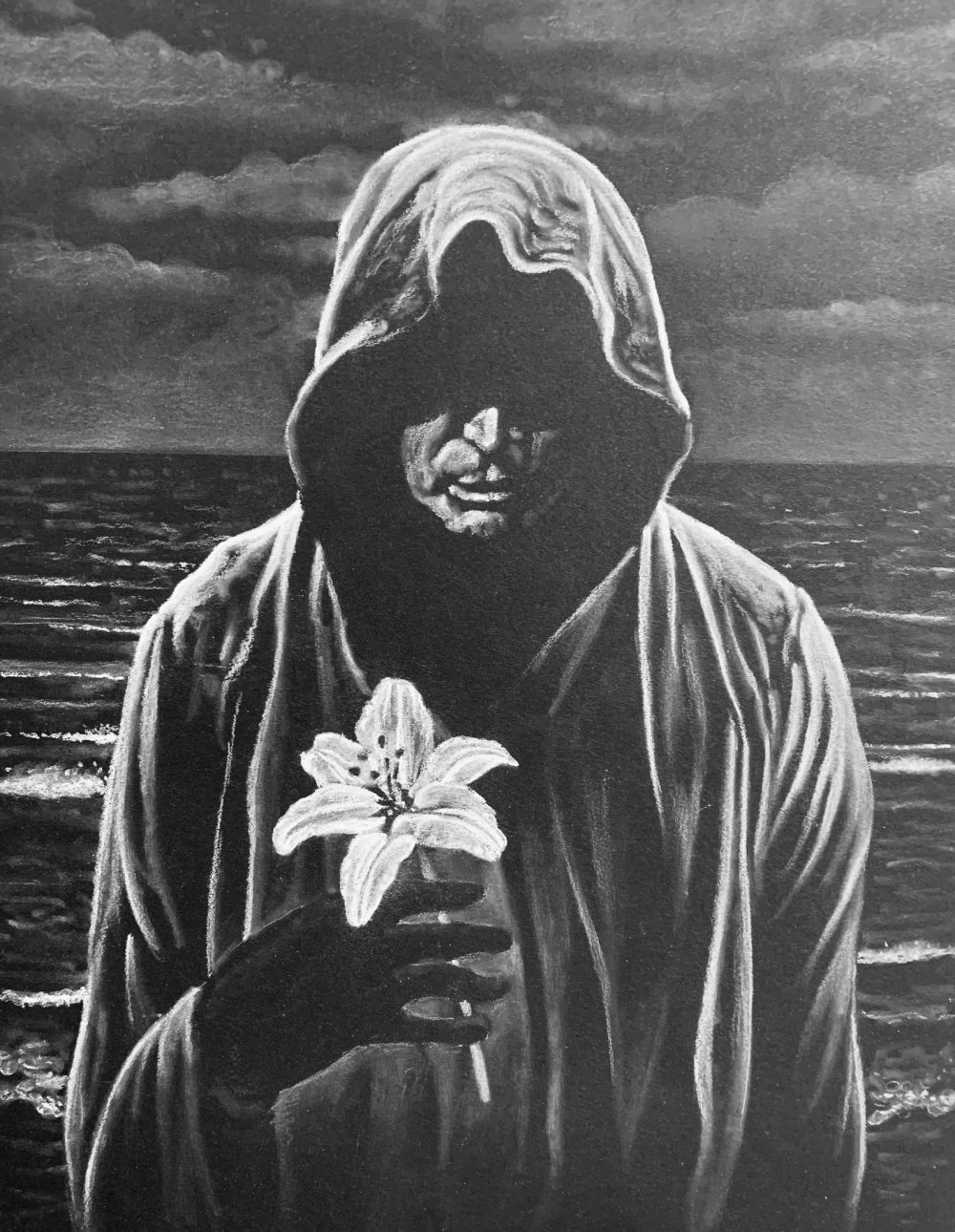 That summer day, we laid our bodies on the beach like lambs at the altar, using our crumpled sundresses as pillows. Smoothed our young skin with coconut-scented oil so it could burn better, for the boys. It was deadly serious. Meanwhile, scenes from the bonfire party the night before flickered into our minds.

“I think Steven walked away with Rachel.”

“In the tall grass. I’m not even kidding you.”

“Gross. I can’t even see them together.”

“Beer makes you do stuff.”

We had some stupid conversation like that. I adjusted my slippery plastic sunglasses, closed my eyes, and saw red. I loved the feeling of my skin tingling, singeing in the white wall of heat. Baseball announcers barked on some distant transistor radio. My heels dipped in the hot sand.

There was a brief silence between us before it happened, before we saw him—or it, whatever you want to call the thing we saw—walking near water’s edge, a little down the beach. We heard gasps of others first before Sheila and I sat up.

He was dressed entirely in black, that was the first strange thing. I mean entirely: black oversized hood with a thin mask over his eyes, gloves that looked too tight, and a black silky robe down to his feet, shoed in the same material. He was also improbably tall, maybe 6’8”, and walked as if he was counting to himself or reciting something only he knew. Little waves rippled and slipped over his feet as he walked but he didn’t seem to care. His head was bent and through the waves of heat rising from the sand, he seemed even stranger, a mirage.

“What the hell?” Sheila said.

Along the beach, moms held their open-mouthed kids close. Men stood, hands on hips, all eyes but no movement, no words.

I grabbed my crumpled sundress and clutched it. Sheila did the same. Maybe I knew he would turn, which he did, just then, walking up the beach at an angle, a straight beeline. Everyone in his path took a step back. He walked faster now, with total purpose. I screamed in silence, like in my dreams. When he was so close his figure blocked out our sun, we shriveled like raisins. He stood over us, whispering, chanting, leaning in, and I closed my eyes. His warm hands took mine to make a cup, and he placed something soft, something impossibly light in it. It was only when his robe brushed the sand past me that I opened my eyes and found in my palms a white lily, powdery with yellow pollen, its petals shaking in the hot breeze. My heart turned to moon: white, cool, endless.

Cheryl Pappas is a writer from Boston. Her work has appeared or is forthcoming in The Chattahoochee Review, Jellyfish Review, Hobart, SmokeLong Quarterly, and more. Her chapbook, The Clarity of Hunger, was a semifinalist in the 2020 CutBank Chapbook Contest. Her website is cherylpappas.net and you can find her on Twitter at @fabulistpappas.