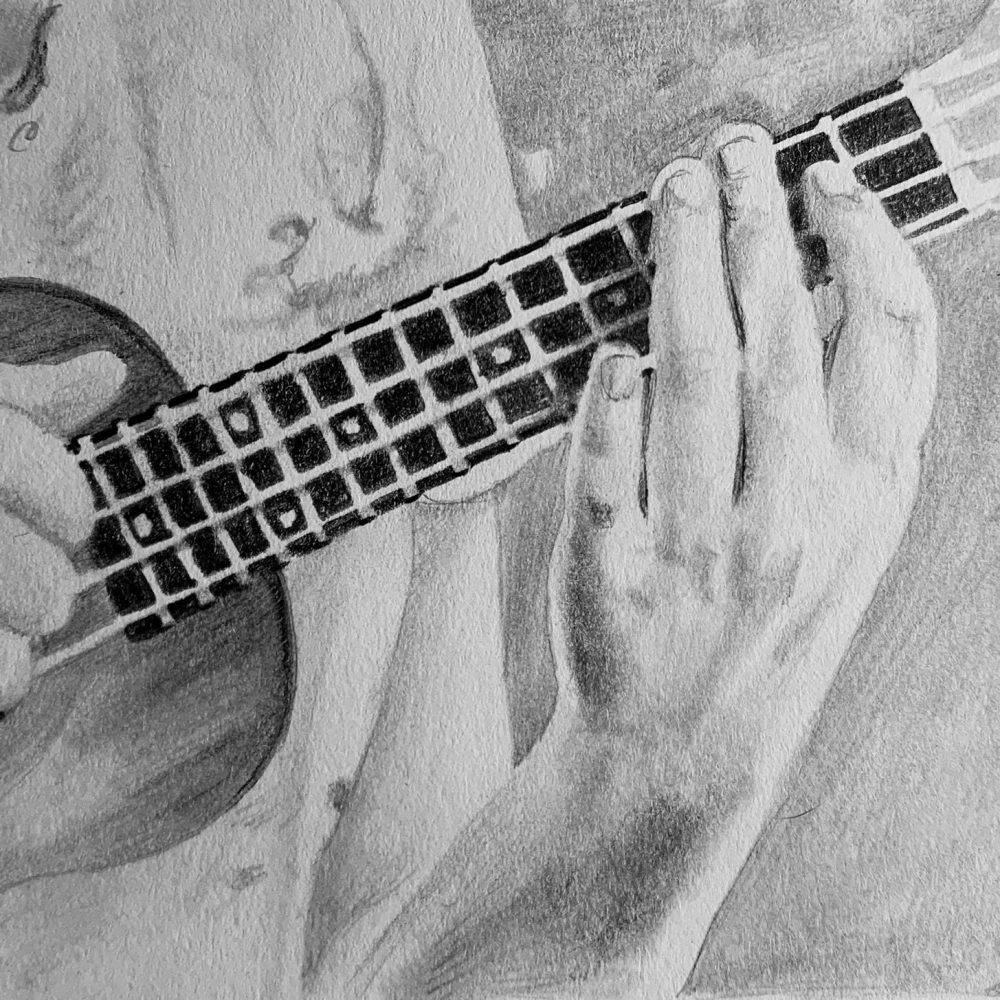 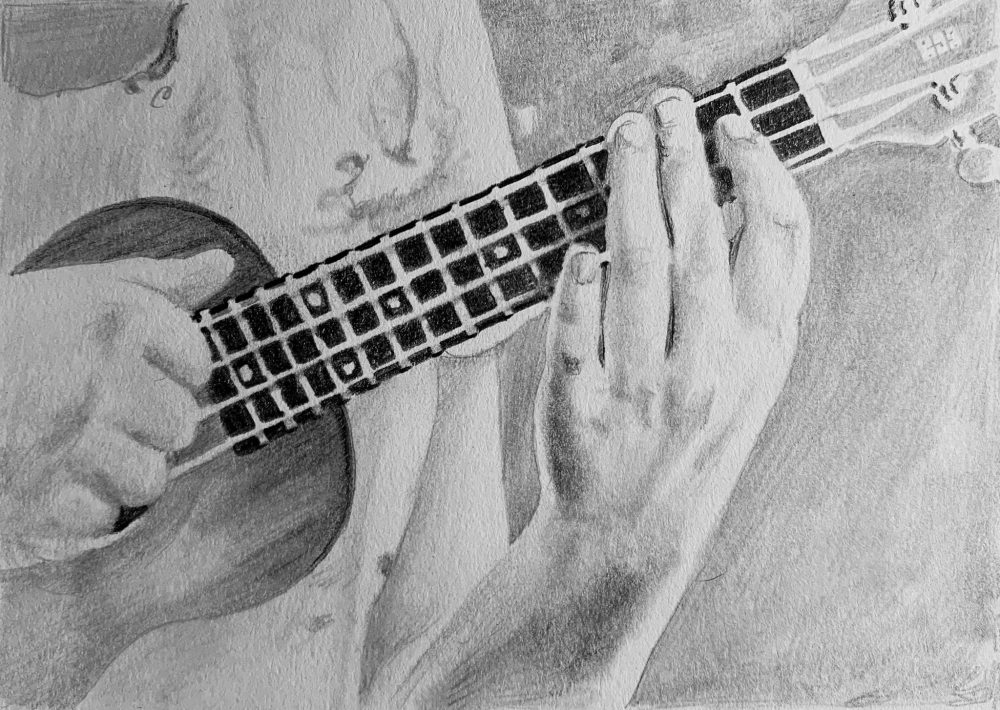 Emily didn’t trust Uncle Simon but loved him. Her mother condemned people for their noses because as Aristotle warned, “When nostrils are great and wide, men are lustful.” Emily wasn’t sure Aristotle or mother got that shit right. She judged men by their beards. No hair, she could deal. Bristling faces hurt. Uncle Simon possessed a big nose, though seldom a beard, only end-of-the-month scruff.

Emily took off her shoes as she entered his home. Her mother didn’t like feet and wore shoes to bed. They smelled like cheese, she commented often. Or she talked about money she didn’t have and spent as soon as she did. She never discussed the weather like most living below the Great Lakes.

“Hold it like a cat that could jump away at any moment,” Simon instructed as her arms dangled down from the kitten-sized instrument. “Good posture, my girl, play loose. Enjoy it or quit. That’s the first rule.”

Emily liked rules: Make one’s bed before breakfast. Don’t skip down the halls at school. Swear in front of adults to get their attention. Rules made things clear, and ukulele rules made happiness.

“Shuffle your fingers. Visualize your fingernails as far from the neck while the pads are pressed tight.” Uncle Simon looked proud behind his snide grin. “Be a bear. Never bear down. You’ll blister.”

She nodded to please. Whenever Uncle Simon spoke, it meant more than his lips let out. Listening to him touched her the same as when she climbed the chains to the top of the swingset and hung upside down. The sky pooled into her brain and filled the throbbing vessels in her neck and face.

“Standard shapes include pineapple and paddle. Yours is a ‘figure-of-eight.’ It’s thin, not just light.” He repositioned her thumb. Uncle Simon spent weeks looking for work after his self-inflicted “accident.” Emily knew he lost more than fingers. Yet he bubbled up around her, his bones soaked in carbonate.

“That’s enough for today, little one. Leave it until your mother lets you visit again.” Uncle Simon indicated a space next to a puzzle box that once belonged to her mother. She’d traded it to pay back a debt. Mahogany stained opaque, the sealed box intrigued Emily. She’d never seen it opened and slid her palms over it, to ask it’s secret. Uncle Simon patted her on the head like a cat petting a wet fish. Unsure, he stood examining her. The girl without her mother’s permission to be there.

“On second thought, take it. Own it. That’s the last rule.” He waved her away, reached into his back pocket, a tired cowboy. He drank with his eyes closed. Bubbles fizzed out his flask. He’d be snoring soon.

Emily misunderstood what he offered and took the puzzle box instead. With this prize grasped in both hands and aching fingertips, Emily imagined her mom unlocking the box, and for a ukulele moment, her mother would hug her.

Richard Bower lives in Central New York with his wife, daughter, and black cats. He teaches writing for Cayuga’s School of Media and the Arts (SOMA).