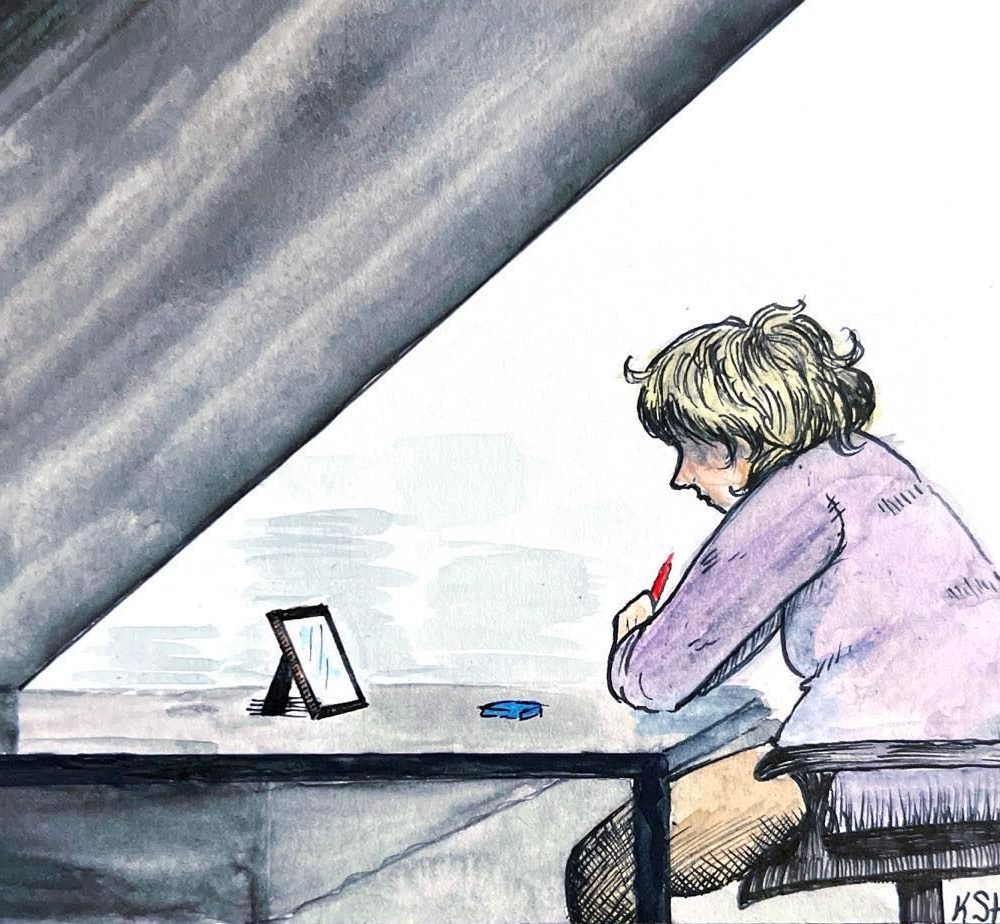 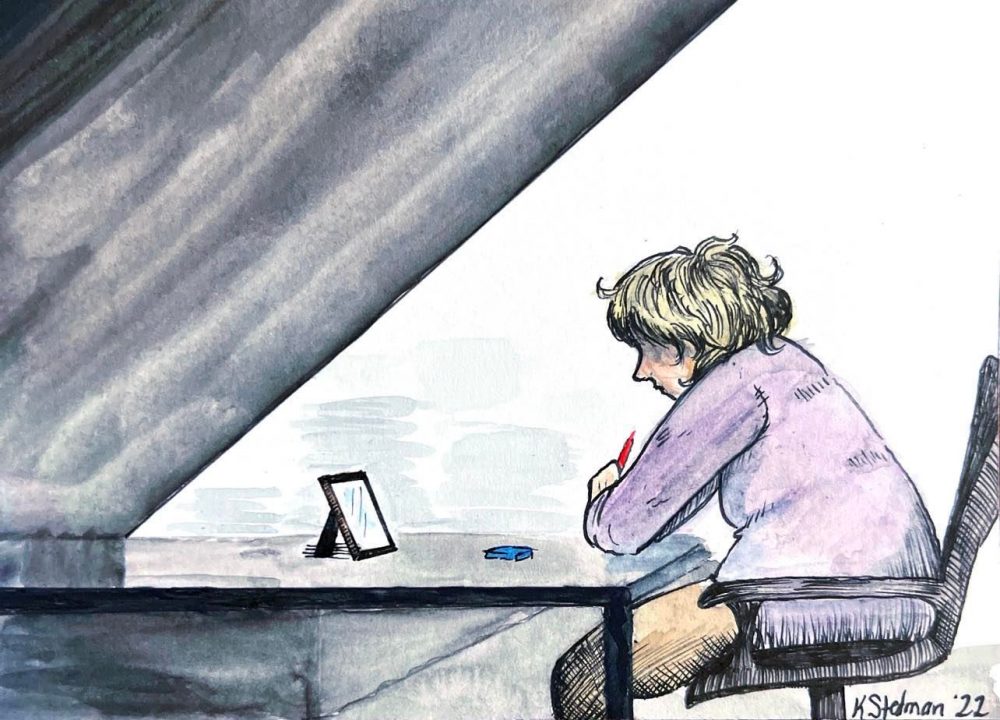 You slide behind Jackson’s desk. It’s after five and everyone’s gone. You call your husband from Jackson’s phone. Don’t forget to dial 9. You tell your husband you forgot to defrost and can he pick up a pizza? Jackson’s desk is at the far end of the huge open office, sad little cubicle near Stairway B.  Jackson’s desk is piles of folders, staplers, and multi-colored post-it pads. Also, a bobble head baseball player, and a framed photo of Jackson’s wife. Full body pic of her waterskiing, hair whipped around her face, and you can still see that she’s pretty in a way you aren’t. Tight and small and brunette. No wonder Jackson loves her.

You tell your husband that night he shouldn’t have ordered anchovies. They are going to keep you awake, you say. He says this is the first he’s heard of this and maybe you could have been home making dinner. He doesn’t say any more, but keeps remoting the TV when you want to watch a movie. Evening news. Car commercial. Game show. What the hell does he want? You decide you’ve never met a man who knows what he wants. Not really. You decide that tomorrow will be the day.

You get in early, way before Accounting, way before the coffee cart guy, and way way way before Jackson. You sit at his desk, his chair all cushion and swivel and squeak. You flick the bobble head, your fingers tingly. The bobble head wiggles and nods. You open the drawer and pull out a pen, Blue, no red. You pull a post-it off the pad. It’s blue which would be a nice background to the red of the ink. You write I LOVE YOU. Heart, heart, heart. You stick the note smack across his wife’s beautiful photo face. It flickers that his wife doesn’t eat pizza, not with a figure like that, not with her waterskiing like that. How much Jackson would like you better, your comfortable pudge, your Wednesday blouse, a little wrinkled. Jackson could relax with a woman like you. You pull a lick of scotch tape off the roll and thumb it across the top of the post-it. To keep it from blowing away. You look around, all the desks still empty, about to be peopled. You head back to your desk way at the other end. Jackson will never suspect it’s you who left the note. Rather, he will pry the note off of his wife’s photo, stand there for a moment remoting through the women in the office. Who can it be? Who can it be? Him just standing there, going from one to the next to the next. Never ever sure, you decide, who he would even want it to be.

Francine Witte’s flash fiction has appeared in Smokelong Quarterly, Wigleaf, Mid-American Review, and Passages North. She has stories upcoming in Best Small Fictions 2021, and Flash Fiction America (W.W. Norton.) Her latest books are Dressed All Wrong for This (Blue Light Press), The Way of the Wind (AdHoc fiction) and The Cake, The Smoke, The Moon (ELJ Editions). She is flash fiction editor for Flash Boulevard and The South Florida Poetry Journal. She lives in NYC.