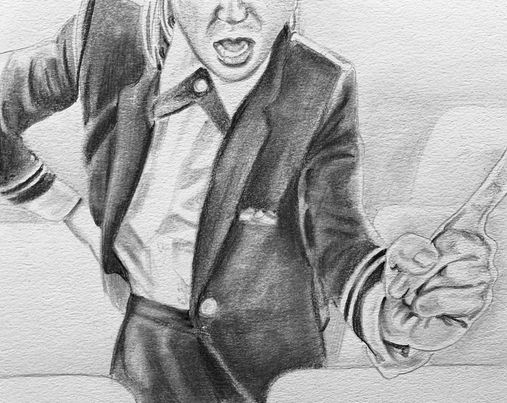 I’m on a plane to nowhere, the flight attendant an agitated wasp saying over and over, “Sir, that is not allowed on this aircraft.” She’s speaking in such a manner because my pants and underwear are pulled down around my ankles. “Sir, that is not allowed on this aircraft,” she repeats, her face worn like a leather armrest, her skin a mask of wax that is starting to melt beneath the overhead light. “Sir, that is not allowed on this aircraft,” she is saying as I realize she is my mother and I’m nine and it’s the night after the first time I will be secretly raped and Mother will say, “Shame on you. Such a dirty boy,” and I’ll say, “I’m sorry” instead of “Believe me, please. It happened,” but now I’m in first class in a window seat, the loneliest place on earth, even with all the riches I have, even with a beautiful heaven outside the glass, and the exasperated flight attendant, asking one more time, “Sir, did you say you wanted a double?”