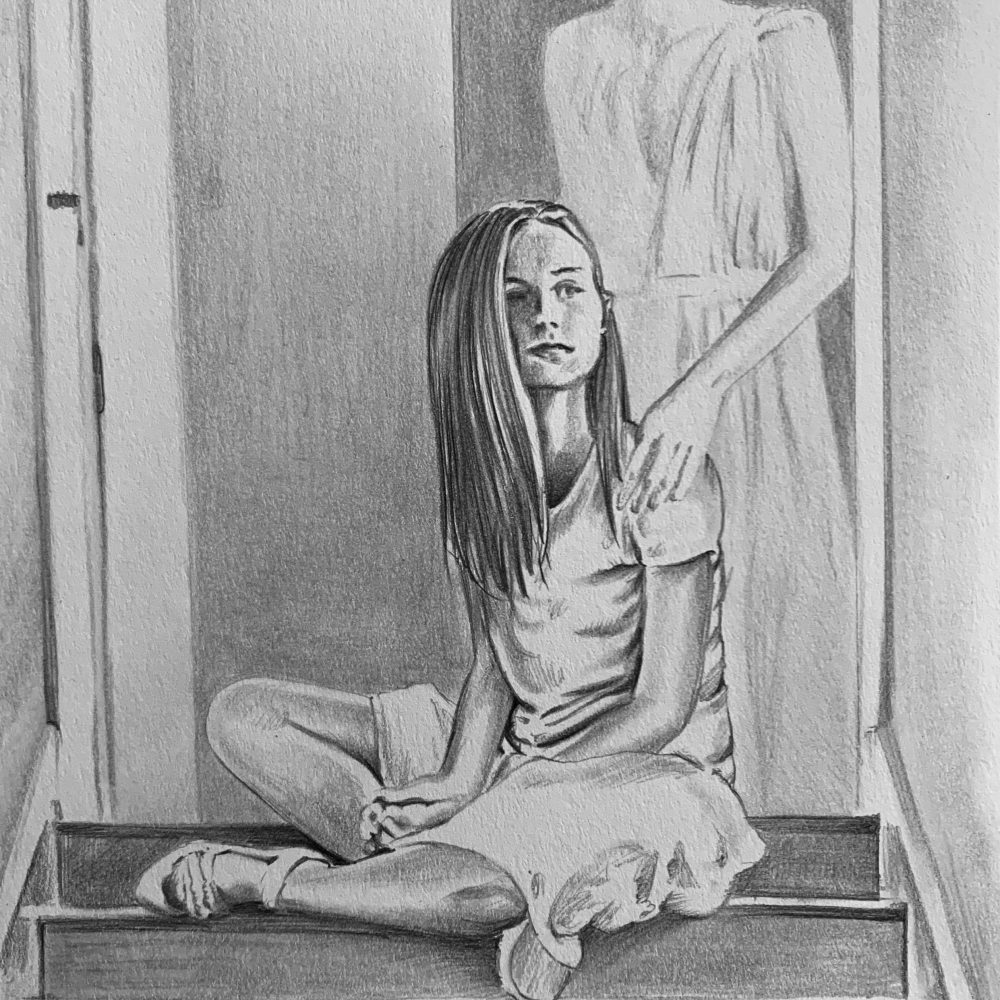 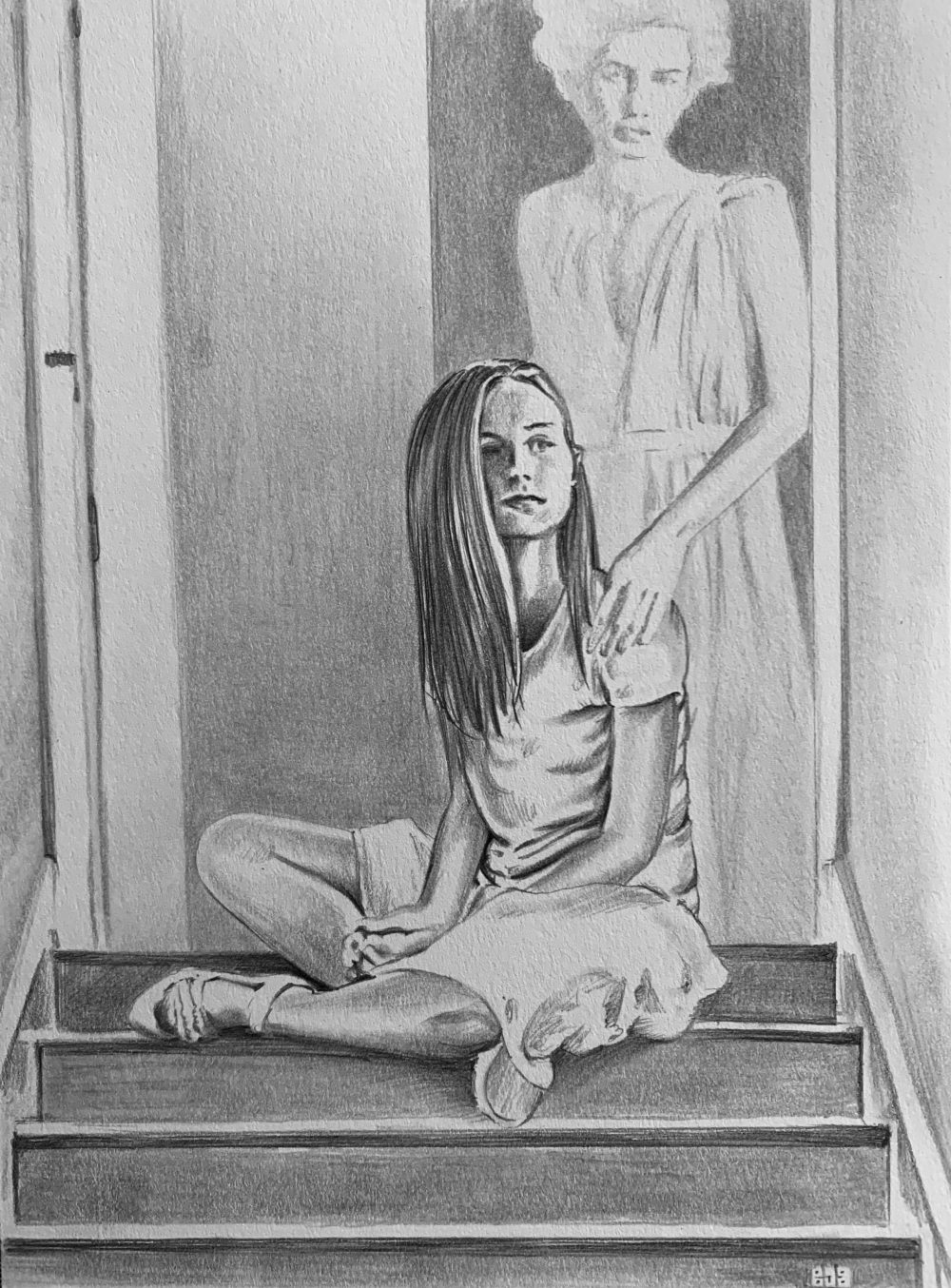 My father has never believed in ghosts, at least in the houses of others.

“But here in our house, we do have a legitimate ghost,” he concedes, shaking his head like there’s something lodged inside his ear canals.

These days, my stepmother is beginning to show signs of stress. She’s drinking a lot of wine in the daytime. I’m almost beginning to feel sorry for her.

My mother is always here with us now— erased and pissed. Rubbing it in.

I can remember, as though it were yesterday, how angry and annoyed she was with Dad, near the time of the car accident. Mom would smile back at me from the passenger seat when Dad was driving, because his flaws were obvious there. How rude he was to the other drivers, regardless of old age, or bad road conditions.

“Ass-wipe! Octogenarian fuckhead!” he’d shout, zipping past the sweetest looking drivers, flying around curves. “Butt holes!” he’d honk, the back of his neck turning red. Here was the flaw with Dad that everyone could see.

My stepmother was our waitress at Junior’s Deli, and Mom didn’t like her then either.

“At least someone thinks you’re funny,” Mom would say when she’d serve us our burgers and he’d joke about her shit-kicking boots. Our waitress would laugh and laugh and laugh at the dumb little things Dad came up with.

For the first few years in our house, my stepmom (with her stupid boots) believed that life would be easy-breezy.

In the beginning, soon after they were married, she thought my father (and I) were good with her rampant nudism. She’d pop downstairs naked on Sunday mornings, laughing, looking behind her at the tiny clot of vapor.

“Has someone been smoking?”

It was the first sign Mom was back. I’d been blinking and saying ‘calm down, calm down,’ to the air. Reaching.

Dad doesn’t think there is anything to worry about. He thinks that having a ghost in the house might be profitable. “Haunted houses are worth a fortune,” he says.

Got a new one for you, hon, he says to my stepmom.

Why do ghosts like to ride in elevators? Why? Because it raises their spirits.

My stepmom laughs, lolls around like a sea lion, refilling her glass, wearing new eyelashes.

Dad will pop home from the office to make sure she doesn’t drink wine alone all day, protect her from sitting too close to the leaning in walls.

I find myself enjoying Mom’s ideas, surveying the value of our lives from above. We stand at the top of the stairs, Mom and me, like a comedy team, looking down at such badly trained supporting players, dreaming up ways a show like ours might end.