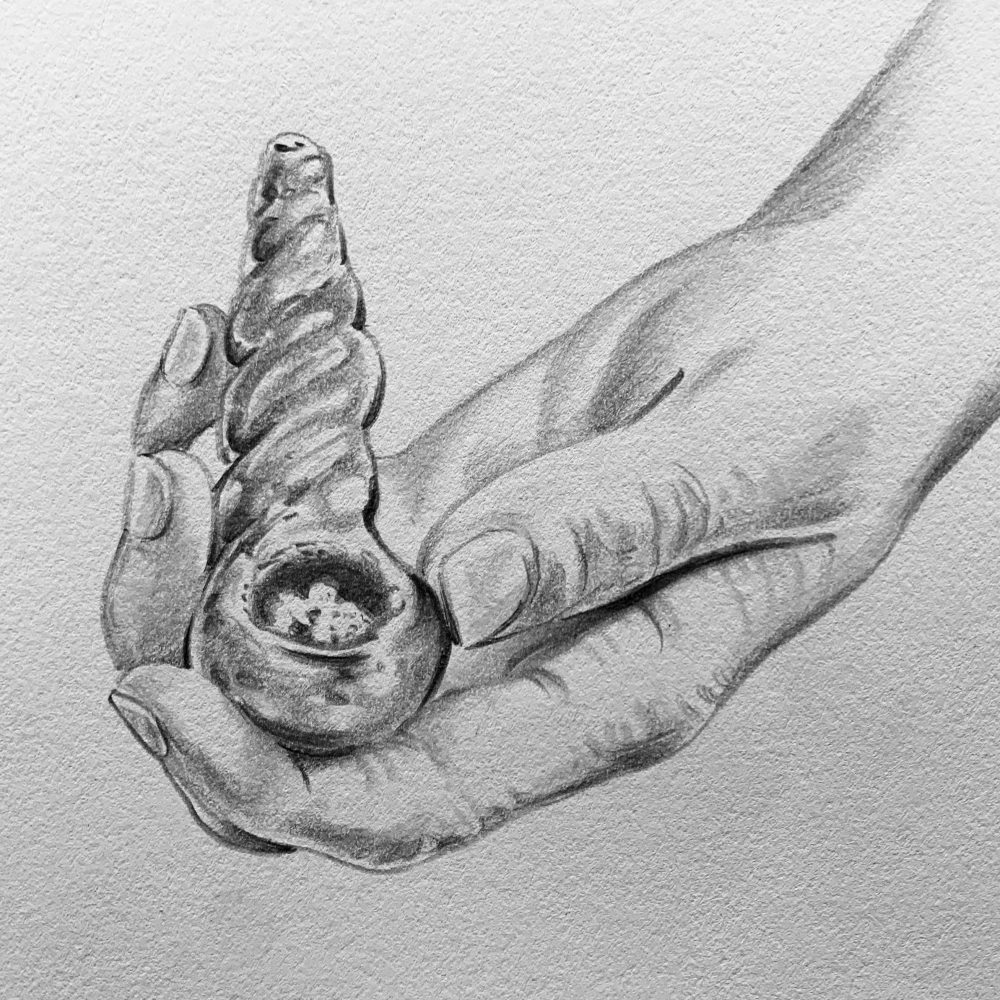 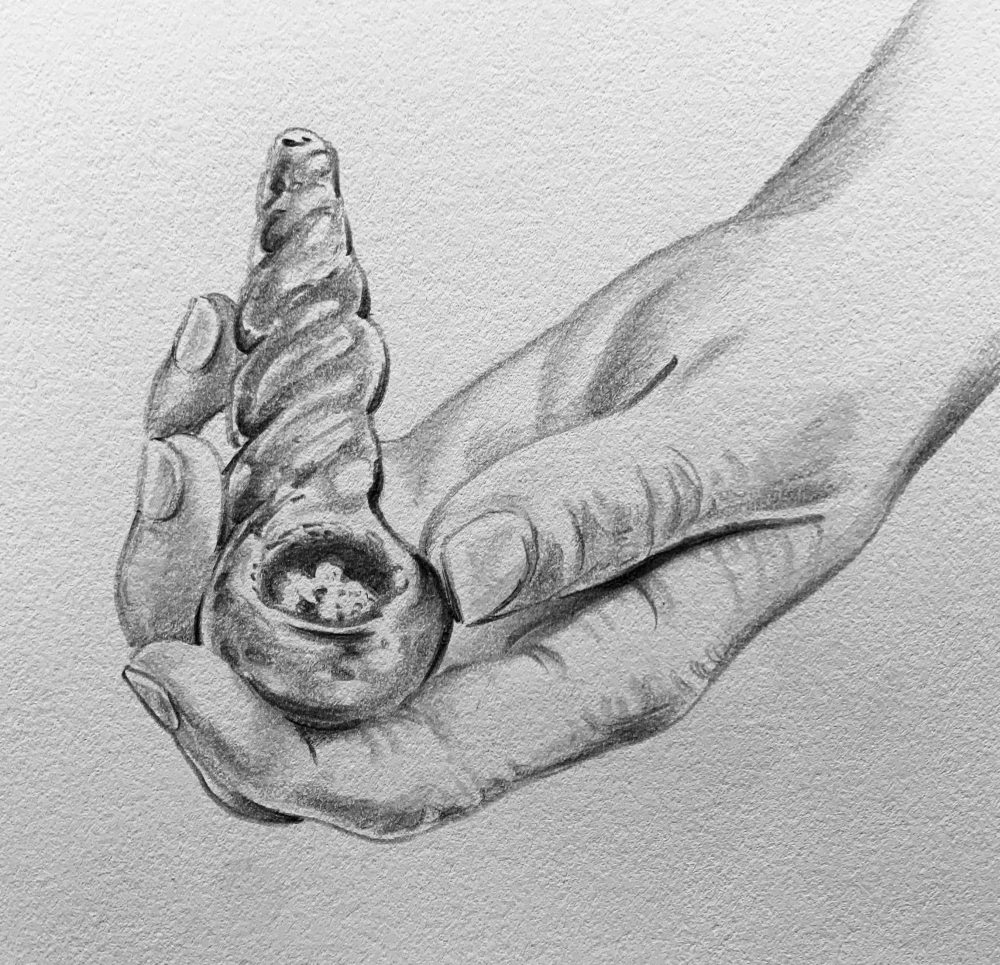 The sticker-covered shop door emitted a pleasant though distinctly electronic tinkle. The kind of place we used to call a head shop. Those incense-heavy places of iron-on patches and blacklight posters. Led Zeppelin over the loudspeaker. Pipes. Bongs. Rolling papers. 45 rpm records by Creedence or Tull.

I felt a thousand years old. Especially when I saw the guy behind the counter. He had that Cat Stevens look. Skinnier. Like Clark in our early days. Last night, without fanfare, Clark shut the door behind him. He took only our spices—I never cook—and his collection of Hawaiian shirts, draped over one arm.

The cashier was absolutely the kind of guy I’d have thrown myself at when I was his age. I sought out men who looked like this. Passive. Lightly self-pitying. All it took back then was to ask in a low voice if they were lonely.

Buying time, I beheld a rack of skateboards without any wheels. A rack of stickers. Where were the dope supplies?

I was there to pick up a small pipe. I’d begun growing a few cannabis plants on my back sill. My nephew’d sent the seeds when he learned I have glaucoma. The pot plants were one of the rifts between Clark and me. Also, his new girlfriend.

“Are you looking for smoking materials?” The cashier’s voice was soft. His eyes utterly accepting in a way my children had never managed. Mainly I enjoy the gift of invisibility my over-50 status awards. Like many women who’d been great beauties, the burden of being noticed was one I’d sloughed off with relief.

I mean, not really.

A kind of flirtation. In my day, drug use was something rife with innuendo.

The Kenny Loggins/Jesus of Nazareth hair. That hadn’t changed from the head shop of yore. I raised a brow, which the sweet young man ignored, politely.

“Right over here,” he said.

You mea—behind the counter?” He smiled, maintaining eye contact. Lifted a blue velvet curtain covering a doorway. I ducked under his arm. Inside  small room behind a glass case were arrayed two rows of glass pipes in pretty, swirly colors.

This feeling. I wasn’t sure I liked it. “Look,” I told Cat/Kenny/Jesus. “I’m on my lunch hour. Just something pretty and green.”

He found a pipe in jade and metallic gold ceramic. Proffered it like a sweet genie.

“If Clark could see me now.”

He caught the bravado. “Did you… quarrel?”

Again, I met those mild eyes. Another difference. In my day, the ponytailed cashier would have imparted a leer and perhaps a reminder to “keep it sleazy!”

Back at work, I smoothed the dollar bills I’d been given as change. I would stay late and pick up something to go at Little Namking. At home in my spice-less kitchen, I’d fire up my pipe. Maybe then I’d feel like eating.

He’d stroked my hand. I felt it, still. The bills smelled of him. I pressed them to my face. Tucked them into my bra. Sandalwood. You never smell that anymore.

Patricia Quintana Bidar is a writer from the Port of Los Angeles area. Her work appears in Wigleaf, SmokeLong Quarterly, The Pinch, Pithead Chapel, and Atticus Review, among other journals, and in numerous anthologies. Patricia’s work is upcoming in Flash Fiction America (WW Norton, March 2023) and the Blue Bob Anthology, (Cowboy Jamboree Press, December 2022). Patricia serves on the staffs of SmokeLong Quarterly, Barren Literary Magazine, and Quarterly West. She lives in the San Francisco Bay Area with her family. Connect with Patricia at https://patriciaqbidar.com or on Twitter (@patriciabidar).