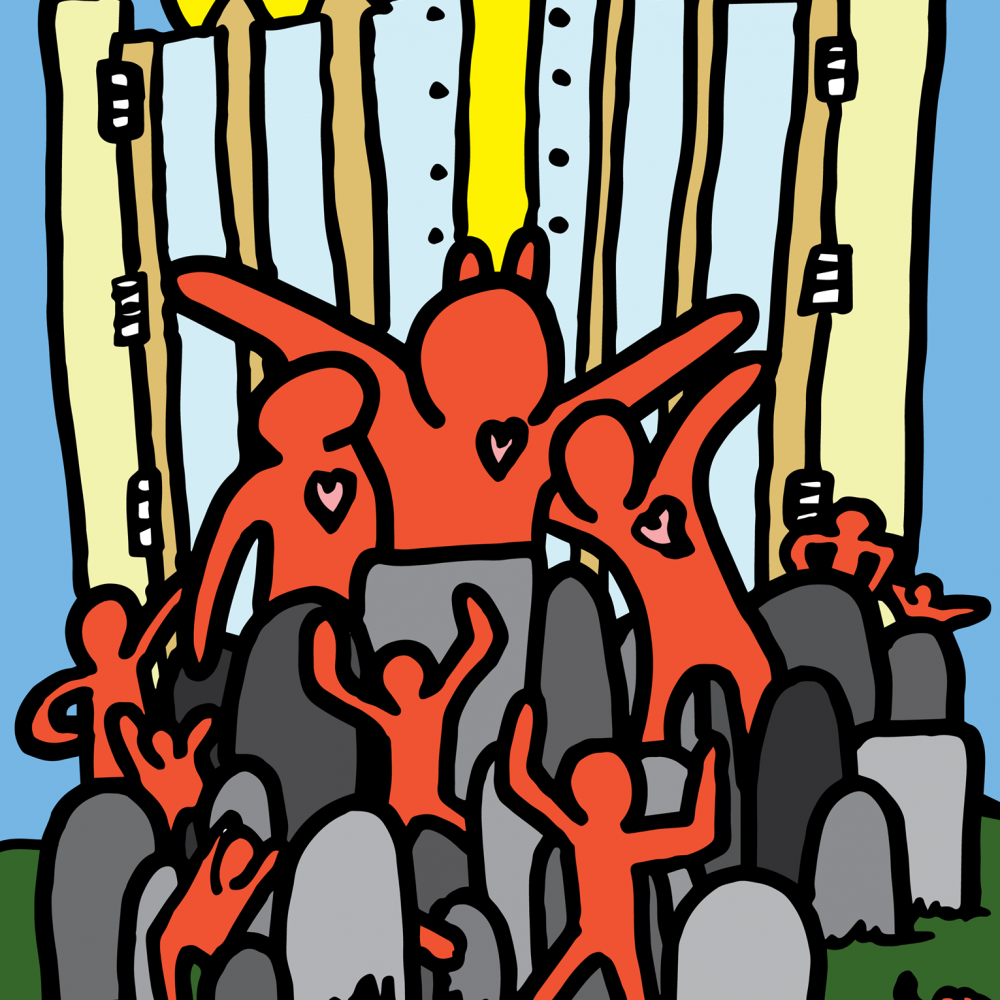 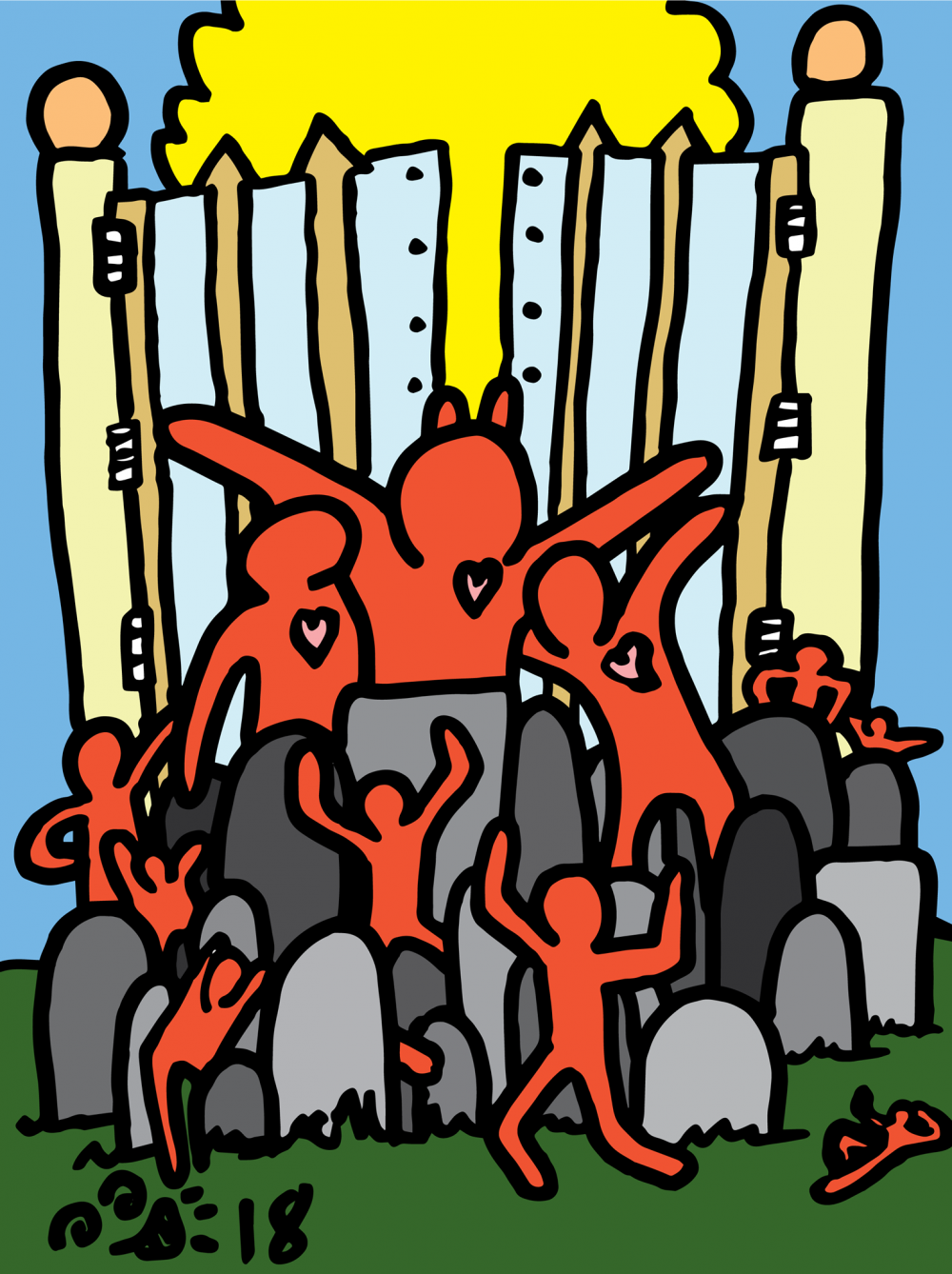 (I’m sorry to be the one to tell you this, I really am, but I’m afraid there’s nothing we can do about it now.)

One died on a Friday in June just a few years ago. It was the magic hour, and the whole world was awash in honey light. At least he had this: one last moment of breathtaking splendor. In fact, right before that car ran a red light and barreled right into him, your soul mate had been thinking about how beautiful it all was—the setting sun and the sky streaked with brilliant yellows and oranges as though painted by God himself and he felt warm and loved by some higher power that he couldn’t articulate but could feel, very intensely, in that moment. He remembered nothing else—not the electric scraping that metal on metal makes, not the driver’s side of his car crumbling under the weight of another as if it were paper in the hand of an unsatisfied writer. Dead upon arrival, the medics noted, and the papers wrote that he was outlived by his parents, two brothers, and his wife.

(I should add that his wife was not his soul mate, believe it or not. This happens frequently—some people marry before they meet theirs or they join the priesthood or move cross-country for some boy in a band who will never love them as wholly as their soul mate would have, but he plays guitar, and isn’t that enough? Besides, we don’t schedule meetings. We aren’t Fate. We simply assign soul mates and let the rest work itself out. Had that Toyota never ran that red light and had he never crossed your path, your soul mate would have lived on with his wife and been quite happy.)

The second soul mate died young. There isn’t anything more heartbreaking than that. A rare blood disease, it was, that killed your would-be soul mate at the mere age of eleven, before puberty and crushes and high school football games and first kisses and college and first loves and first heartbreaks and jobs and health insurance. If this soul mate’s soul had a color, it would have been golden and shining and too bright to look at dead on. He could make anyone laugh and sometimes his parents remember how funny he was, how perfectly happy despite it all, and they still smile.

(If I could interject—are you sure you want to continue? I can see you’re quite upset. Your situation is rare, so rare in fact that this is the first time I’ve seen it happen and I’ve been doing this for a while. Normally you would have never known, but you inquired and requested an appointment, so here we are.)

The third and final soul mate (three is the most we’re able to assign) died of a brain aneurysm, so quick and painless it was, like falling asleep or blinking. One minute she was there and the next she was gone, not in a shout but a whisper. All she left behind was her goldfish named Samson. She had no family. You would have been the only one, so it’s crushing, really, that you didn’t go to that play a month ago because it would’ve been there, amidst the clamor of intermission, that you saw her from across the room: warm, flaxen hair and a cupid’s bow of an upper lip and your heart would have stopped when you saw her, because you didn’t know you could feel this way for someone like her. Things would have progressed so quickly and so naturally. You would have felt, for the first time in a long time, as light as a balloon floating away into an azure summer sky.

(Just so you know, I’m not supposed to be sharing any of this with you, seeing as you’re not family, but how could I not? So many paths your life could have taken to any one of these soul mates, and yet here you are left behind in their wake.

Please don’t cry. As I mentioned earlier, many people go their whole lives without ever meeting any of their soul mates, or they do meet them and never realize it, so they continue on none the wiser.

Hannah Gordon is a writer and editor living in Chicago. Her work has appeared in Hypertrophic Literary, Jellyfish Review, WhiskeyPaper, and more. She is the managing editor of CHEAP POP. Should soul mates actually exist, she's pretty confident she found hers.