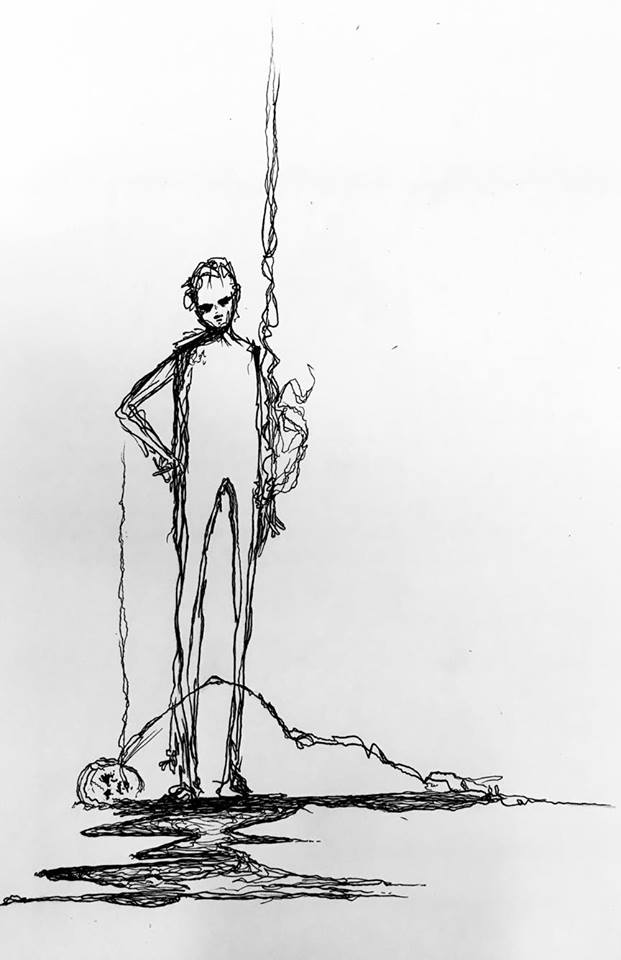 I killed him. Not on purpose, but the end result was the same. My indifference, my hesitation, caused the loss of a life. It was a slow death, prolonged over a few weeks but my grandpa finally died.

Some might say that it didn’t matter, how was I expected to know what to do or that he’d lived a good long life but that isn’t important when I think back on it.

I was the first to find him. I thought he just fell. He was on his side, staring at the wall. He tripped on his way to the bathroom. He soiled himself. The smell brought me back to my childhood, when he’d clean my diapers when I would come over on the weekends.

He didn’t say anything as I entered. No declarations or cries for help. He didn’t look to be in much pain at first. Just embarrassed that he’d been a possible burden, someone that required help.

Smoke billowed from atop the kitchen table. His right hand was mangled from the fall. I found out later that it was the stroke that caused it all. The right side of his face was locked in place. It reminded me of one of those cowboys in the old westerns that spoke through the side of his mouth.

I lit up a smoke not to calm my nerves but to get my pulse up to speed with my thoughts, which were now racing with things to do and people to call. But I didn’t call anyone. No, I just sat there and marveled at the shell of the man sitting hunched over in front of me. I knew something was wrong when he wouldn’t finish his cigarette. Two packs a day for sixty years all smoked down to the filter and suddenly this one was quit after a few pulls.

I went about everything ass backwards. My respect for him manifested itself in asking for his permission to call an ambulance. Of course he refused. I didn’t expect any less of him. But it was the way in which he refused, his vehemence, that struck me.

“Over my dead body!”

He wiped away the drool from his mouth for long enough to tell me.

I cleaned his nose of the snot that was running down into his mouth. He shook me off, evading my clean hands like a child content on basking in the mess he’d made.

Patrick Trotti is a freelance writer based in Rochester, New York. His short work has appeared in a few dozen literary journals, both online and in print and he's the author of several full-length books. You can find out more at www.patricktrotti.com.