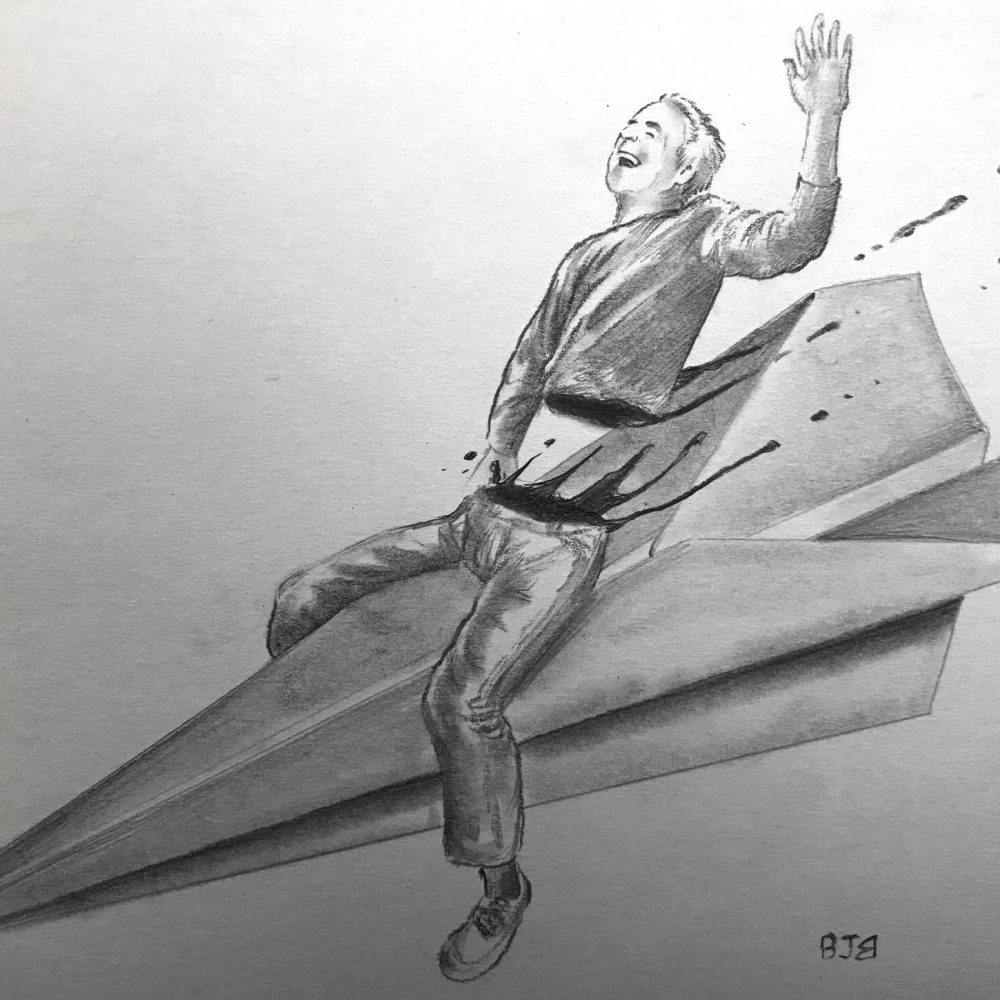 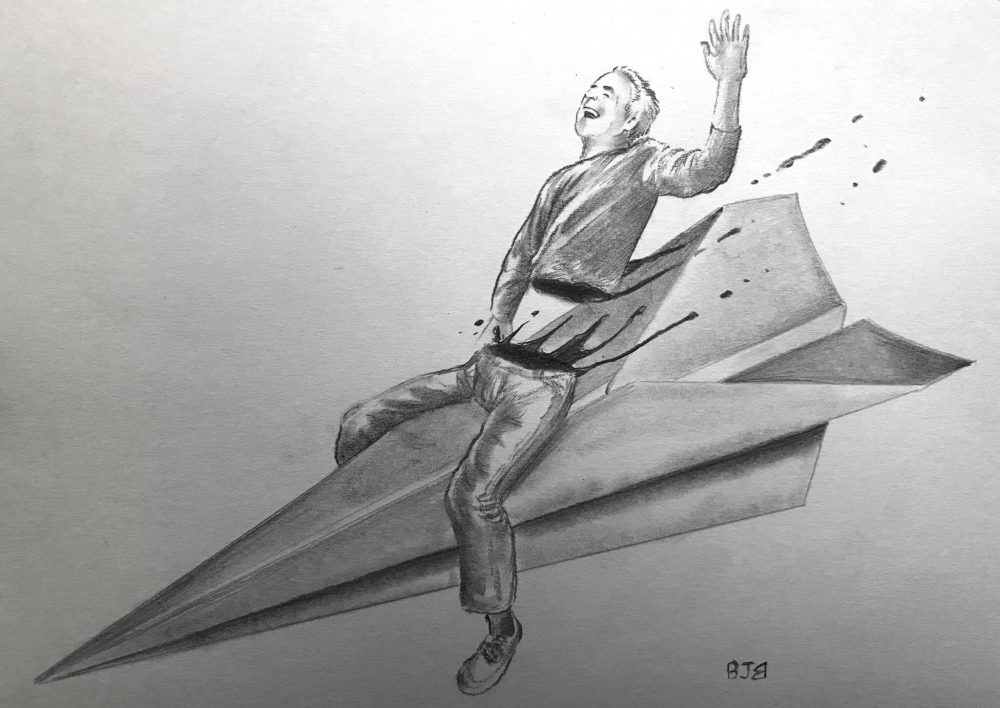 My father was laughing when he was torn in half, and his mother rushed in with glue and his father with tragedy for hands, used his mouth and could only kiss my father.  Kissing is a wet miracle, couldn’t thread together my father’s two distinctive parts, instead love, further mushed up his one side and too, the other until my father became two soft lumps of pulp.

His parents wept into the failed dusk and lay around him through the night as if they were rocks around a pyre.  The ticking of night whirled around them in the cool cricket thick air.  They were people that believed in people changing people, people who prayed by wishing and wished by flower.  It was a great hard world, and sometimes they were content in the dark grief that my father was torn in half before their eyes, and not in the dangerous streets of some city full of strangers who would never even think to try and put a torn thing back together.

And as in every very tale, the sun rose and the landscape was gold and the corners of the world chimed with potential.  Forgiveness was palpable, and cruelty was too tired by divine colors to hurt and fight and wring the world.  My father who began his departure by being halved, laughed still, as a glob of shreds.  His mother first heard the charm of his voice and then his father too, and they spread the remains of my father into a long flat sheet that warmed in the glow of morning.  My grandparents could watch a mending unending, could, by their blood alone make a way into togetherness.

Then, the kissing miracle seemed to hold force, and my grandfather clapped his hands like “I told you so,” and my father folded himself into an airplane.  My grandmother’s smile was a landing strip wide and welcome.  My father ripped through the delicate morning away from the circle of stones into a waiting room and caught the cool smells of missing.  He slipped past my daughter’s spiraling hair, but all the words within the folds called to me, the spaces in the sentences where all of the worlds of words rub together like sticks and stones.

All the while wishing, whisking past the receptionist with radiation hair and a pen that twirled letters into one life-long sentence.  Waiting rooms want to be tied together, even in the most mediocre of ways, to be knotted like hair.  I could feel the wind against my face. My father laughed too, even as an airplane.  I stood like all the people who’d come before me, watching the horizon taking wings into the firelight.

Amanda Chiado’s poem "Armor" is part of the 2019 Visible Poetry Project, animated by Marc Burnett. She is the author of the chapbook Vitiligod: The Ascension of Michael Jackson (Dancing Girl Press, 2016). Her poetry and short fiction most has most recently appeared The Pinch, Barren Magazine, and Entropy. Her work has been nominated for the Pushcart & Best of the Net. She is the Director of Arts Education at the San Benito County Arts Council, is an active California Poet in the Schools, and edits for Jersey Devil Press. www.amandachiado.com