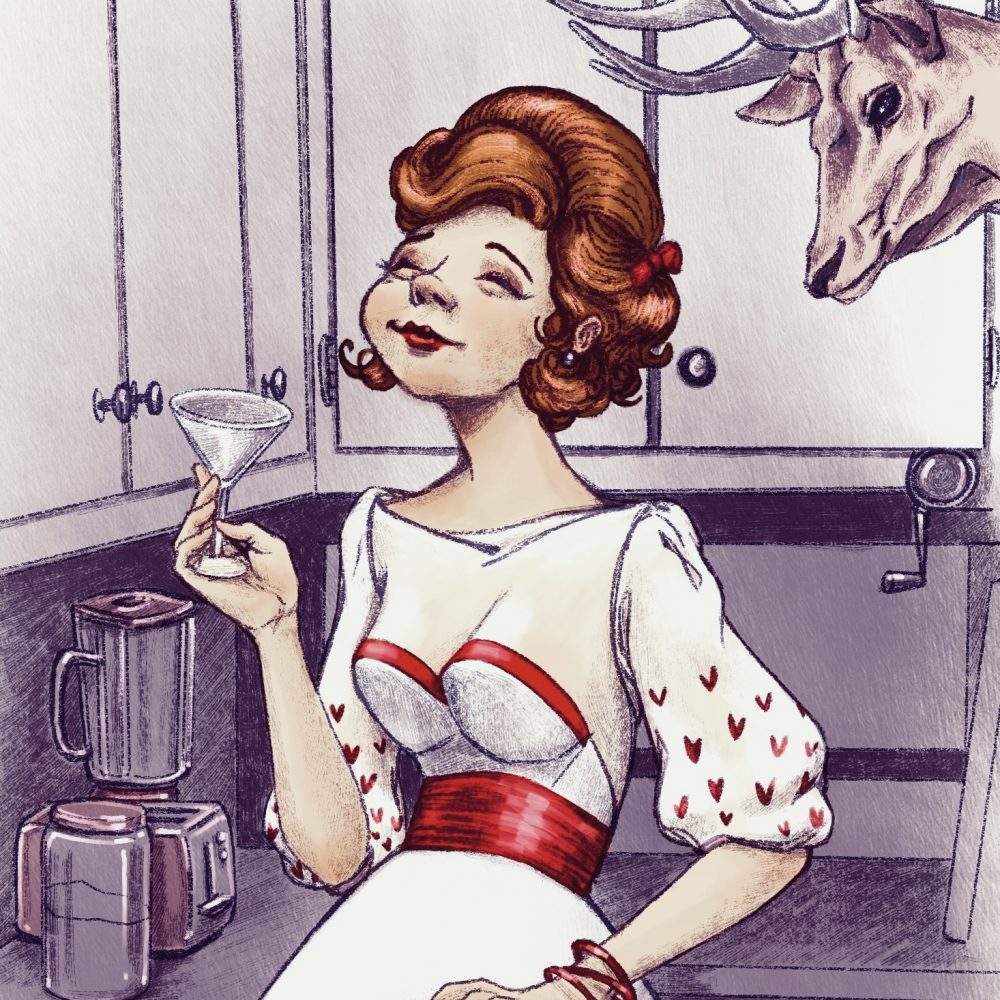 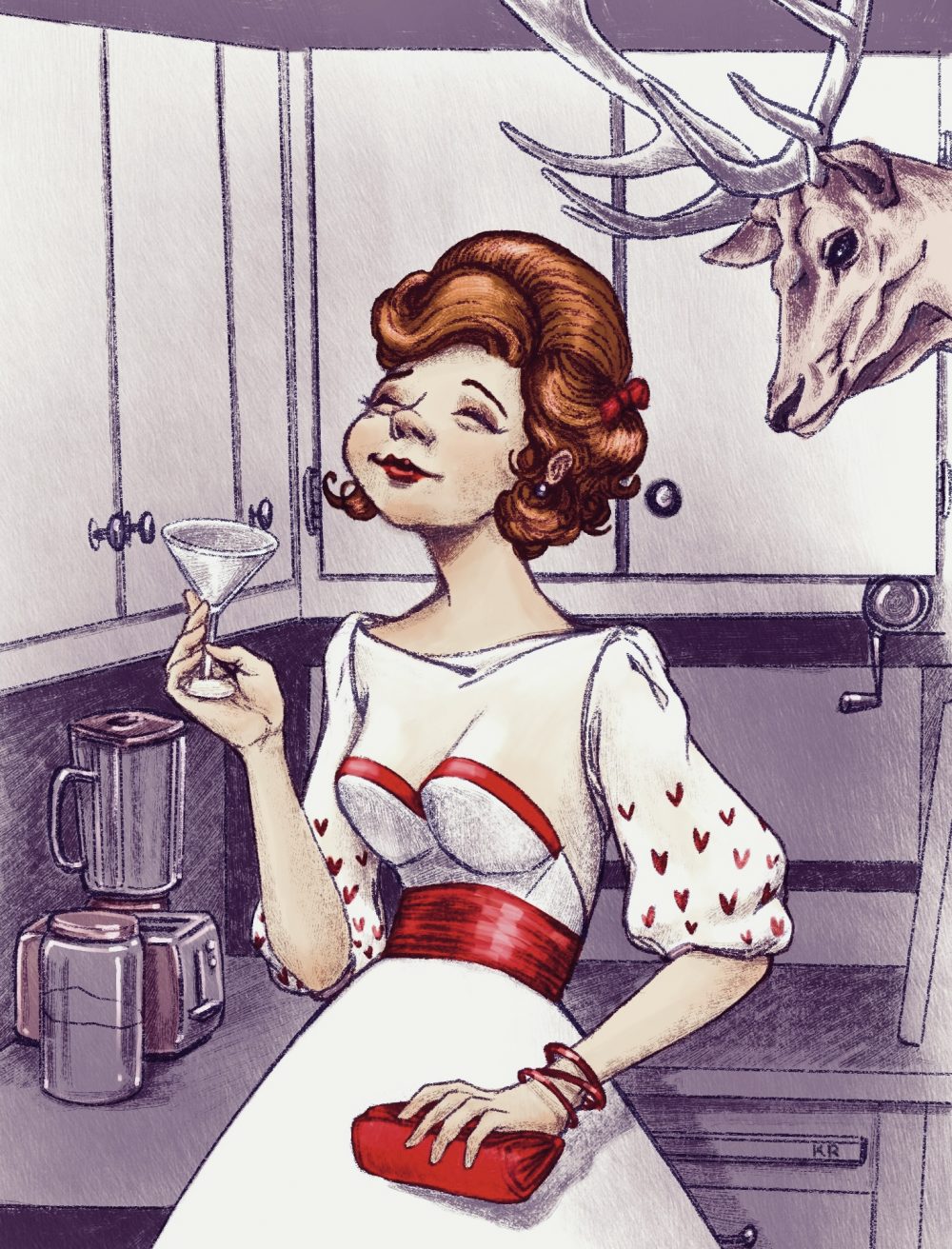 It won’t be long before Maisie brings out that one framed photo. The one of her in her Valentine’s dress, white with a wide red sash. She holds a velvet purse that she’d borrowed from her cousin. She’d spent half an hour ratting up her hair. Made up her face before  her bath. The bouffant nearly touched the mounted deer head that decorated their kitchen wall.

The deer was looking down. Dell’s first kill, from his teenage days. Maisie’s face was round and flushed. She’d just finished her martini, and she held a briny pimiento-stuffed olive in one cheek.

Sweet Dell taking Maisie’s picture, his mouth open in concentration. Afterward, Maisie playing her concertina for him. Lost in their world of dress-up, cocktail food, and television westerns. Their favorite, set in New Mexico, was about a rancher and his boy.

For dessert, Maisie would wiggle the Jell-O from its mold, treating herself to miniature marshmallows from the bag. She’d let them dissolve in her mouth.

Such free, glide-y times. The things she learned from him. To massage his feet until he fell asleep. To perform acrobatics in their bed which she laughed to think about during the day while he was at work. To shoot a .270 Weatherby Magnum.

She and her Dell, natural as forest animals. Jellyfish bobbing in turbulence-free currents. Easy as umbrellas floating down from the sky. Maisie’d let her friendships slide away. And then Dell himself, so much older, had slid away. She lives in a furnished mobile home now. Half Moon Bay. A magical-sounding place. She took little from their home. Just the photo, Dell’s watch, the gun.

Patricia Quintana Bidar is a writer from the Port of Los Angeles area. Her work appears in Wigleaf, SmokeLong Quarterly, The Pinch, Pithead Chapel, and Atticus Review, among other journals, and in numerous anthologies. Patricia’s work is upcoming in Flash Fiction America (WW Norton, March 2023) and the Blue Bob Anthology, (Cowboy Jamboree Press, December 2022). Patricia serves on the staffs of SmokeLong Quarterly, Barren Literary Magazine, and Quarterly West. She lives in the San Francisco Bay Area with her family. Connect with Patricia at https://patriciaqbidar.com or on Twitter (@patriciabidar).