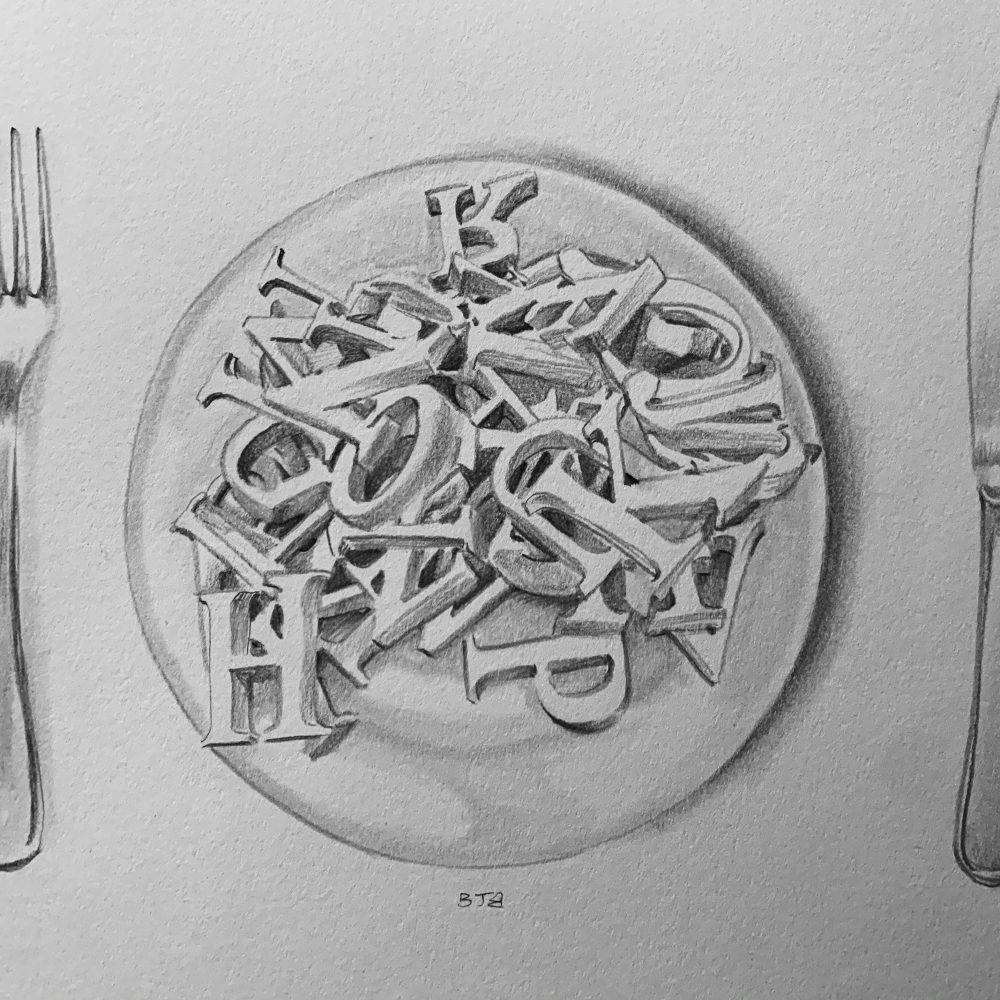 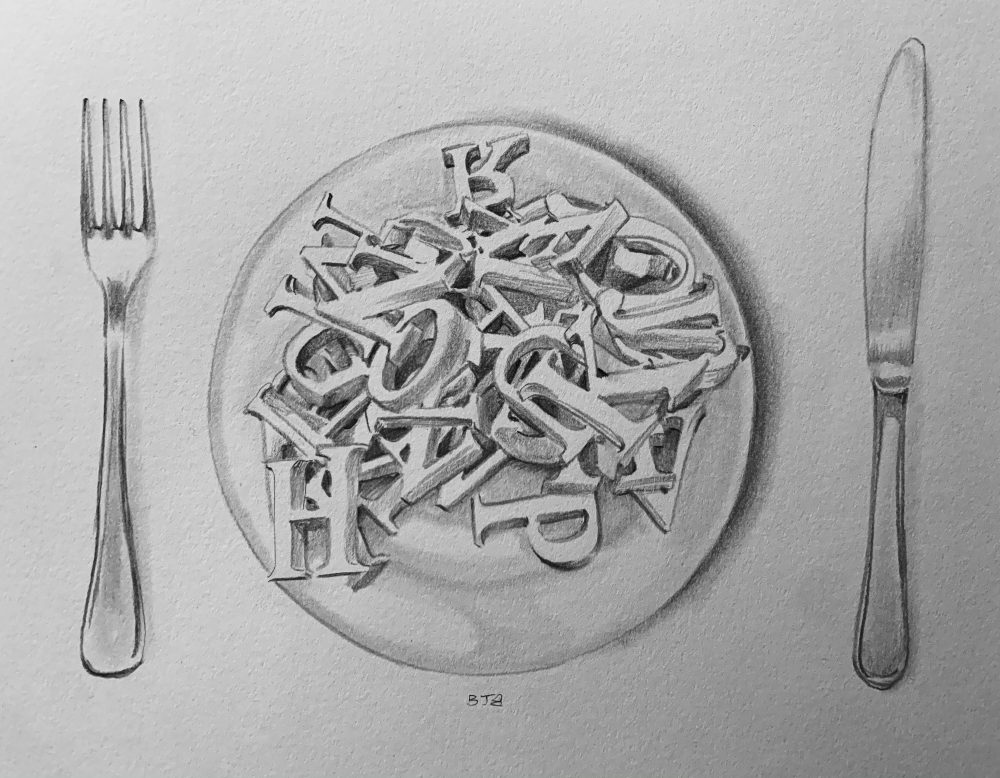 You are busy eating a name.  It’s a struggle.  The texture is leather-tough and could use seasoning, salt perhaps.  It doesn’t matter.  Nothing does, only that this must be done, and that you’re the one for the job.

If you swallow every letter, you figure you’ll be able to shit him out in a day or two, depending on digestion and how agreeable your colon is.

The center of the name has a bitter tang, like talcum powder or underarm deodorant, his brand.  You know the scent and taste of it because he was fond of shoving your nose and mouth into his sweaty armpit hair, putting you in a headlock while saying, “Lick, Bitch.  Lap it up.”

On hand is a magnum of Cabernet.  It used to be his favorite, though not his preferred kind of red color.  That type—his favorite—ran like tiny twigs of lightning in his eyes when he was stoned or angry.  That kind burst out of you in hot, dark crimson when a sucker punch landed and two of your teeth shot across the linoleum floor.

The last swallow burns midway down, as if it’s a steaming briquet caught in your throat.  The name is a stubborn fucker, always constipated, always seething.  It’s not used to being dominated, to have no control whatsoever.

You remember the stillborn child, being told to Push, Push, Push harder!  He’d blamed you for the dead baby, and after that, things somehow got even worse than before.

You remember the delivery, the horrible stinging, the unbearable pressure, the ripping and loamy odor, but still you Push, Push, Push harder! until the name becomes dislodged and is thoroughly swallowed.

When your cell rings, you hit speaker phone and tell his mother you’ll be doing Thanksgiving at your folks this year, alone.  You tell her the turkey there is never dry, that the pie crust is light and flakey, homemade with love, by a pair of tender hands.