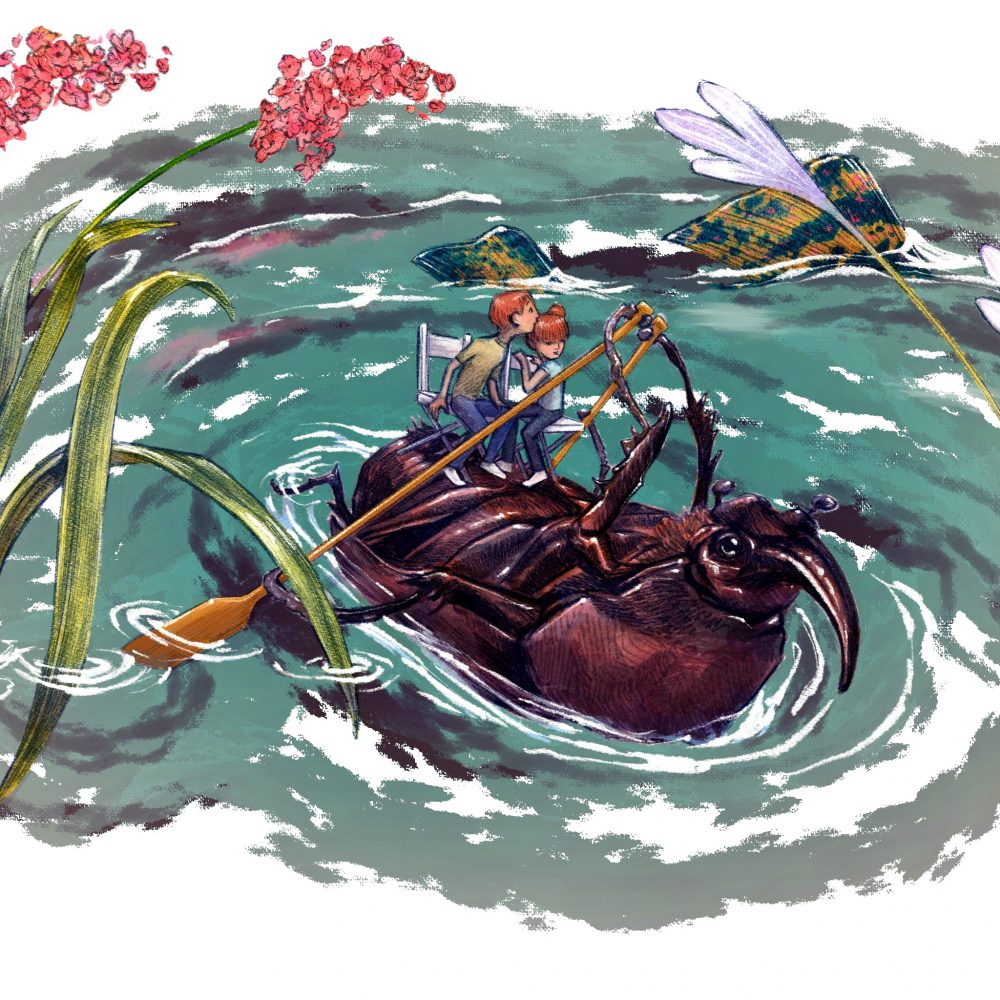 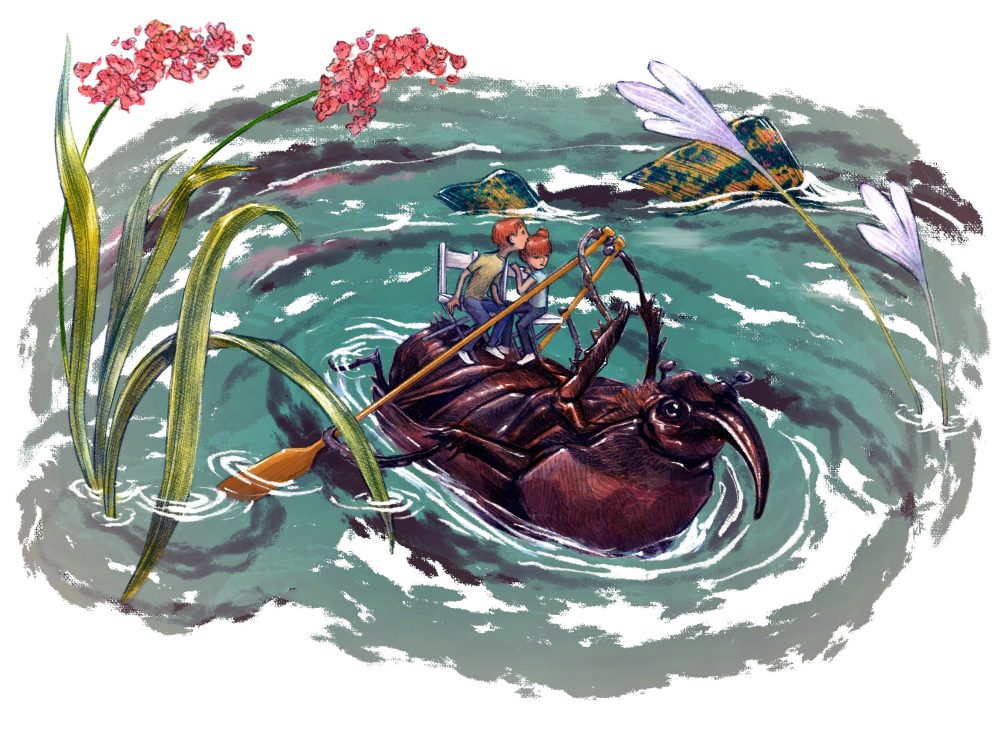 The tiny children want to ford the swelling river during the storm but a horned beetle tells them it’s just not a smart idea.

“The water is pretty wet today,” the horned beetle says, shaking his shell for a moment to shrug off the rain. “But hey, we’ll do it. Also, my name is Trent Thompson.” He bows low so his horn is pointed at them and they reach out and give it a pat.

In a crispy voice the girl says, “Trent, are you some kind of authority here? I don’t see a boat.” She nods to the dock, empty except for two foldout chairs.

“Boat, hah, you are a kidder.” He pulls out a clipboard. “Are your names on the list?”

“I made an appointment,” says the boy. He wipes his nose with his sleeve. “We’re the Breckinbracks.”

Trent makes a check on the list then slides the clipboard into his shell. “Alrighty, let’s go.”

Trent whistles a show tune as they walk to the far edge of the dock. The air smells of damp clay. He leans over and breaks down the foldout chairs with his mandible and pincers, which lightly squeak against the metal of the chairs. The tiny children are about to inquire again about the location of the boat when he says, “Heyo,” and jumps into the water with a loud slap. With some effort he flips over so his shell is floating on the water, buoyant and slippery, while his underside lays flat in the air. He undoes the chairs and sets them upright on his abdomen. “Hop on,” he says.

“I wasn’t expecting that,” says the girl.

They step onto Trent’s belly, which depresses a bit with their weight. They gingerly take their seats on the chairs. The current begins to drift them down river. Trent strokes toward the other shore with long paddles they hadn’t seen him take out.

“So what’s waiting for you on the other side?” Trent asks.

They are about to tell him when a trout sucks them from the surface and they all find out.

Ross McMeekin’s stories have appeared in places like Maudlin House, Bending Genres, Lost Balloon, and X-R-A-Y. His debut novel, The Hummingbirds, came out in 2018. He edits the literary journal Spartan. You can find him at www.rossmcmeekin.com.