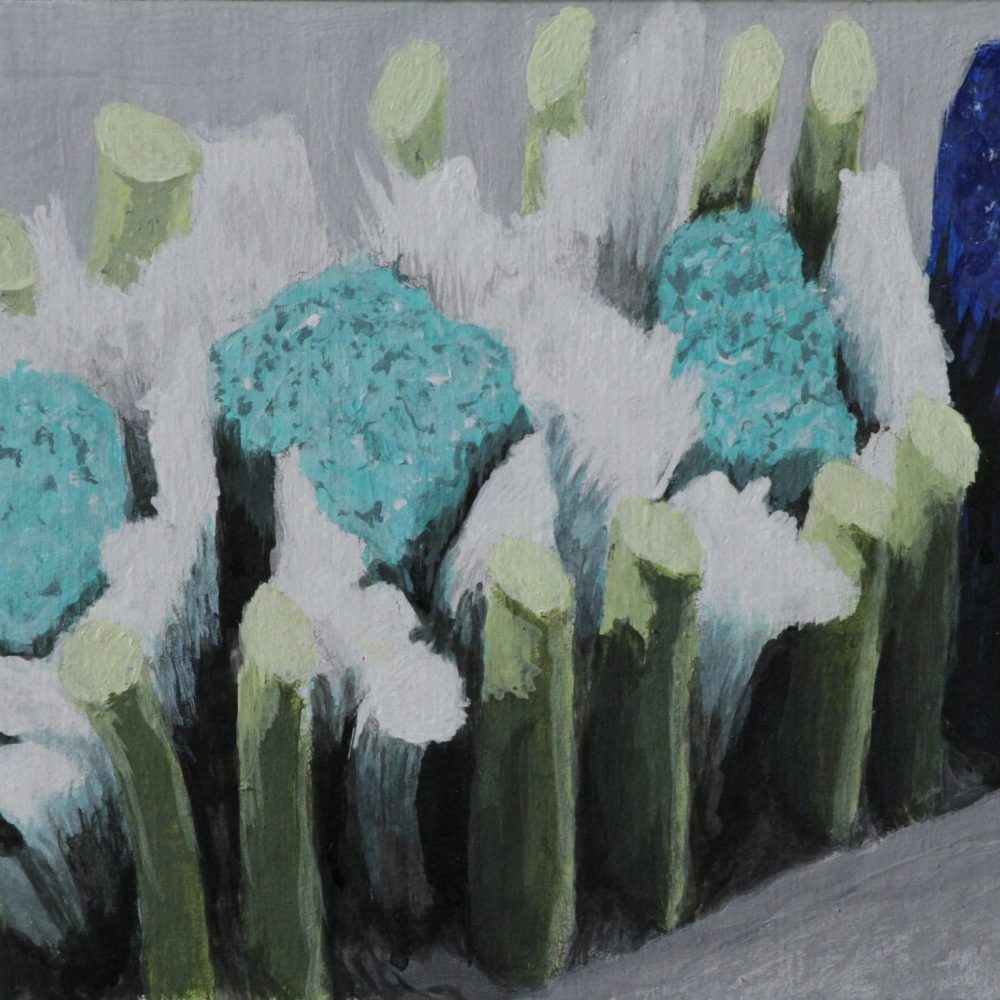 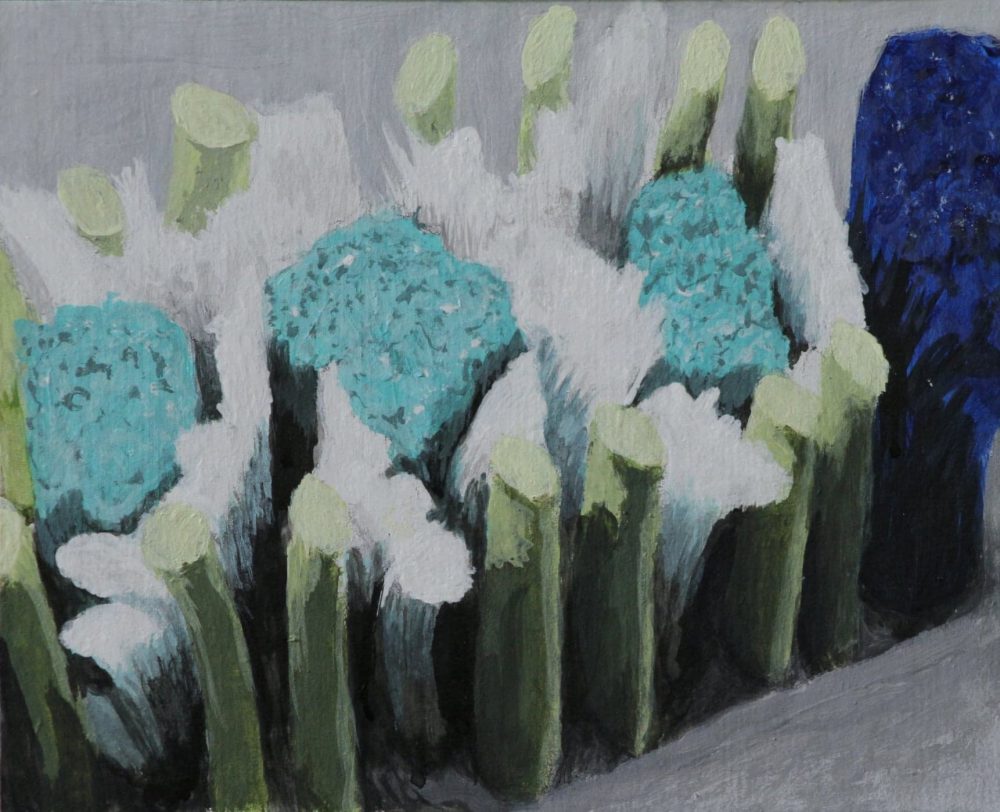 The zit erupted, spattering the bathroom mirror with fetid ooze. Jason just about had time to notice it was the same stale custard colour as the walls of his grandad’s care home before the pain hit and he had to bite down to avoid screaming. Blood trickled from the crater on his forehead.

As the gunk began its slow slide down the mirror, he reached out a finger and scooped it up. It squatted upon his digit. A sweat broke out on his forehead, stinging where perspiration began to drip into the wound. It’ll be worth it, he told himself.

He grabbed his blue toothbrush from the mug next to the sink and carefully scraped the pus onto the bristles. He paused for a moment. Jenna’s words sang in his brain. ‘Toothpaste gets rid of your spots’, she’d said, ‘so pus must clean your teeth. It’s obvious. And it does it better than toothpaste.’ Then she’d flashed that perfect smile that made him want to faint and said ‘I do it all the time.’

Jenna didn’t have any spots, but this detail hadn’t occurred to Jason. He took a deep breath, stared into the mirror, crossed his fingers and thrust the toothbrush into his mouth. It tasted of decay and gristle, like the week-old bacon fat at the bottom of the grill pan, and it made him want to vomit. He almost quit there and then, but remembered the conversation they’d had in the school yard yesterday, her piercing green eyes staring into his. ‘If you just had nicer teeth, you could be my boyfriend.’ Come on Jason, he said to himself, you can do this.

He scraped the brush across his teeth and felt the mulch slime its way over the enamel and coat his tongue. He gagged. The motion caused some of the gunk to slip down his throat and slither into his stomach. He gagged again, his mouth tasting of ashes, but he kept brushing and brushing until, eventually, he couldn’t stand it any more. He caught a glimpse of himself in the mirror. His teeth were a dank, pissy yellow.  He lurched for the sink, spat, rinsed, spat, rinsed, spat once more, then filled a glass with water and knocked it back in one go. The urine colour was gone, but the taste still lingered and he wasn’t sure that his teeth looked any whiter.

He’d propped his phone up on the bathroom shelf. He reached for it and tapped stop.

He watched the clip back. It wasn’t pleasant. Was this really a good idea? Jenna had hardly ever spoken to him until yesterday, after all, although he’d spent hours staring at her from across the classroom. His finger hesitated over the send button.

That smile. Those eyes. ‘You could be my boyfriend.’

A deep breath. A downward motion. It was done.

He retreated to his bedroom to wait for whatever was going to happen next.

David Cook's stories have been published in The National Flash Fiction Anthology, Sick Lit Magazine, Spelk, Flash Fiction Magazine and more, and he has previously been nominated for the Pushcart Prize. You can find more of his work at www.davewritesfiction.wordpress.com and say hello on Twitter @davidcook100. He lives in Bridgend, Wales, UK, with his wife and daughter.