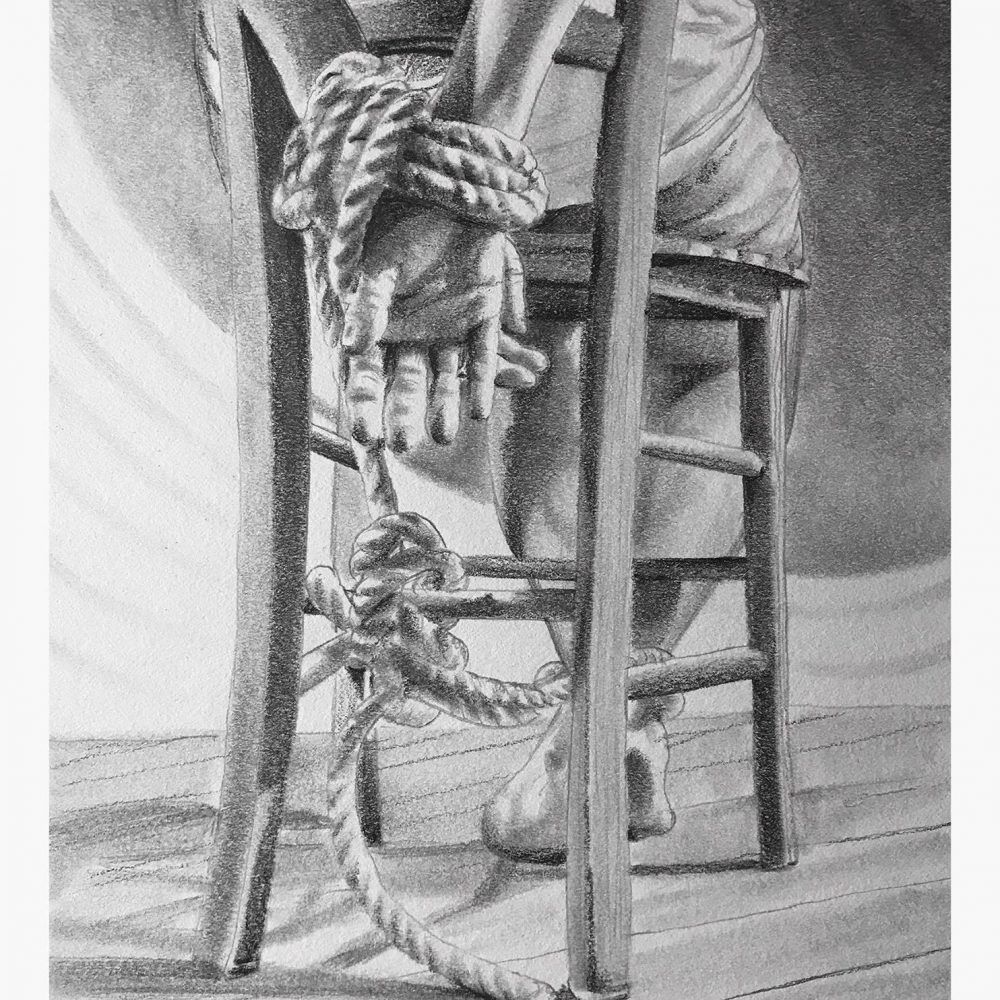 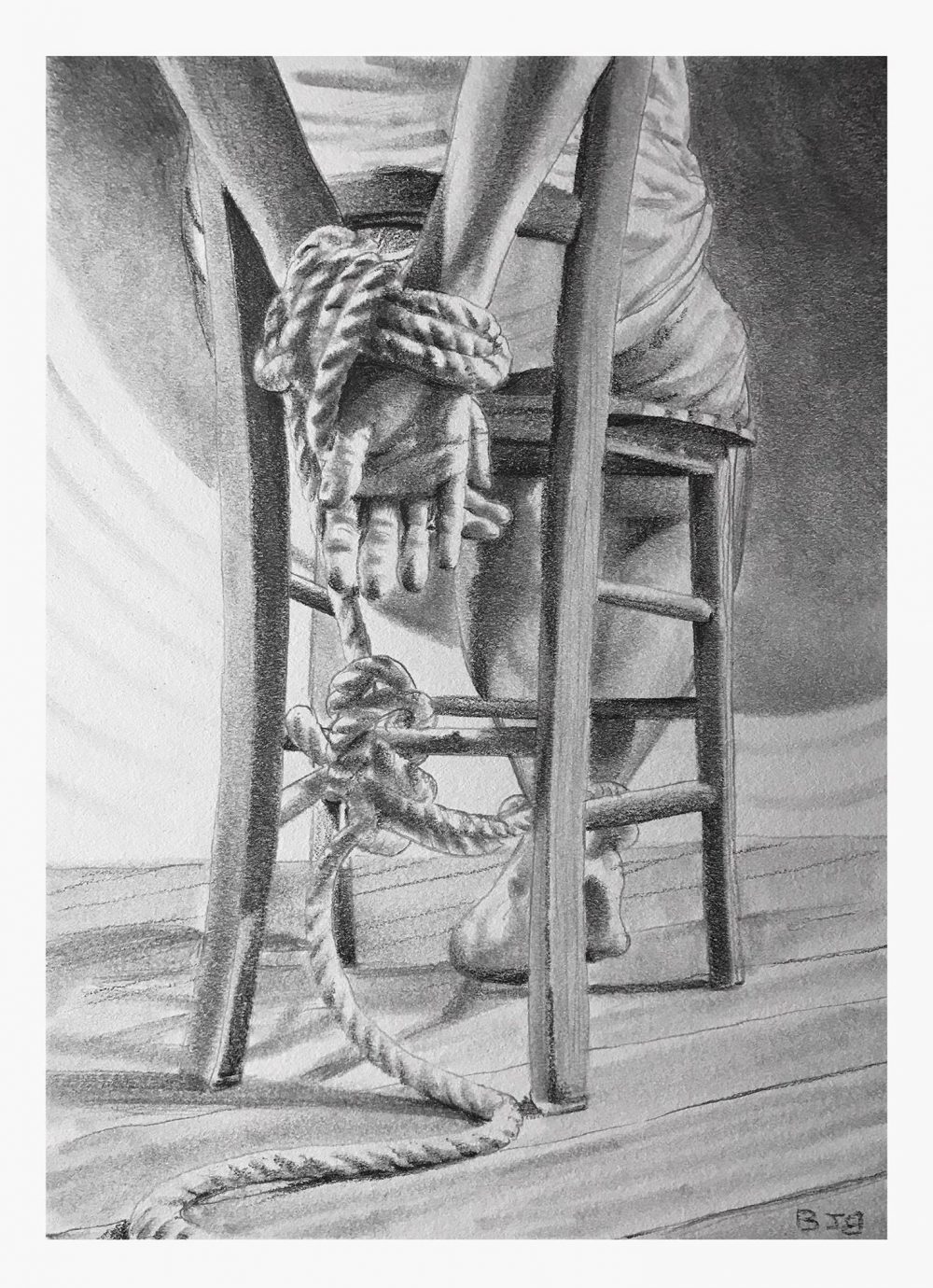 We tied him to a chair. Our questions made him drool and his eyes turn sky-less. At times, he mocked us with a smirk.  He smelled of whiskey and over-proofed sex.  We asked him about the Helsinki Affair, the murders of Section A heads. We asked him about the Herman Groutt files and the transvestite snitch who worked cellar comedy. We told him that we had his girlfriend, Veronica Lake, and she was giving up everything. Munch began to wheeze and spat on the floor. A lie, he said, she would give up nothing but slow poison through her pores.

After hours of more questioning, Munch pleaded with us to give him something to drink. It was in the Geneva Code, he stammered. He was beginning to smell of his own excrement. We made a deal: he’d tell us when the world according to Groutt would end, where the doomsday microchips were planted—and we would feed him.

He smiled and started to speak in code.

We couldn’t understand it—so many run-ons and reversals of reversals. We called in our brightest intern, Eloise Brock. She recorded his babble with a hidden device. In an adjacent room, we spent hours trying to decode his ramblings. Eloise announced that she could make sense of some of it.

What you are looking for is inside me but you will never find it because I am too many things. I am a puzzle within a puzzle, an organ within organs.

What does he mean?  we asked Eloise.

I will get even with all of you. Slowly, you will be emptied of all contents.

An explosion shook us.

We ran into the next room where Munch was being held. The walls melted. He was gone. Only an empty chair and loose rope around its legs. Beyond the walls there was a tunnel, but it became progressively smaller until nothing. There was echo of laughter.

We spent the rest of our lives, conscious or not, in searching for Munch. Our spouses fell out of love with us. They went crazy, perhaps from listening to us sleep-talking, and chased strangers down what we imagined as dark narrow streets. We could only think of little men in raincoats and the truth of their lies.  In a sense, we became part of Munch. Slowly, we began to bleed from the toes. We found tiny snakes in our toilets. In the morning, we discovered that our navels were bruised and bluish. At night, we puked out shapes resembling stars. A quarter moon played hide-and-seek. We became prisoners of the cancer moon.

Kyle Hemmings is a retired health care worker. He has been published in Bones, Otata, [b]oink, Matchbook, and elsewhere. He loves street photography, comix, and obscure garage bands of the '60s.