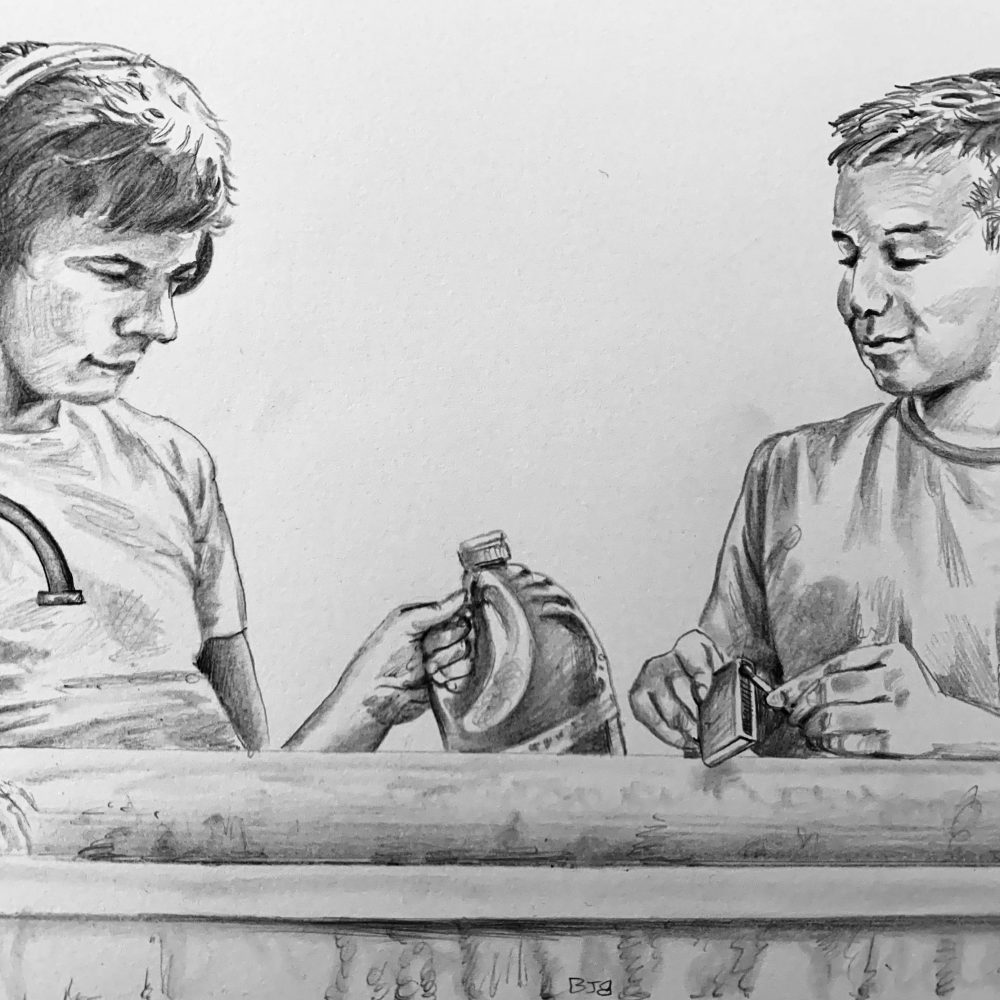 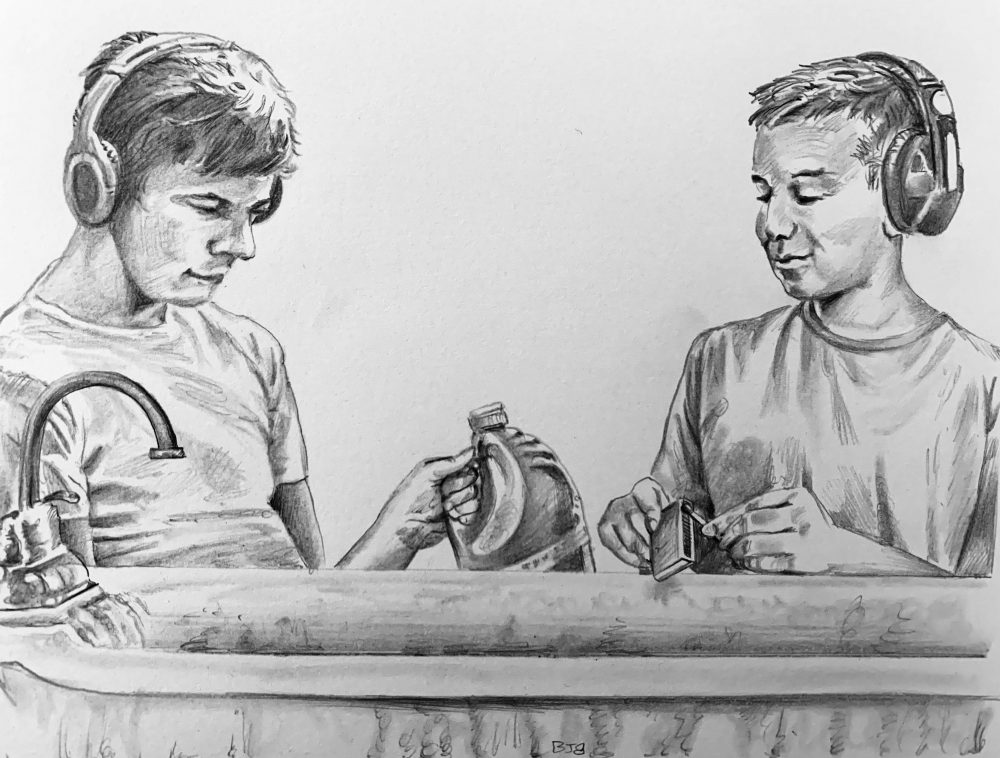 We decided to test it in the bathtub. It seemed like the safest option; the backyard was off-limits after last time, when Mrs. Carruthers next door called the cops on our barbie barbecue. We had seen in our history textbook how they brewed gin in a bathtub during prohibition, and those were old bathtubs. Surely a modern, twenty-first century bathtub could stand up to a little homemade firework.

That visit by the squad car after the smoke and acrid smell of burning plastic was the reason we were in this position in the first place. Your mom lost it. You were grounded indefinitely, and I was the only exception (they believe that one of us is tutoring the other in math, though it’s never been clear who is the tutor and who is the pupil, and our matching Ds in the class provide no further clarity). This meant missing Emily St. Clair’s end of the summer fireworks party. I could still go, of course, but I was a good friend.

Rather than admit to everyone that you were grounded when you were asked about the party, you told them you were having your own fireworks party—a much cooler one. Never mind that Emily’s dad lived on two acres outside the city and your mom’s house had a ten-foot by ten-foot square of cracked concrete instead of a yard. Never mind that you had no access to fireworks, nor were you allowed to attend or host any parties. No, you said you were hosting a fireworks party, and suddenly it was so, and since I was standing beside you when you said it (and I was your only parentally-permitted houseguest), I was the defacto cohost.

We decided we must make the fireworks ourselves. Neither of us looked eighteen, and neither of us had older siblings or older friends, so buying them was out of the question. Somewhere along the way, this objective became blurred (I think around the time that we discovered that neither of us had any access to gunpowder). Before long, we were scrolling through pirated copies of The Anarchist’s Cookbook and Steal This Book and planning something that looked, in retrospect, far more like a felony than a end-of-the-summer party.

Our working prototype was the result of a few afternoons’ work, and its ingredients were especially precious. While my parents kept a careful eye on either liquor cabinet (I got a one-hour lecture after half a bottle of Jack Daniels went missing last New Year’s Eve), your parents were teetotalers; all we could find in your house was a dusty bottle of peach brandy with just a few swings left in it. In the absence of gunpowder, this alcohol would provide the power in the display we had taken to calling “The Big Bang.”

As I went to bed the night before the test launch (1000 hours, right after your mom left for work), I began to get worried. What if we had misjudged the capabilities of this firework? We were not expert mathematicians, and we had made many substitutions to the recipe (there are no results for “peach brandy firework” on the internet). I worried that, if we left scorch marks in the tub, your mother might actually kill you (my worry for my own well-being was relatively low—I think my parents would be glad for the break if I were sent to jail, and I would be glad for the lack of math class).

The morning of the test launch came, and  we carefully placed the contraption in the bathtub. It smelled horrendous. Unbeknownst to me, you’d added an assortment of other household chemicals (just in case, you’d said as you poured them in). As you were about to light the match and drop it in, I stopped you. What about the sound? Surely, if this were the magnificent firework we were hoping for, it would make a monumental noise.

Then, each wearing a pair of fashionably large bluetooth headphones, we began an out-of-sync countdown for our rocket launch.

Five. Inside the tub, the firework had sprung a leak, and a thick liquid that smelled of peaches and bleach was beginning to pool around it.

Four. I wondered what the firework would look like. We’d never really discussed it. Would it be a dazzling display of blue and red stars? Or maybe something green and fizzy? How did they make fireworks colorful, anyway?

Three. The headphones you lent me were itchy. I wondered whether you had an undiagnosed lice infestation. If I ended up having to shave my head, I might have to skip the party. I was convinced I had a lumpy skull, and I couldn’t risk anyone seeing that.

Two. You struck the long barbecue match against the side of the box and dropped it into the bath. I looked around once more to take in the pastel pink walls of the bathroom before the match made contact.

Alexander Evans is a writer and teacher who lives and works in the American midwest. He has a sweet and bouncy dog named Otis who is probably barking right now. His small fictions appear in X-R-A-Y, Pithead Chapel, Milk Candy Review, and more.