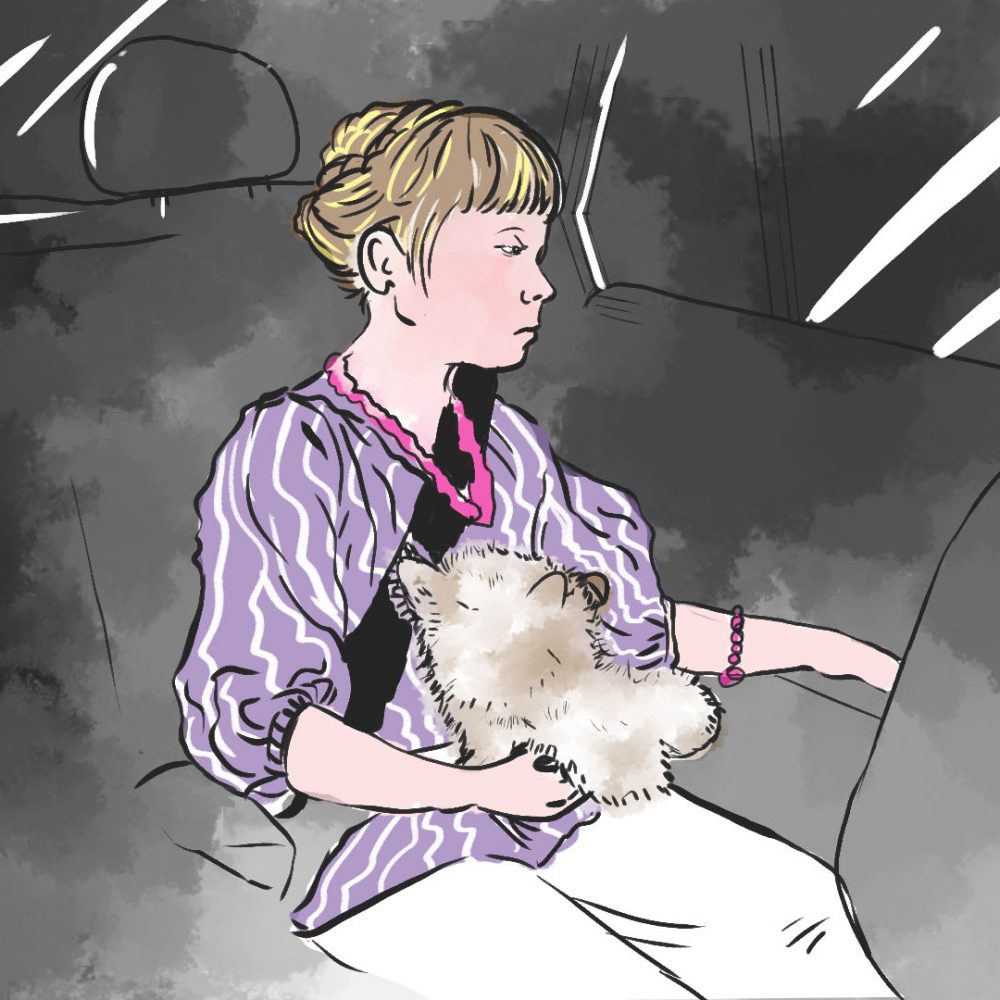 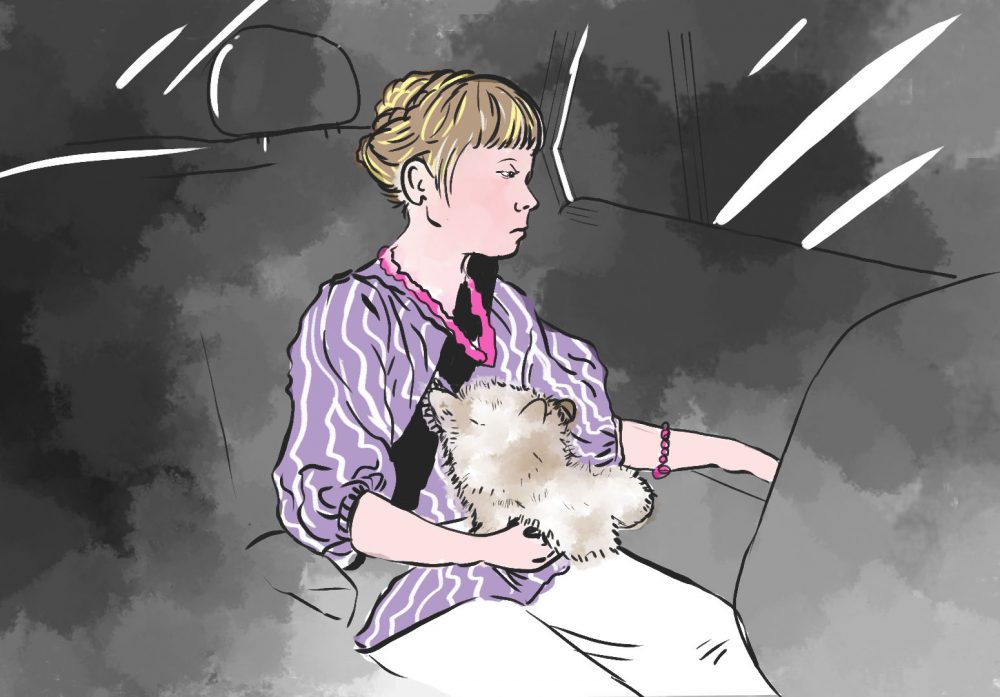 Mama said we had to start making smaller dinners because we’d been overeating, which was wasteful. I felt bad because even then the mound of stringy vegetables looking sad on Mama’s plate was smaller than mine. After dinner, Mama sat in the muddy light out back, blowing smoke and missing dreams into the night air, while I lay in my narrow bed with a hollow stomach. No one came for sleepovers.

Mama said there was nothing wrong with my school uniform and that it’d last me another year. When winter’s chill started sticking its frozen fingers up my skirt, she gave me a pair of her tights to wear underneath. They flapped past the ends of my feet, flat boneless leg-ribbons. I rolled the ends of the tights up and stuffed them into the toes of my too-big shoes. They gave me superhero powers. The other kids stood on my feet ‘by mistake’ and thought I was unbreakable because I never flinched. They didn’t know they were stomping on rolled up tights instead of toes. The tights also stopped them from teasing me about being able to see my underwear. I needed that invisibility.

Mama said when she had a gentleman caller I was to take two dollars out of her purse and go down to the corner store. I was meant to buy as many sweets as I could, and stay at the store until I’d eaten them all. I never did; I poured every cent into the arcade game that stood by the door. The ping-ping-rawr in my ears drowned them out, the sounds from home I carried everywhere in stereo thought. I had the three highest scores, but I could never tell Mama that. When I got home the gentlemen callers were gone and she was always sadder, but for the next few days there was breakfast as well as dinner.

Mama said she had an important errand to run. She put the suitcase, the big brown one with the extra strap, in the car; she moaned and strained as she lifted it, but she wouldn’t let me help. Before she slammed the car door she held me too tight and breathed in my hair, like when I was really little. Mama said she’d be back in half an hour.

It’s dark now and I’m still waiting. I have to stay inside with all the doors locked and not let anybody in until she gets back. That’s what Mama said.

Amanda McLeod is an Australian author, artist and creative. Her words can be found in many places, including The Cabinet Of Heed, Anti-Heroin Chic Magazine, and Twist In Time Literary Magazine. No, she has no idea how all these books managed to find their way into the house. She tweets about words and creativity at @AmandaMWrites.