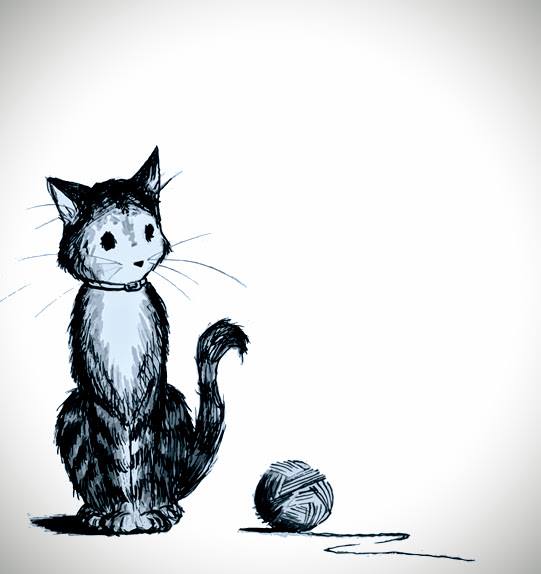 I knew a cat that made sandcastles in the litter box, spending a good amount of time sculpting pyramids and medieval castles, its face dropping when the owner threw masterpieces in the trash. The cat’s city nearly always had a freshly painted bright-blue sky and attracted natural monsters, like floods and hurricanes, opponents of women’s reproduction rights and proponents of whitewashing history books.

I knew a cat that knew the end was near and wouldn’t let go of life without a stubborn fight, because that is what you do when you know you are your owner’s lifeline. His owner sold everything on Craig’s List to generate cash so he could go to the low cost clinic. Then his truck broke down, so he survived on soda and cigarettes and left over food from friends. When the cat was a shell at his feet, everything resembled a hyped up Z-list movie that didn’t have the decency to end. With his next paycheck, he bought flowers and planted them on the ground where he buried it.

I knew a beast of a cat that played bloody games with mice and baby birds that fell down from trees. I would pick its victims up, some headless, others with their insides cracked open, bury them in the yard, or in very few cases, nurse them back to health. It was a rabbit that hopped in its yard one spring morning that hurt its feelings. The rabbit, twice as big as the cat, nonchalantly feasted on the cat’s manicured lawn, completely ignoring the furrowed brows of the feline hunter.

A week later, the cat was run over by a car. I found him early in the morning, flat as a pancake. It was Carnival season, so I put on my sea monster costume and that entire week, the streets were covered in confetti, but a day after the last festivity concluded, everything was squeaky clean again and soon after, the cat’s owners got a new cat that would have been a disappointment to its predecessor. This cat was a pacifist, down to its unsymmetrical white socks. As it head butted flowers and Eskimo-kissed butterflies, calm was restored for a while in that little part of the world.

2.
I knew a cat that didn’t experience much affection and spent its fifteen-year old life gazing out the attic window. Some people get a cat and realize they can’t stand cat hair on the sofa, or cat litter dragged in on the carpet. While on a visit, made an attempt to pet it but it must have been confused, because it gave me two pats on my hand and retreated on the windowsill. The following day, keeping a sensible distance, I watched out the window with it, as suburbia life unfolded in front of us. At some point, it came closer and unless my mind played tricks on me, I heard the beautiful play of a dim but symmetric purring. It was time to leave and as usual for that city, heavy fog poured into the city. The cat watched me from the staircase as I packed my bags. Some ask without asking to be taken away.

I knew all these cats and places but knowing is hurting. I’d rather places were gone instead of cats, wished the cats trusted me enough to let me see past their projection. Every time I travel, flight attendants reveal smiles that in no way corresponded to the rest of their faces and I think maybe we all have some form of smile mask syndrome, until we meet the moon of our death and glance at empty streets.