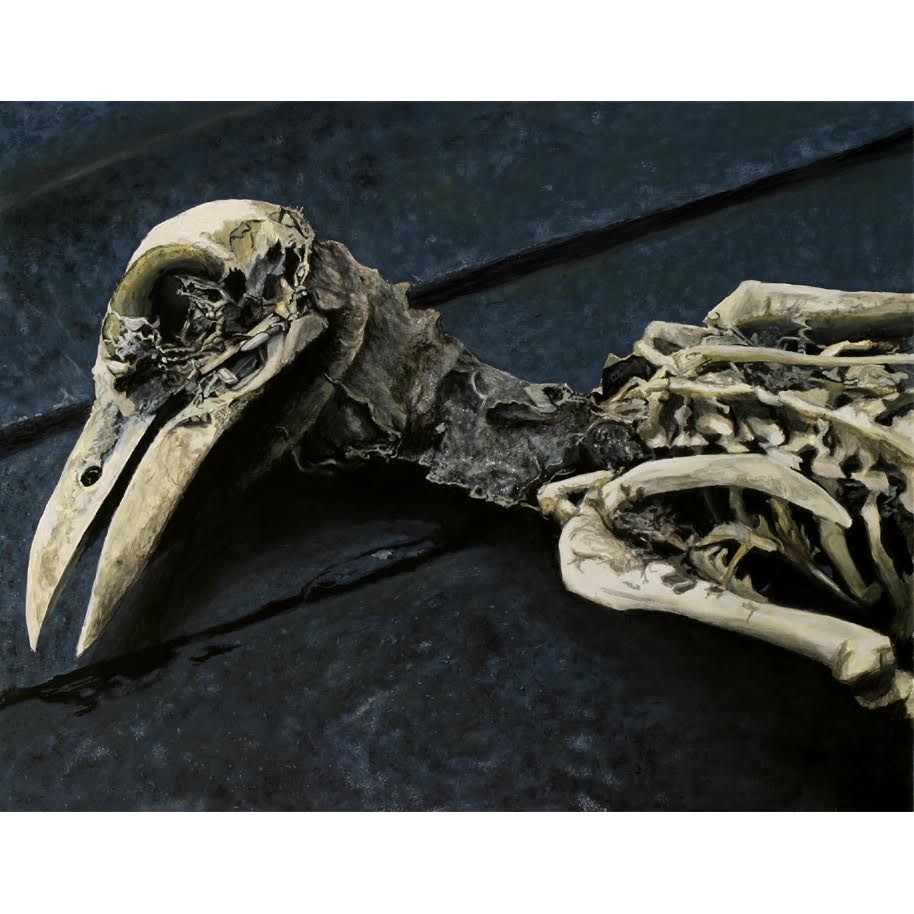 Surrounded by crowds that swell with anger and purpose, the woman feels her stomach roil. She had hoped that a Wednesday afternoon would mean a lull in holiday shoppers. She wishes to stop, to sit, to go outside for a gust of crisp air. She swelters and itches inside her wool coat, and her left arm aches with the weight of her purchases. Her body forms a taut angle with her right arm, at the end of which the child pulls, running hard at nothing.

One gift more, she thinks, wading toward a rack of pullovers. “Just one more and we’re done. Just a present for Grandma. Do you want to help me pick a nice sweater for Grandma?”

“No! Nononononononononono! Get off me!” The child jumps and twists, trying to wrest itself free. The woman presses her lips against another wave of nausea and tightens her grip on the sweaty little palm. She had tried letting the child roam a little, and the child had sent a mannequin clattering to the floor and ripped several blouses off a rack, one of which floated and settled over her so that she looked like a baby ghost as she scampered out of the store, setting off the security alarms, before the woman could catch her. “No! Get off! No touch!” The woman feels the will of the crowd press against her in rumbling waves.

“Leave it at home if you can’t control it.”

“Just let her stretch her legs.”

“Does the mother know you pull on her like that?”

If only the child had inherited a little of the woman’s color. The woman doesn’t bother looking for or responding to the speakers. She ignores the objections and lifts the child, who becomes leaden, then becomes a hurricane. She carries the struggling child toward jewelry, but then a flailing fist catches her throat. Gagging, she drops the child, who promptly runs headfirst into a glass table. The woman feels rather than hears the resulting thunk; even her filings tremble. The child gasps, pauses, gasps and screams. And screams. Already, a purpling knot adorns the pale forehead.

The woman waves away offers of help and lugs the child through tightly-packed displays to the bathroom. They are both crying. The woman wets a wad of paper towels in cold water and gently presses them against the lump. The child presses her face against the woman’s neck and winds her fingers through the woman’s hair. Slowly, her sobs become whimpers, then murmurs, then occasional sniffles. They begin to breathe in sync.

“Okay my love.” The woman remembers the first time she held the child, how they were exhausted then as well. She nestles into the scent of baby shampoo and thinks about the plum-sized person inside her. It’ll be alright, she decides, I can do this again.

She sets the child on her feet, holding the small hand as they walk back into the store. Just as they reach the first rack, the child wrenches away and runs, giggling, through the displays. The woman does not follow. Hot blood rushes through her body, threatening to erupt from her eyes, mouth and fingertips. She closes her eyes against the spinning melee of shoppers and fluorescent lights. She inhales, 1, 2, 3 and exhales, 1, 2, 3. Fine. She will let the child learn what it means to be lost. She will search for the last gift and wait to hear the overhead announcement about a lost little girl.