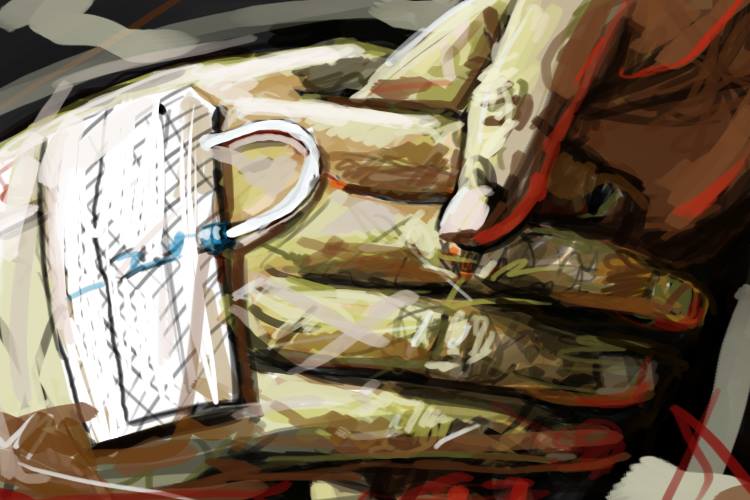 When Jerry got sick I didn’t know what to do. And then suddenly there he was in hospice, dying. His oncologist said he had weeks, maybe a month. I knew Jerry’s parents were both dead, but he also had a bunch of siblings and cousins in different places. I went through his phone and emailed everyone, but it was the weirdest thing: no one wanted to come make their final goodbyes. They all had some excuse, or they didn’t reply. Except for his youngest brother, Devin, even though he was on the other side of the world. He was a lance corporal with the Marines, in Afghanistan, but he emailed right back to say that he’d already been granted emergency leave, and that he’d be here as soon as he could. Four days later he showed up at Jerry’s bedside, sunburnt, in his camouflage uniform, his tan-colored combat boots still dusty from Kandahar or somewhere. Jerry couldn’t talk by this point, but I saw in his eyes that he recognized his little brother. Devin sat next to Jerry and took his dying brother’s hand in his. Then he made Jerry slap his own face. Smack. “Stop hitting yourself, Jerry,” Devin said. Then he made Jerry slap himself again. Smack. “Stop hitting yourself.” And then again—smack. “Jerry, I mean it—stop hitting yourself.”

Ben Reed’s fiction has appeared in Pank, The Seattle Review, West Branch, and other places. He recently won the Texas Observer Short Story Prize, and has some flash up on the Tin House blog, The Open Bar. He lives in Texas.