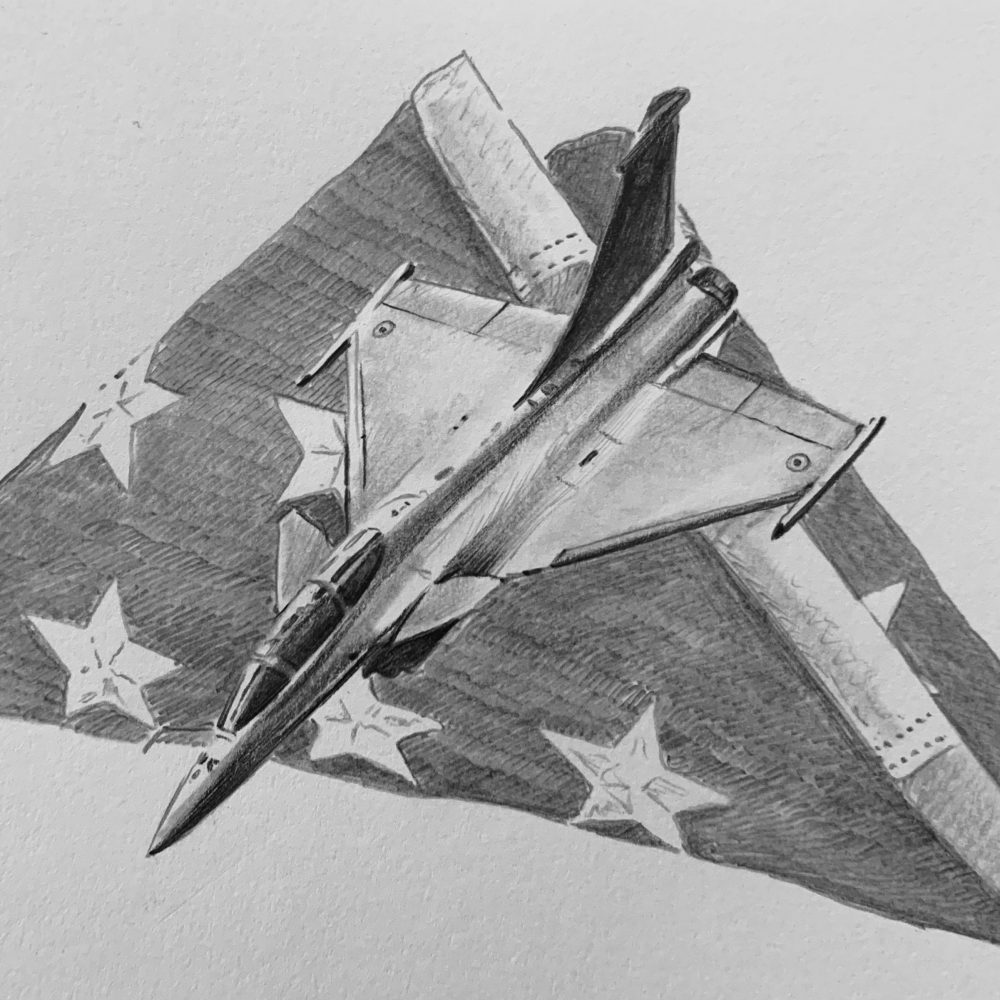 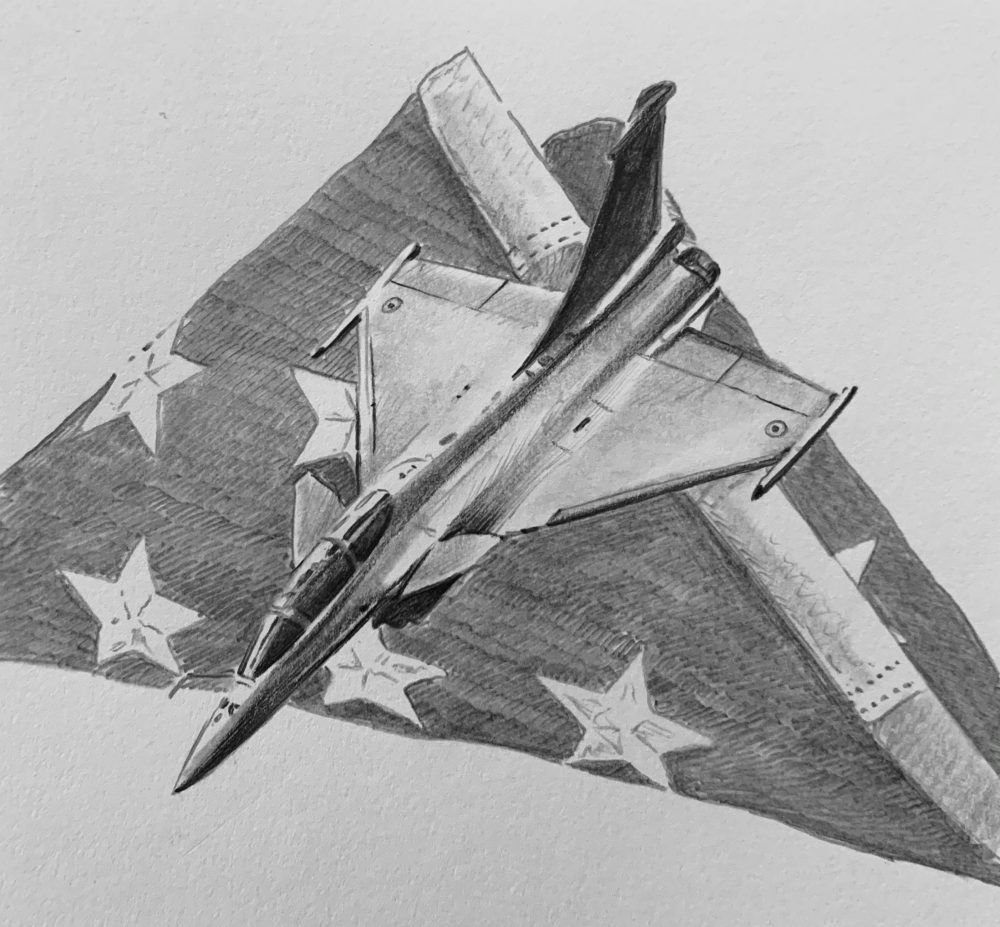 It came again last night, that awful dream I get about the airplane. This time it crashed in the middle of London, god knows why, maybe I saw a show on TV that made me think of it. Anyway, it wasn’t out in a flat desert like usual. This time I was high up in an office building and I was just a young office girl in a black skirt looking out a window and I saw it coming, zooming in on an angle. It wasn’t an airplane like the one I took to Calgary when you were living there with Susan and the boys. They must be grown by now – why don’t you send pictures anymore? Drop me a line sometime. It was one of those war planes, you know the ones, thin and shaped like a kite and painted green for some reason, that dull splotchy army green, though I’m telling you it stood out like anything in the blue sky. You’re so smart, tell me why anybody paints an airplane green. A second later it crashed behind some buildings, so I couldn’t really see, and it didn’t make any sound, it was absolutely silent like somebody went and switched the sound off, but the fire went up like a bomb and I felt the heat through the glass even so high up in an office building. I looked out and saw all those tiny England people down below, tiny like bugs, running every which way, all scared and running away just like anybody. It made me feel scared, too. I don’t think I’ve ever been to England except for this. I know you believe me, Johnny, but around here they think I’m stupid. They treat me like I’m stupid or something. They say you need to get back in bed, Mrs Antonelli, it’s time for your meds. And I tell them about you, my special soldier, and they say that’s nice, Mrs Antonelli, now drink this. I tell them not to tuck the sheets in so tight, it cramps my feet, and I tell them the jello here tastes like fake limes, and I say thank you missy but I can go to the bathroom all by myself, and next time wake me up when my son visits. That’s when they give me that look and say mean things like I’m so sorry, Mrs Antonelli, don’t you remember? Your son is gone, it was years ago now, Mrs Antonelli, I’m so sorry. Don’t you remember the folded flag? The white glove salute? Then they tell me it was on the news, and the President made a speech, like I’m supposed to believe that. They say mean things like that. Then they go all quiet and leave the room in their squeaky white shoes and close the door. They treat me like I’m stupid or something. All I ask is where’s the telephone? My son wants to call. Just tell me where’s the telephone. They say there’s one on the wall but for emergencies only. But that telephone doesn’t work, Johnny. It never rings. It’s never for me. It’s never you.

Paul Ruta is a Canadian writer living in Hong Kong with his wife and a geriatric tabby called Zazu. Recent work appears in Cheap Pop, Robot Butt, F(r)iction and Smithsonian Magazine. He reads for No Contact.