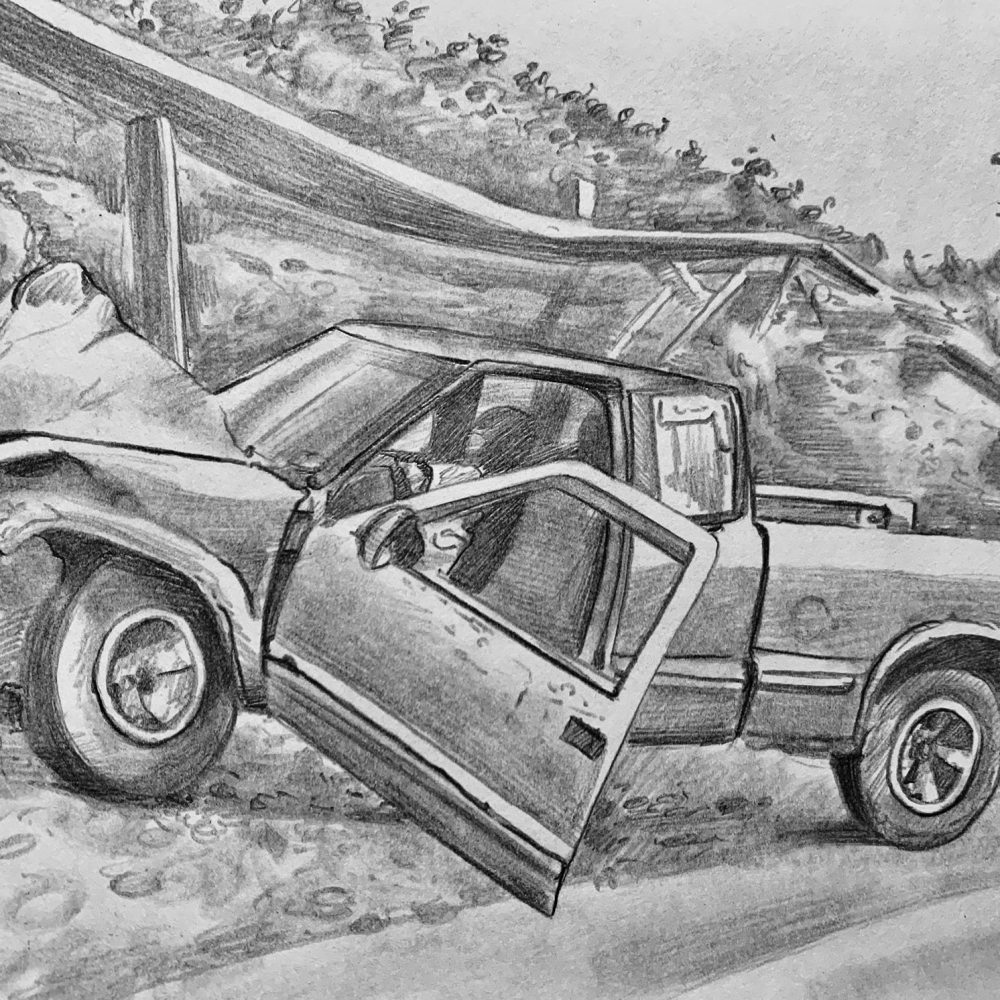 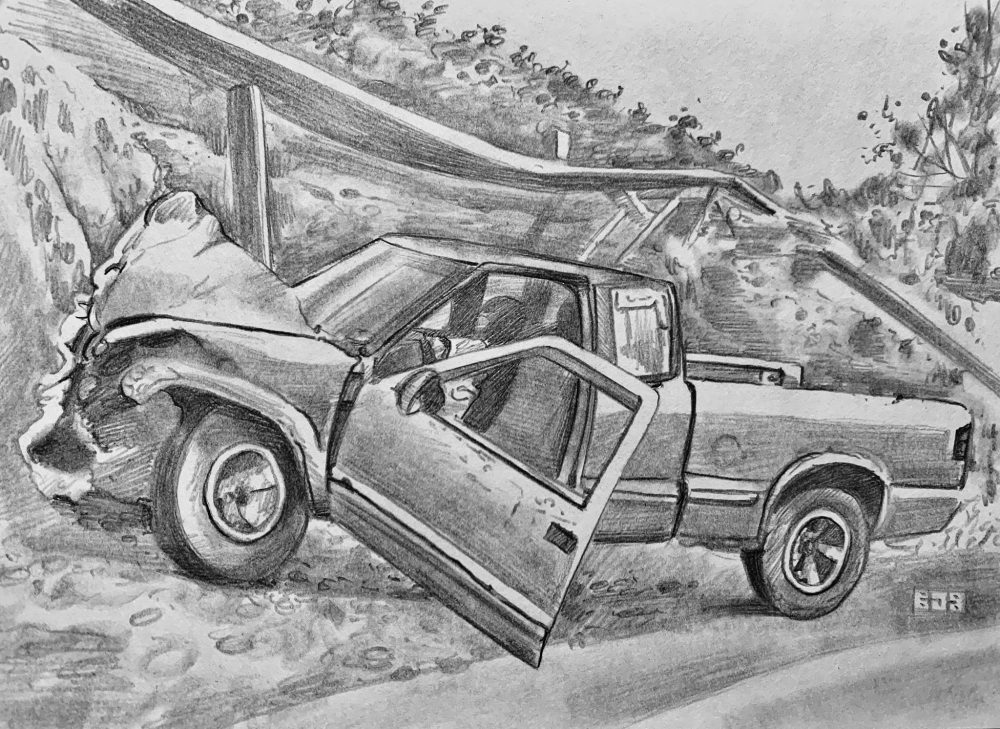 The night of our date, we agree that you’ll drive your pickup truck into an embankment while I stand on the side of the road filming it, making sure no animals are harmed in the making of this video about abstaining from sex with the guy you like.

This is Sex Ed now. The earlier version dropped circa 1995-‘96, before all the infamous change and explosions happened. Back then, they handed us pamphlets covered in cheese curls and confetti, because sex was a celebration. Inside were models who resembled the characters from Saved by the Bell but who were not the same people. Practice safe sex, said the Mario Lopez lookalike, because sex led to babies, and life was dangerous.

In those days, you sat on the bus with your friends and giggled about sperm while I primped my bangs and checked for lumps and anticipated wearing “feminine napkins.”

Now, we’re grown-ups who learn about sex while lunching in cars with the seat fully reclined and a sandwich wedged between our legs. From that perspective, it’s easy to see the school nurse’s head floating high above the treetops—our guardian angel appearing like she used to via laserdisc.

“Remember, sex can be nice,” she cautions, “but sex is not the same as love. From gonorrhea and syphilis to HIV and AIDs, sex can kill.”

We absorb her lesson like frogs or other liminal beings, supping it from the pool of knowledge.

When you invite me to dinner, I take all the necessary precautions, asking about getting to the restaurant, how long we’ll be there, and so on. There’s a quick shortcut we can take, you say, tracing the route with your finger.

The directions are easy, but you’re nervous giving them. Your face turns bright red against the desktop’s potted ferns. This is another part of Sex Ed now—managing the queasiness that never seemed to go away, even though the adults at the time said it would.

At the table, you nibble your meal as I stare at the ring on your finger. You make everything about sex, confusing my favorite TV show with a local topless bar of the same name. The conversation folds in on itself, with all my fear and trepidation springing to life. We finish and go to the park as friends trying to have fun and be social. Exercise is good for the glands.

Afterward, you invite me to your house and serve me iced tea while showing off your mom’s Hummel collection and the black-and-white photos of your grandparents sitting on the steps of their trailer near the lake. A framed picture of a blonde woman beams from the shelf.

“This is my wife,” you say, holding it proudly at arm’s length. There’s another one of you both superimposed on a zigzag of fir trees, the waters of Niagara Falls, and a silver spring.

My heart sinks as I study the happy couple.

You smile but don’t reply. In your bedroom, I leave a bloody pad wrapped in a napkin behind your dresser.

At home later that night, I watch the video we made. It’s graphic. The impact of driving into the wall at a high speed left you unconscious. Yet thankfully, you’re uninjured. While you rest, I text you pictures of bunnies, rainbows, and hearts, knowing you’ll see them when you wake up and I’m gone.

In the end, we succeed in going through all the motions without engaging in the act itself. There are fresh, excruciating images, but no flesh or blood at play. We refrain from having real sex by simulating it. As a result, lives are saved.

This is Sex Ed now.