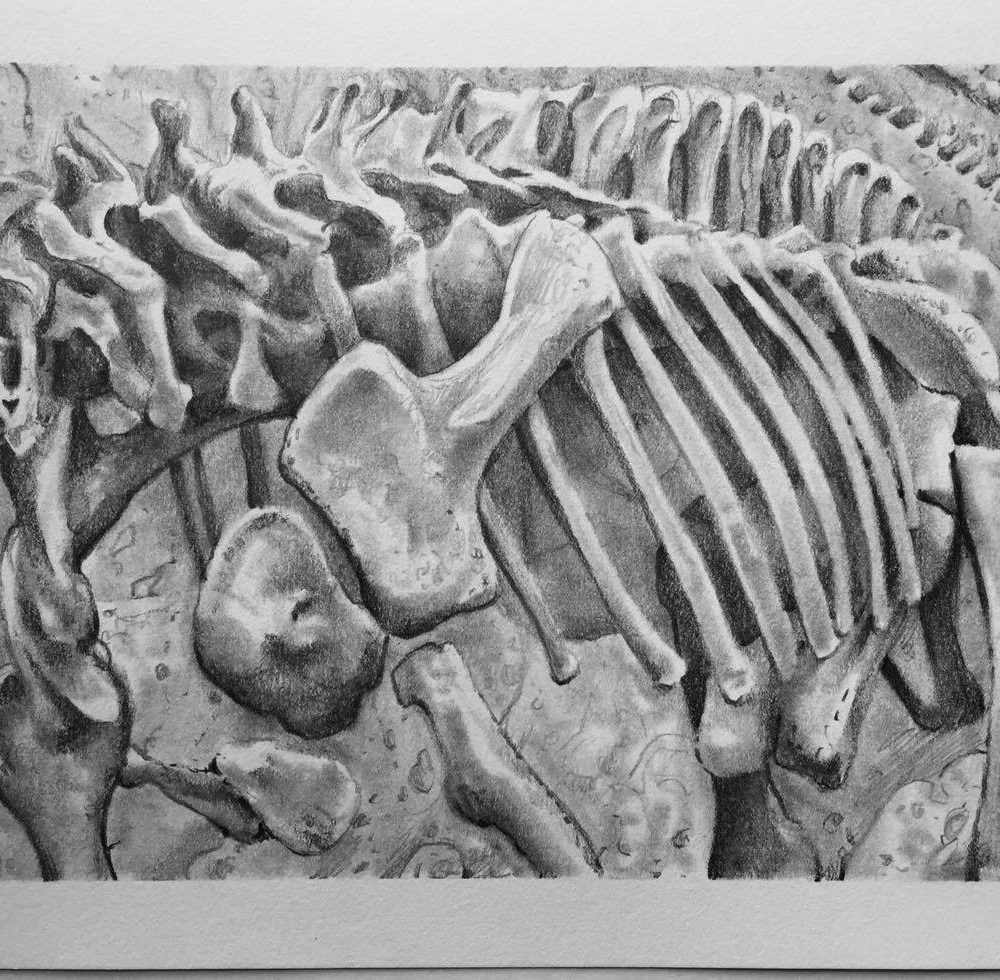 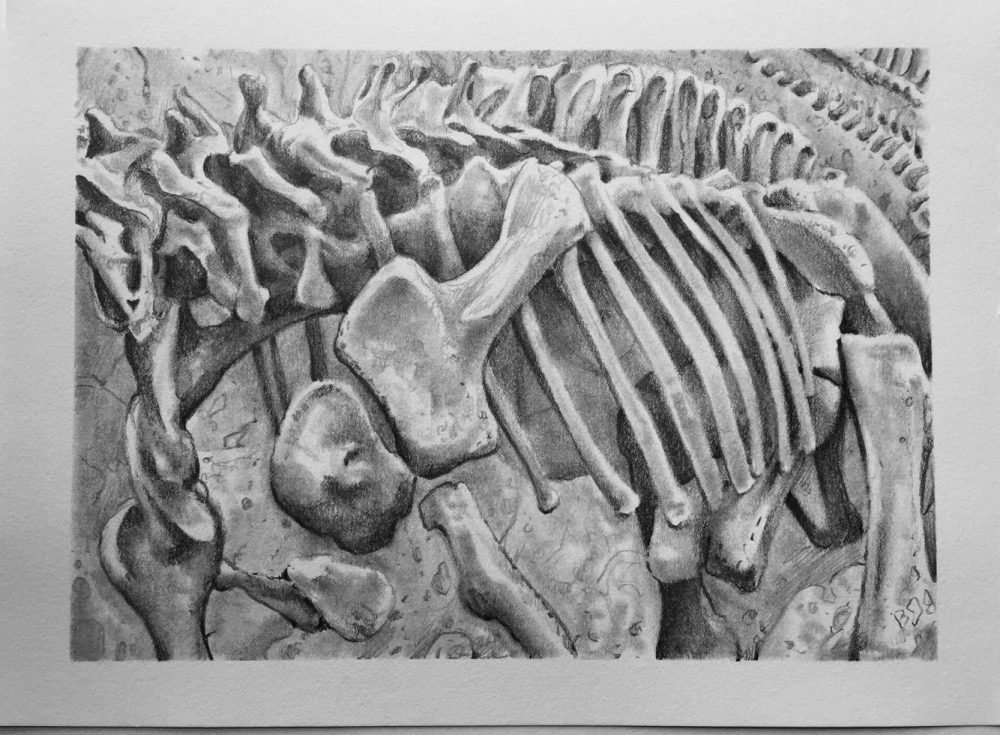 This kid is trying to tell me that Brontosaurus didn’t really exist. He wears a black t-shirt halfway to his knees, skinny like they all are. These kids get bussed in from tri-county or the group homes because a day at Suffolk City Dino Park is a cheap way to occupy restless eyes and destructive little hands. Most of them get right to vandalizing. Some of the park people hate these kids, but I like them. They’re easy, really, so easy to help.

“I don’t know, buddy,” I say. “We got one right here.” I gesture like I’ve been taught to the animatronic sauropod creaking its head back and forth above us. From where I stand, I can see the bolts in its neck, green and yellow paint rusting. I’m supposed to be doing rounds to make sure the tri-county kids aren’t clogging toilets or scrawling DICK on the flat boulders along the walking path. This job is low stakes. No flashing lights or emergency tracheotomies, no rollovers in cornfields. A positive step forward, was what I wrote on my application.

“Brontosaurus was a mistake,” the kid says. His nose runs and he keeps slinging the back of his hand across his face. Snot doesn’t freak me out. In EMT school I always had the strongest stomach. Blood, vomit, the strange clarity of viscera, no problem. “They thought they discovered another species but they didn’t,” he says. “It’s just an Apatosaurus with a funny head.”

My first day, José quizzed me on dinosaur knowledge in the breakroom while he sorted through OSHA videos. Velociraptor means Swift Seizer. Dimetrodon means Two-Sized Tooth. José can’t wait for me to see the Dino Park in the fall, how the flaming leaves enliven the machinery. I like his faith in my future here.

I say, “Did you know that Brontosaurus means Thunder Lizard?”

He looks at me with suspicion, caught off guard by how much of a dweeb I am. These kids are hard to impress. Even the dumbest ones just know things, but I’m trying to get into the habit of automatic good will toward others, the belief that someone, somewhere, is having a worse day than I am. The potted ferns rustle and I pull José from his hiding place, pluck the joint from his lips. José loves kids. He places his long fingers on the back of my neck. “Oh, Carlotta,” he says. “These are the most majestic creatures to ever walk the planet. We have to help him. This could save his life.”

The kid says hi. He says his name is Carter.

José pinches his eyebrows together, rearranges his face into one of deep concern. “Carter, are you telling my beautiful friend here that Mr. Brontosaurus isn’t actually real?” He winks at me. The kids always ask if the adults here are dating or married, as if that’d be the most natural thing.

Carter stomps his foot. “Brontosaurus just isn’t the right name of that thing. Somebody switched the skulls.” He has the face of someone who has never been told, I believe you.

José says that the admittance of failure is not my strong suit.

Kid, I can admit failure anytime. The ease with which I admit failure would blow your fucking mind. The history of prehistoric discovery in America is fraught with lies and deception, one-of-a-kind fossils destroyed out of hand simply for the pleasure of undercutting another man’s work. How’s that? And I knew the guy was dead. The car was crushed in like a pop can, this guy hung by his seatbelt, bleeding out at a speed that seemed impossible to me. His femur was white and clean. But I thought maybe he needed to breathe. That’s why I jammed my little knife into his throat. That’s why I did it, even though I didn’t need to, because I was surprised by all that white.

José grabs my hand and holds it tight.

Here’s another. When I was a kid, I visited a park just like this one. I screamed the whole drive home because I thought the dinosaurs were alive. Carter says that we create and destroy in equal measure and José says, Babe, he’s got a point, but I knew all their names. I knew they would follow me home. We found the bones. Even when we are wrong, the bones will still be real.

Laura Citino is a fiction writer from southeastern Michigan. She has an MFA in fiction from Eastern Washington University. Her work has appeared in numerous journals in print and online, including Passages North, cream city review, Sou'wester, Smokelong Quarterly, Blue Earth Review, and others. She currently teaches in a program for academically talented youth and serves as Managing Editor for Sundog Lit. She lives in Kalamazoo, MI. Find her online at lauracitino.com.