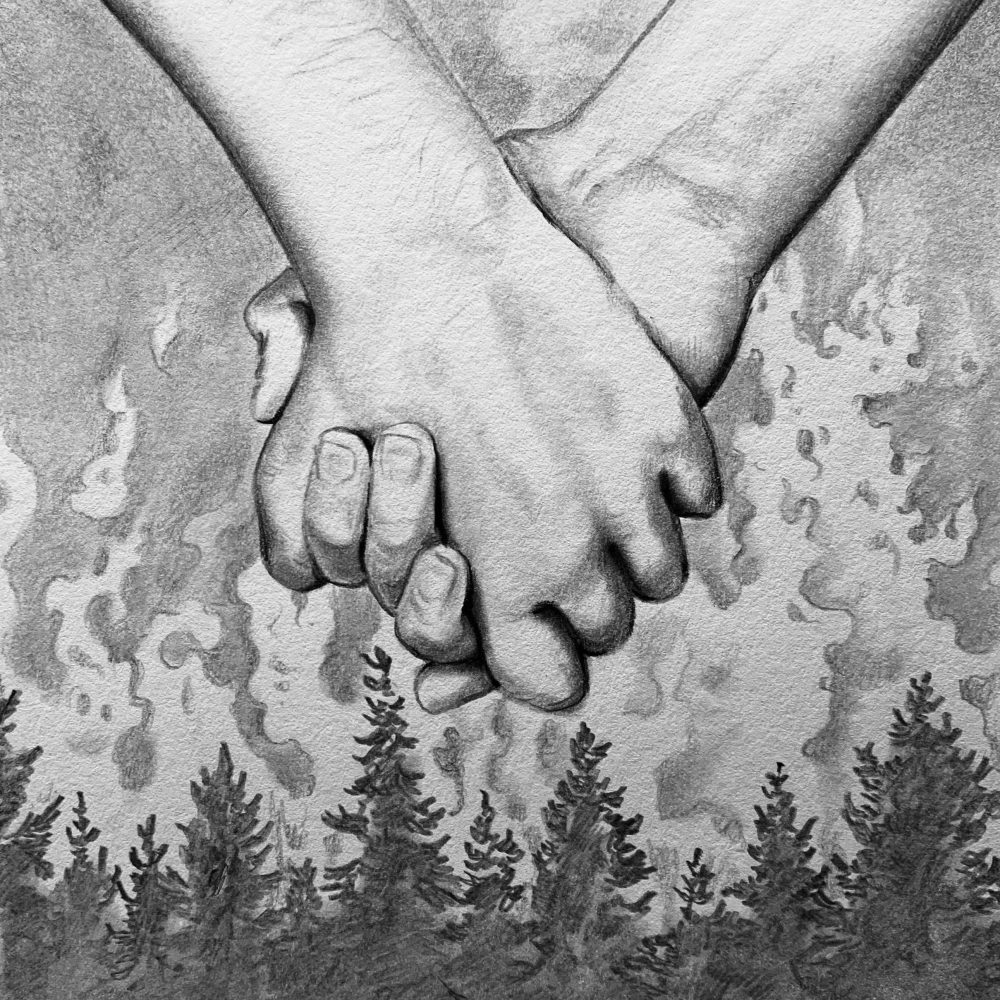 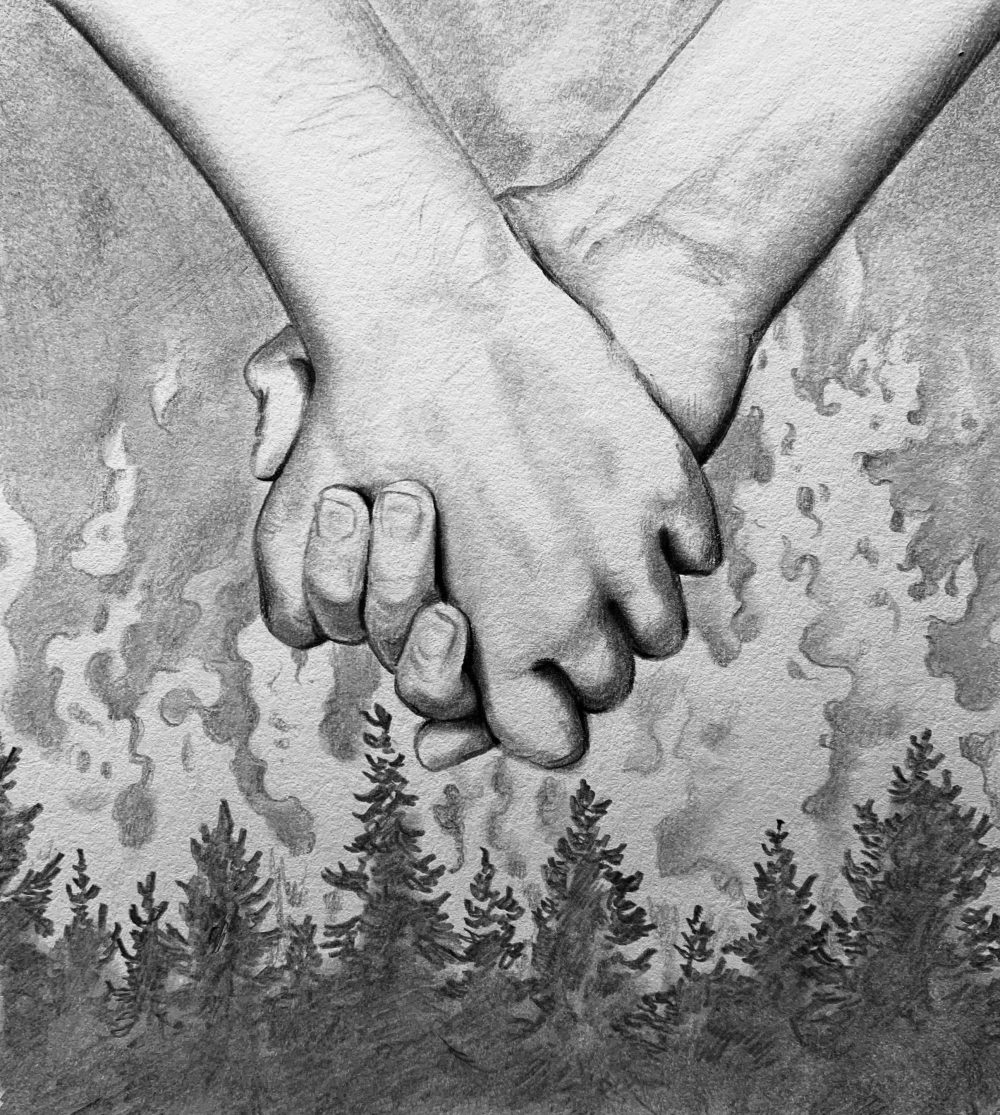 “Aren’t you excited?” my mother said.

I was a week from turning nine, a month into fourth grade, a long time to wait for a brother or sister. My friends, if they had brothers or sisters, were a year or two older or younger. I’d never play with this kid. When it was my age now, I’d be graduating from high school

But I said yes. I had to. By now, I liked being the only one, but knew enough not to say so. My father smiled. He said, “Check this out, champ. Look what we have for the party.”

I looked and shrugged. I’d gotten one of those kaleidoscope tubes for Christmas a couple of years ago. Even though there were four of them, I didn’t see much to check out.

I didn’t have to wait long. The party was scheduled to start in less than an hour, all of us already dressed. What I was really curious about was why my father had four barbecue lighters lined up on the deck railing and we were all wearing white shirts, the last thing you wear to a cookout.

Actually, nothing about what my father kept calling “a little get-together” felt the same as any party I’d ever seen at our house. For starters, it was in the morning and outside. A Sunday. Instead of church. Not even any music, just people, once they arrived, drinking orange juice and talking near a table with the kind of food my mother called “brunch.”

Half an hour went by before Dad handed those lighters and kaleidoscope tubes to four of his friends. Everybody circled up around Mom and Dad while those men arranged themselves outside the circle like points on a compass. “Close your eyes,” Dad said, and almost everybody did. “Open,” he said, and everybody cheered when they saw those tubes begin to shoot pink clouds that blended together over our heads. “It’s a girl!” people yelled and held up their orange juice glasses. Mom hugged Dad.

When the newspaper reported on the wildfire that flared up later, they called the four cylinders “smoke-generating pyrotechnic devices.” Like that would help anyone see those things in their head the way my father imagined his surprise when he’d read “Poof!” beside “Gender Reveal Smoke Bombs” in the online ad.

Thousands of acres were burning, the newspaper said. 200 firefighters. My father said “Thank God it didn’t burn us out. It was a miracle.”

My mother said, “I’m grateful it only burned forest and not our neighbors’ houses.”

I’d learned enough science in school to know it was all about the wind, not God or who was selfish. We were the last house to the west, lucky so far, my father always said, “Nobody’s built yet, the woods still wild.”

Sure, we were all evacuated because nobody knew which way the wind would blow, but we all came home after only one night and the acres lost were a fraction of the big fires, just 3,000 so far, the wind already settled down like this was just a few days’ suspension, not an expulsion.

Dad said it was a misdemeanor, not a felony. But what hurt my mother was the television news made him out a fool. “Clownish behavior” was the phrase they used on two reports.

I looked up that ad. We could have had a confetti cannon, but that would have been a mess to clean up. We could have done the “Twist and Shoot,” the one with the colored rice powder. Maybe those wouldn’t have started a fire. The rice powder would have just gotten wet eventually and dissolved. Maybe a few weeks the ground would have been pink, not much rain here this time of year, but it’s not like it never rains.

But we have the pictures Mom took, the smoke bombs doing what they were supposed to do, everybody enjoying the big pink cloud. It was like the party was one direction and the fire was another, so it took a while, the fire getting a head start, before anybody noticed.

And yes, everybody at the party wore white shirts or blouses. Just like the ad promised, all that white made the pictures of us inside the pink cloud better. I look like a little alien standing there by myself. Like somebody who’d just landed and wondered what kind of people lived up close to so many enormous trees packed together that you would never know what was going on among them.

Gary Fincke's latest collection is The Sorrows (Stephen F. Austin, 2020). His stories have appeared in Wigleaf, Atticus Review, and SmokeLong as well as in The Kenyon Review and The Missouri Review. He is co-editor of the annual anthology series Best Microfiction.