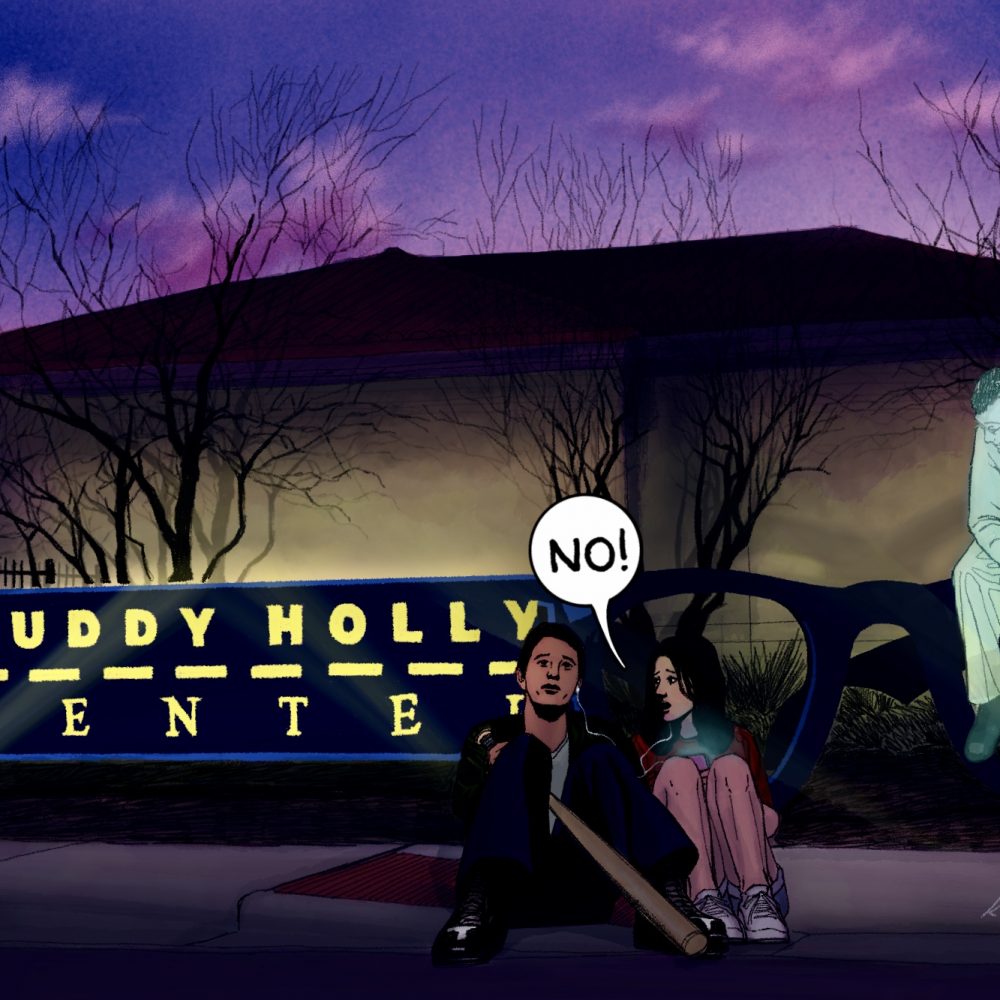 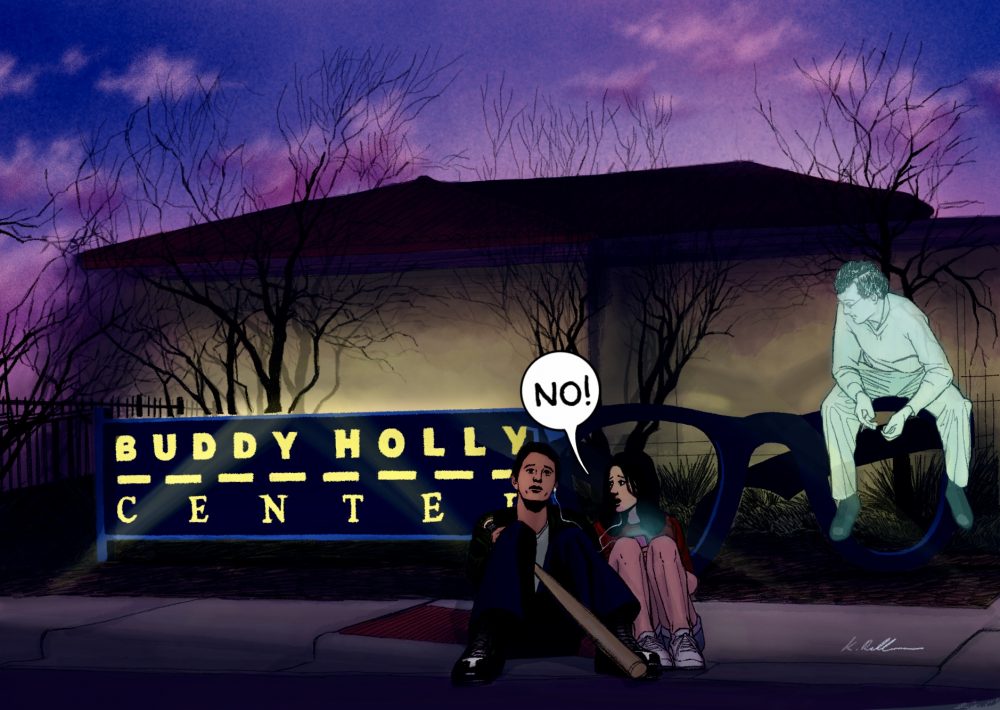 The first time I heard “American Pie,” Lucy and I were about to break into the Buddy Holly Museum in Lubbock, Texas. I’m sure I’d heard it before at a Kmart or on someone’s radio when I was a kid, but until then I’d never really heard it, not the way Lucy made me listen to it, with the earbuds all jammed in tight, one in her ear and one in mine, and the volume up as high as she could get it while her bare legs bounced beside me, her body brushing mine with each bounce and me still clutching the baseball bat we had grabbed for breaking the glass doors in. “Listen, listen!” she screamed in my other ear as the tempo slowed and it became obvious something bad was about to happen, and so I listened, just like she said. It had been my idea to break into the museum in the first place. We were drinking whiskey and sometimes when I drink I start wanting to do something to make the world move. And then there’d been a Buddy Holly song on at the bar, “That’ll be the Day,” it was, and it all seemed so perfect. We were two blocks from the museum and I already had the bat. But then Lucy got it in her mind that I had to listen to “American Pie,” really listen to it, so that we could sing it out loud together as we broke into the place, and so she had stopped the whole break-in en media res and insisted that we sit down there right under the big Buddy Holly sign and listen to all eight minutes before we arrived at my part of the plan. I had to admit when we got near the end that she was kinda right. It was a pretty fucking sad song, even though you can’t quite tell why from the lyrics. I guess it’s just knowing that he died and him dying means the music died, only right when I was thinking about all that sadness and what it meant, the music actually did fucking die. I jerked my head up from where I had been looking—at this point on the ground where the butt of the bat met the concrete—and when I looked over at her, Lucy was staring hard at the dark screen of her phone screaming “No,” as if the world had just ended, which, I guess, in a way it had. I almost told her then but I chickened out, but what I was thinking was how pretty she looked and also how I’d heard once a story about how Buddy Holly’s glasses lay in some field in Iowa for years after the plane crash before someone found them and realized what they were worth, how so much of our life is like that, really, us in a cornfield not realizing what’s right next to us, screaming into a dead phone that the music couldn’t really fucking die, could it?

Sarah Viren is the author of the essay collection Mine, which won the River Teeth Book Prize, and her essays and stories have appeared in Hobart, Guernica, Juked, the Gettysburg Review and elsewhere.