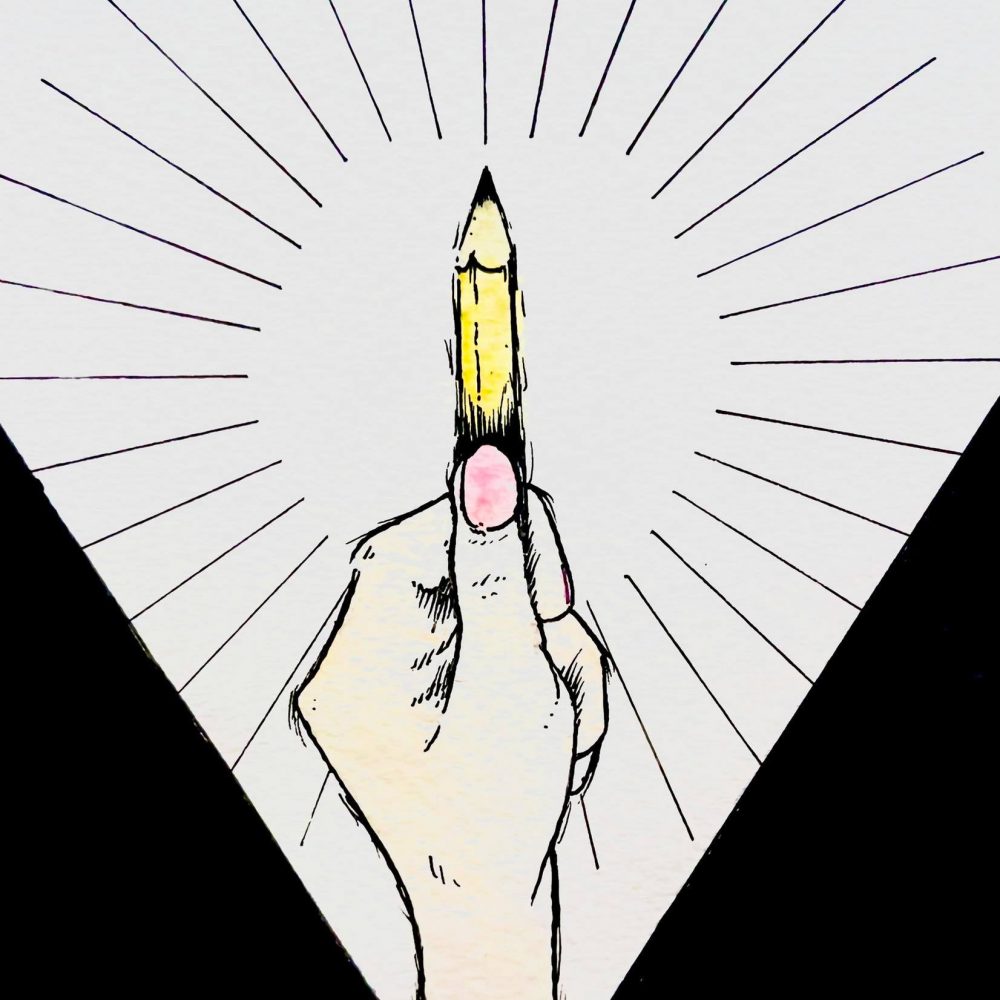 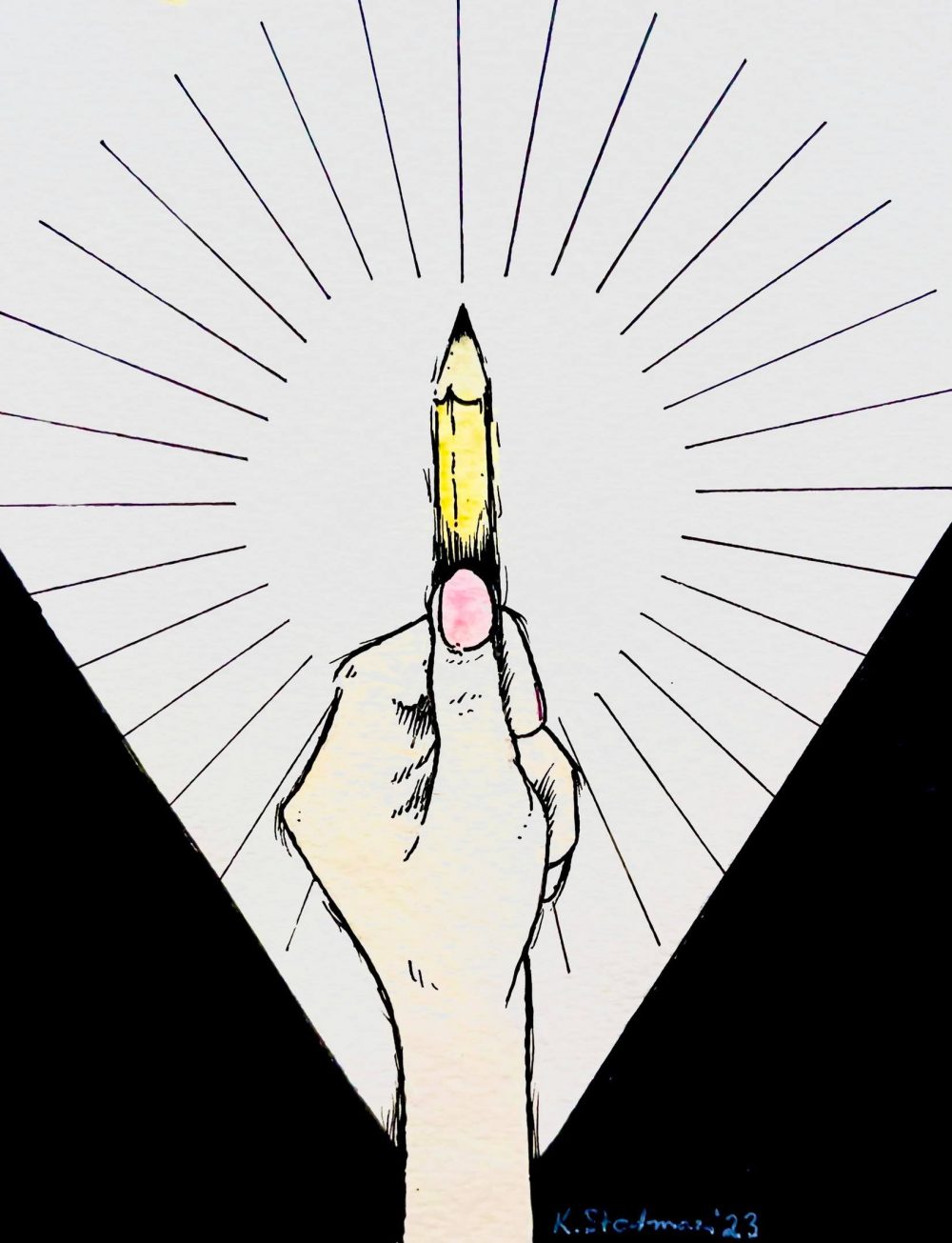 Keira Knightley looks so sensuous when she walks around with her lips constantly parted, but on me, Meredith thinks in front of the mirror, it just looks like mouth-breathing. The chili-red lipstick she’s using in her attempts to forge a thicker pout isn’t even hers; another barista loaned it to her for her first date with Cole, the manager of the coffee shop where she slings espressos and chai lattes when she’s not reworking her grad school applications. She unspins the lipstick, but all she can see in the mirror is a homicidal granny-clown staring back at her, so she wipes her face clean with toilet paper, twines her hair into its customary fishtail braid, and puts on some strappy wedge sandals. At least her calves look good.

Her body is a match for Cole’s, but her face is plain, and his fit for portraiture. Men and women openly flirt with him at Groundlings, request private tastings, slide their numbers to him on receipts, inquire what his tattoos symbolize, leave lipstick kisses on recycled brown napkins. Conspiratorially, she and Cole laugh at them, but she has a shoebox at home where she keeps the few offers she’s received. One guy she even considered texting in an attempt to wean herself off her own Cole-obsession, long-smoldering and by turns torturous and thrilling, until he, with no warning, one day just asked her out: “You and Me?” with the date and time inscribed in very light pencil on a coffee filter. She’d longed for it so long, it felt like entering an alien atmosphere, and with it, a new body. Now she can look back and see herself more plainly, her old fawning self: perpetually, idiotically, tilting her head toward him, inspecting his face when others spoke, showering before her shifts even though it made more sense to wait until after to scrub away the deep-skinned coffee smell.

He’s not late. There’s the knock. A little cheesy: shave and a haircut. A bouquet of grocery store flowers greets her at the door and then a too big smile. He holds out an elbow in a retro move, and Meredith feels suddenly better and worse. Better about herself, as if the imbalance between them has been leveled, but worse about where the night is headed. This isn’t the casually confident Cole upselling crowds of restive yuppies with the latest percolator or organic blend.

After lots of pasta and wine at an Italian restaurant with braided candles—which she has to admit is pretty classic—Meredith invites Cole back to her place for a nightcap—lingo to match. She’s gotten past his choreographed moves and is feeling hot for him and hot for herself and hot with the idea that he’s hot for her, and she wants him to learn her the way he’s so learned about so many other things: the subtle flavors of particular coffee beans grown in distant climes, Russian poetry, everything indie.

She kicks her sandals into the corner and pours some tequila, a relic of a bygone boyfriend. Long bygone, she thinks, as she brings the shots to the couch. Cole reaches his arm around her with the faux-yawn maneuver, which she forgivingly overlooks, then he clinks their glasses, kisses her mouth and neck, and slides the straps of her dress down her shoulders, but they only kiss for too long, those hours behind the counter foreplay enough, so she straddles him and unbuttons his shirt. He holds his limbs tight against himself, so she brings him another shot of tequila and wiggles his pants down.

And the whole night behind them makes sense.

Then she sees a new tattoo low on his belly, just above the borderline of crinkly hair, the skin a deeper pink around the edges of the #2.

Sarah Schiff earned her Ph.D. in contemporary American literature from Emory University but is a fugitive from higher education. She now writes fiction and teaches high school English in Atlanta. Her stories have appeared in The Saturday Evening Post, Cleaver, Raleigh Review, J Journal, and MonkeyBicycle, among others. One story has also been nominated for a Pushcart Prize. Wouldn't you know it: She's currently at work on a novel.