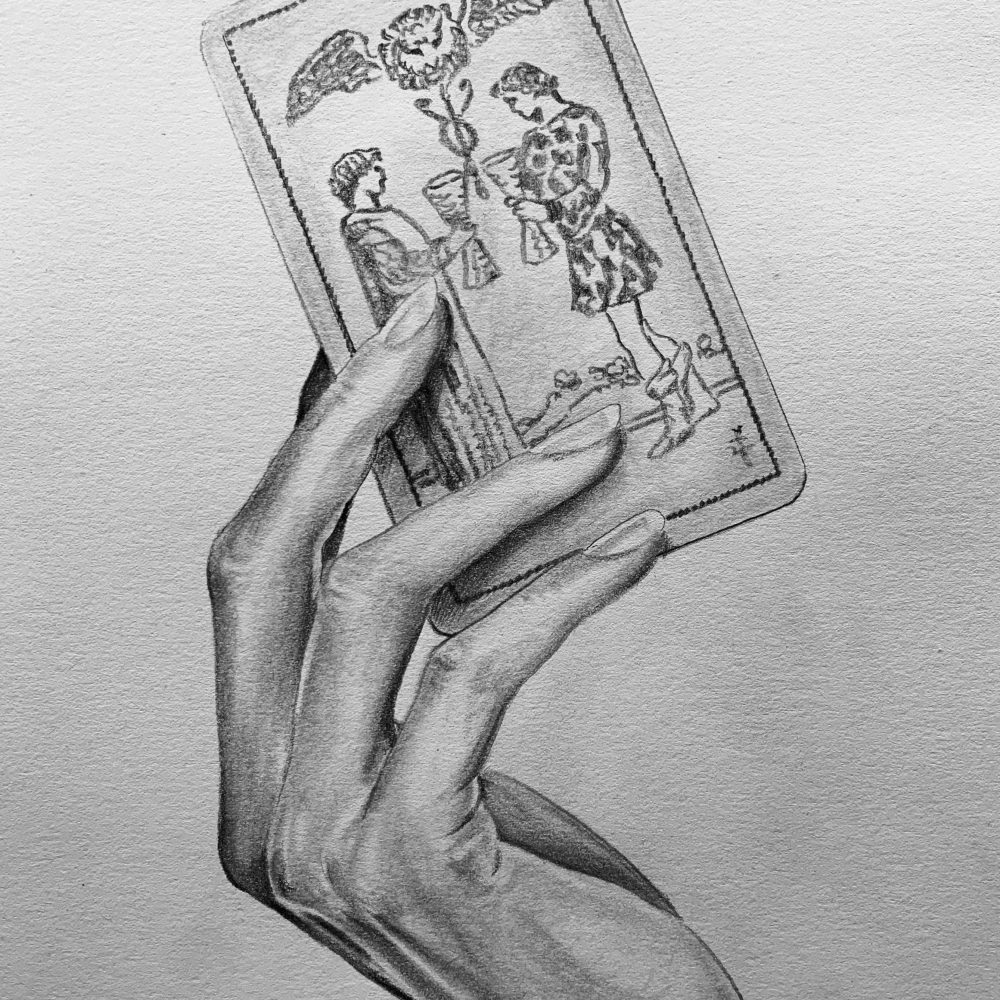 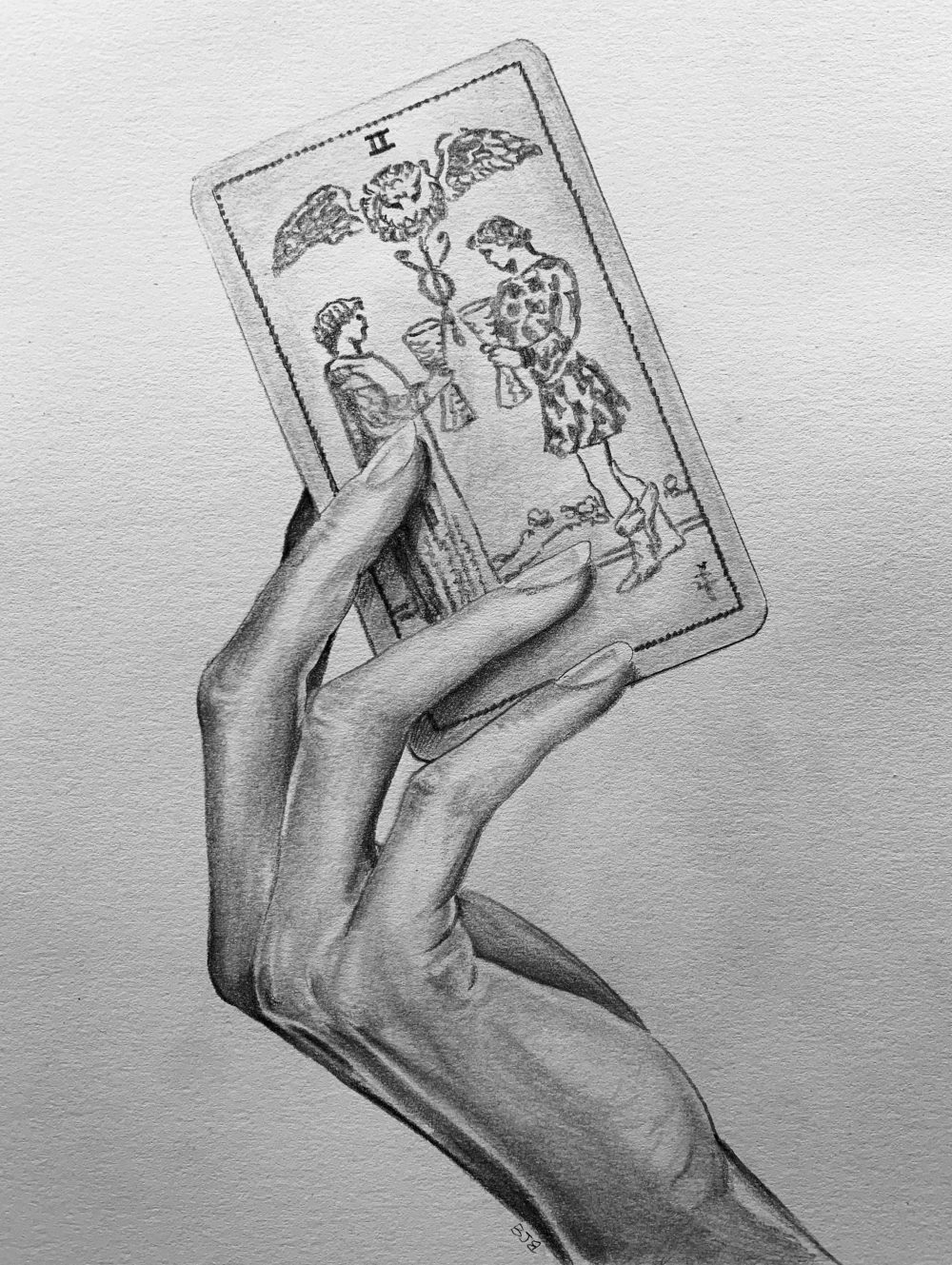 It was hot in Eve’s bedroom. She had a box fan in the window, and though it whirred and screeched its efforts, all it did was blow more of the heavy, early-August heat into the room. Eve built a bridge of tarot cards between herself and Mary. Spread them out on the carpet so that they laid face-down. Mary stared at the top of Eve’s bent head as she worked, and it felt to Eve like a hot brand on her scalp, but she didn’t look up.

One card. Two. Three. She spread them out so they made a halo effect, two cards on the outside like wings. She thought Mary would like that.

When she was done, she spoke to Mary in a low, slow voice, like a drawl. Said, Flip each card. But do it slowly, like it means something. Make it mean something. Let me see it. Spin it towards me. Trace your fingers along the edges. The curves. D’you feel how it gives way at the corners? The tiny creases there? That’s The Tower. Don’t be scared of it. It means change. It means freedom.

Mary leaned in closer. Eve ghosted her hand over Mary’s, urged her hand to another card.

You’ve got the Ace of Wands next. Let it breathe. It’ll run away with you if you let it. Can you feel it? It pulses beneath your fingertips, will give way if you press hard enough.

So Mary pressed, and Eve had to look away, but there was nothing else besides Mary and the cards and the heat running rivulets of sweat down her spine. When she looked back, Mary’s eyes were on hers. Mary flipped the next card.

And there, Eve had to stop, because now there was a coming together. A two becoming one. The room spun with heat and breath and a winking cross necklace hanging between two shaky bodies. This was magic. This is what Mary had asked Eve for, lifting and projecting from the cards on the ground, and it sparked like a live wire, before Mary backed away. The cards had gotten shuffled. The box fan blew a cool breeze onto Eve, dried her damp skin. Eve stared and stared and stared.

Originally from Pennsylvania, Mac Bowers is currently spending her time gallivanting across Scotland as she earns her Masters in Creative Writing. When she isn't experiencing frequent bouts of existential crisis, she enjoys writing weird stories, playing rugby, and sipping on far too many cups of coffee. Other works of hers can be found in F(r)iction, The Lindenwood Review, Fudoki Magazine, and Door Is A Jar, among others. Her online ramblings can also be found on Twitter @macmusings_