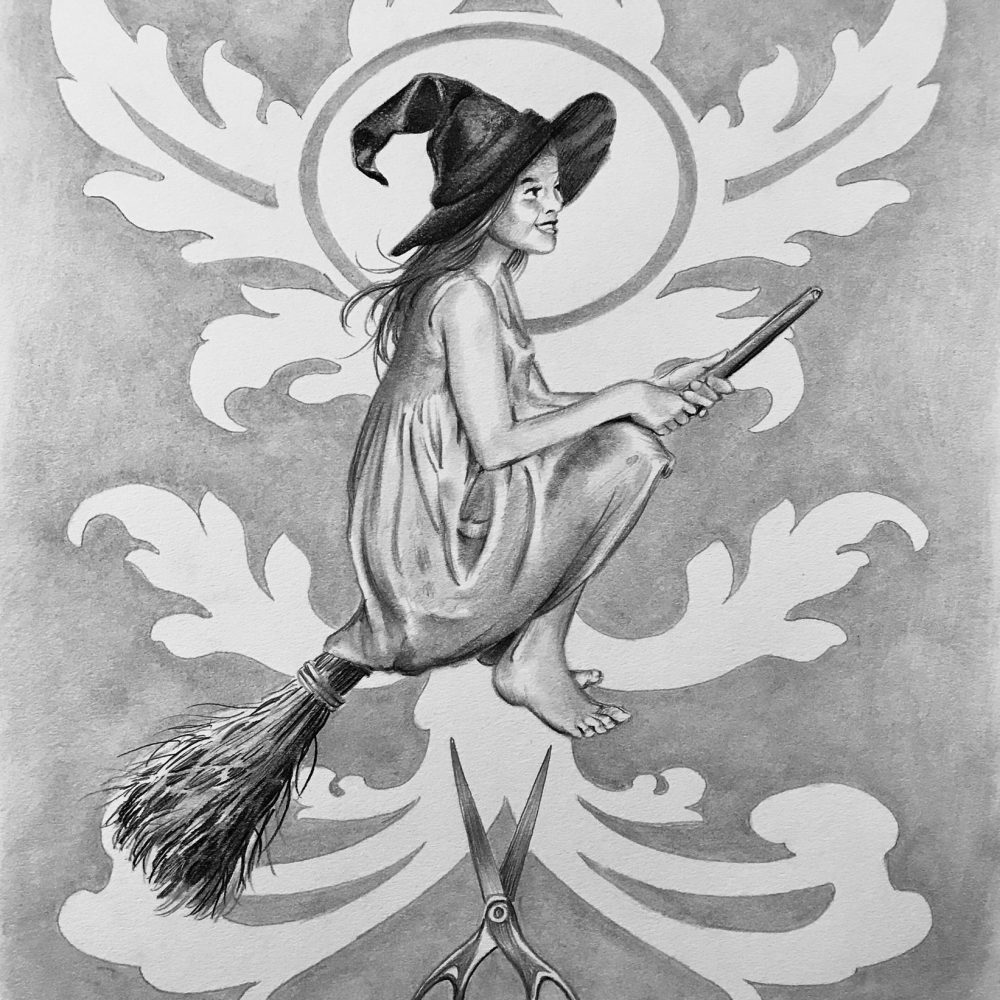 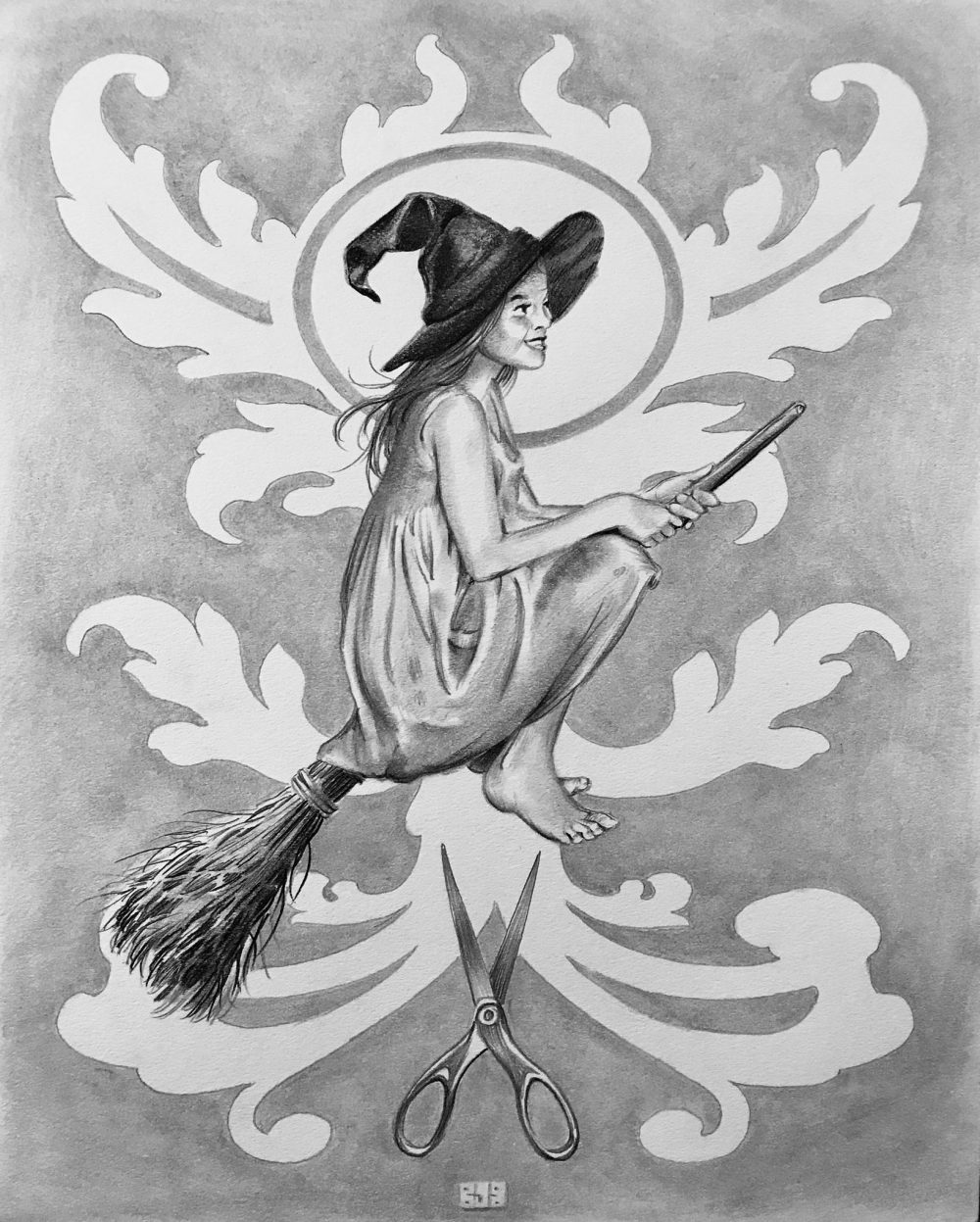 In sixth grade we had this book, “Cross your Fingers and Spit in Your Hat,”

with tests to tell if someone was a witch and we used it to convince Ellie that I was.

Ellie and April would plot the test, then April would call me and we’d make sure I failed.

Like … a witch can’t stand up with open scissors under her chair, so Ellie sneaks ‘em under my seat and, when it’s time to stand for the pledge-of-allegiance, I fall splat on the floor.

We got Ellie so convinced that she went to the principal.

Mr. Cold Salami we called him –

No! We didn’t get in trouble; he got on the loud speaker and warned everybody there were witches in school! Then he cracked up and sent Ellie back to class where we all gave her a standing ovation.

And you know what?

Ellie was my third-best-friend. We had sleep-overs, I had my first kiss in her back yard—

So, I tell my niece this story.

And Emma – that’s my niece-  and her friend try it on this girl, Paige.

My Sister developed a love of reading. Nixon ran for student council. Einstein did math. But!

No White House for Paige.

Cause when Paige goes the principal, it’s “Oh My God!”

Did you know her school is a “Bully-Free Zone”?

I’m like, wow, where do they put the kids?

‘Cause, like Spartacus, we’re all bullies. We’re born with every characteristic and kids are gonna test ‘em all.

And we love bullies.

We do.  Bully derives from a word for Sweetheart.

So, my sister picks Emma up and does the thing where she makes her write a letter of apology inviting Paige to the movies.

Which! May I say, Paige would have loved!

Janie’s behind the bar instead of me tonight because I thought I’d be chaperoning. Not Pixar … the other guys?  The Gruffy Duckling.

– we already traded shifts when–

The other girl’s mom putting my sister straight.

Oh, was that insensitive? I call it a plea for the arts.

Paige’s’ Mom is all “Oh Boo-hoo-hoo. Call a Lawyer”

Guess what you get for taking responsibility?

See, I told you it meant Sweetheart, I’ll take another McChouffe.

Yeah, suspended if you have a clean record, but, in second grade Emma called someone’s painting stupid, so she’s, like, on probation.

Plus, her friend ratted her out as the mastermind.

In my day we stuck together, but we could. The stakes weren’t our whole future

‘Cause it was my story.

If Emma admits to deliberately screwing with this girl she has to go to BOCES or private school –which who can afford ?– plus it’s on her record.

Yeah! My sister quits her job to home-school because some sixth-grader believes in witches. Brilliant.

I didn’t say it made sense. When do policies make sense?

I think they seal it after eighth grade or it’s “confidential,”  but by then you’ve been denied all the good stuff and can’t get into a decent high school.

So, Sarah, my sister,

Cause she’d already done the whole trip with the letter and everything.

No more tequila, I’ll be drunk.  See I’ve learned from experience . Something kids are denied now.

–to “reframe” the story

So, we went over and over it.

You just wanted to make Paige feel part of the group. Like —

You were just playing.

This kid is smart–

You mean I should lie?