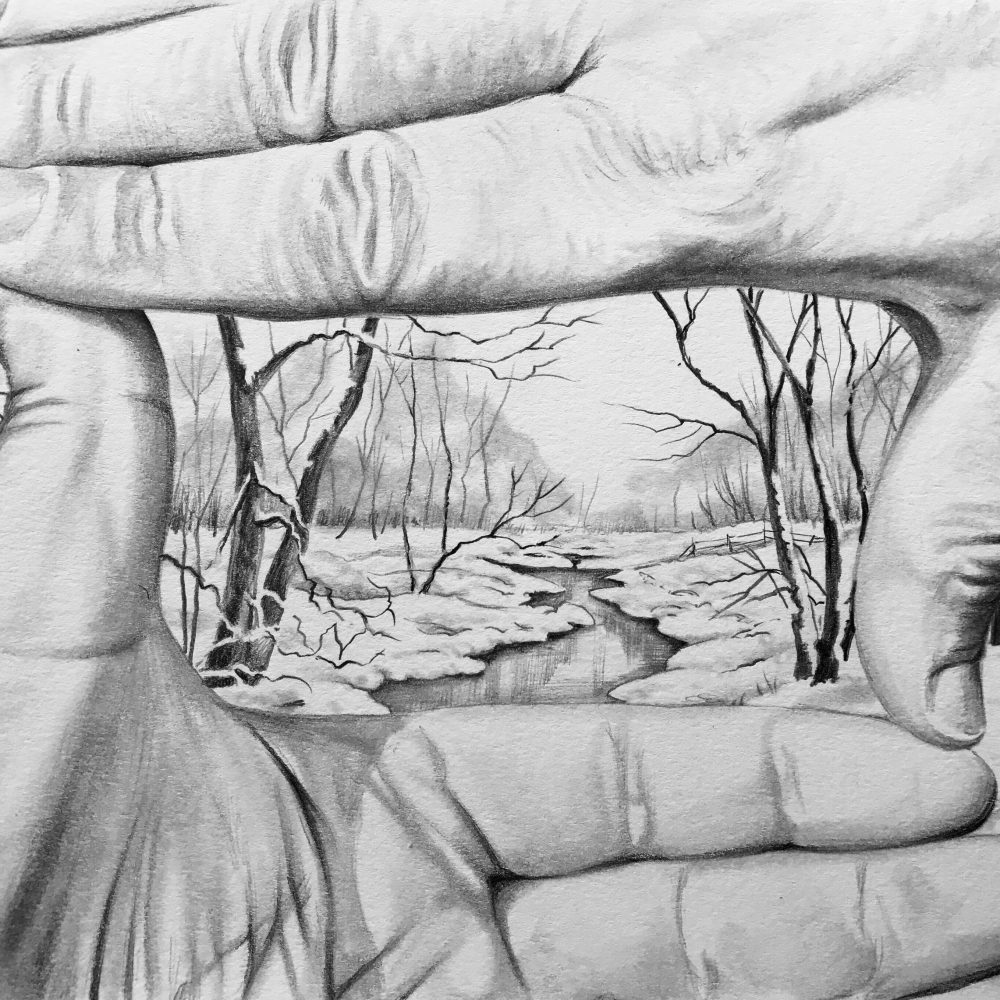 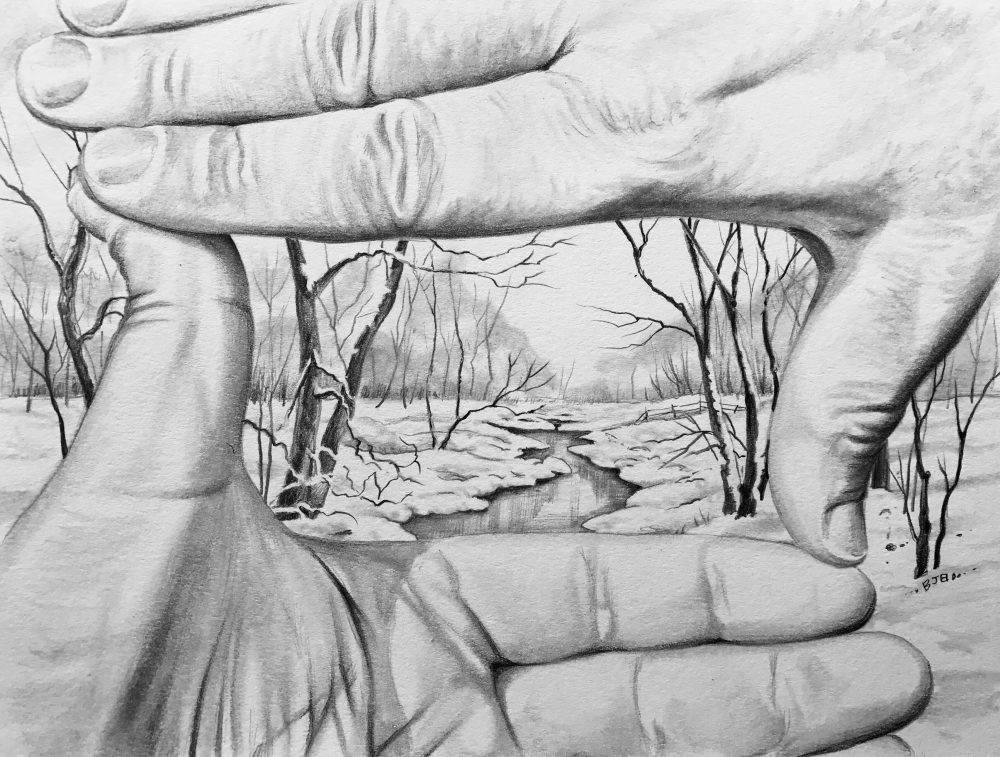 i walk across the canal – now, a bundle of frozen clay earth and a dimpling frozen waterbed. i catch my eyes on color – i recognize the season’s hues – the reds showing themselves in roots and shoots, the green holly leaves still clinging to branch, the red twinkle berries still round – nothing else abounds. the greens and reds, occasional – markedly hued against the backdrop of brown and greys. i hunt for my footsteps; my footsteps hunt for me.

I think about how badly I want to photograph the moment / I think about focus; about dilation; framing; I think about the shot; I think about my eyes like raptors; I think about the camera angle wrapping around my skin like a pair of claws ; following me / I sit with the desire to document the moment in a way beyond my eyes.  I sit against the canal, back against the woodline ; face against the ice ;  A man walks by with a huge dog on a leash – he makes a passing comment that I (in my scarlet wool coat) am little red riding hood, and he, the wolf.  I laugh / eyelash / I find folk tale tremors on my lips, in the ice in the melted bits of water / are they melted or did they never freeze /  Have they not yet frozen will the Winter freeze them will I be there to see it —  I think of the fairy tales following me; of the toxic conception of romance that gave me a sick and weak heart –  I think about how important the stories are that we tell; how we must find better ones / I think about the reflection of the branch in the icicle spine that is cracking in the ice

And the Sun still warms ;; well not warmth, but light

the light stratifies every plant, every strand of golden hair rising from the earthsoil; the light hits with a different glaze; a different gaze; Winterises my polarized eyes

the solstice light sinks closer to the horizon – looks for comfort in the mother – tries to cling close to the skirts of the solid earth – the sun holds fast, dips quickly, fearlessly, runs to the other side of the world – lights up my beautiful Australia with dripping season of color and fragrance – tips the balance, curls the scales, swells mangoes to fall off the branch. the sun plays with me, with the body of the earth dancing slowly; i remember there is no objective horizon, just the closer and closer from the further and further ; just the memory of an edge of a manufactured boundary ; a trick of sight ; a trick of being a flat vision on a round bauble ; of being a tricked one – an audience member — the show is grand; grandiose; full of grandeur. the show keeps spinning – the curtains hold back the tricks – so we can feel the magic. so we can believe in the magic. the funny sideways horizon line – the trick of objectivity, of subjectivity. it’s summer over there, don’t you know – just behind the curtain. this winter spell is a scene. is a song. this cool and icy distance is just a dance. one pirouette away from the swelter of summer. and all its realities. and the earth is dancing the other way round right now – showering my Australia with late afternoon swims and 9pm sunsets and twirling vistas that glitter with warm blankets of starlight. and here i pluck around the reeds and bones of plants gone dry and try find anything that isn’t a casket. and the showmanship of the horizon keeps glaring at me like a finality – like a rule. but i know it’s only the edge of the frame. the wide-angle camera shot set on a tripod, low to the ground, high shutter speed. i know it’s only the shot – the simple, cheap one-camera set-up. the room is round, honey, and let’s not forget that we’re spinning.

Lauren Suchenski has a difficult relationship with punctuation and currently lives in Yardley, PA. She has been nominated twice for the Pushcart Prize, twice for The Best of the Net anthology and her chapbook “Full of Ears and Eyes Am I” is available from Finishing Line Press. You can find more of her writing on Instagram @lauren_suchenski or on Twitter @laurensuchenski.