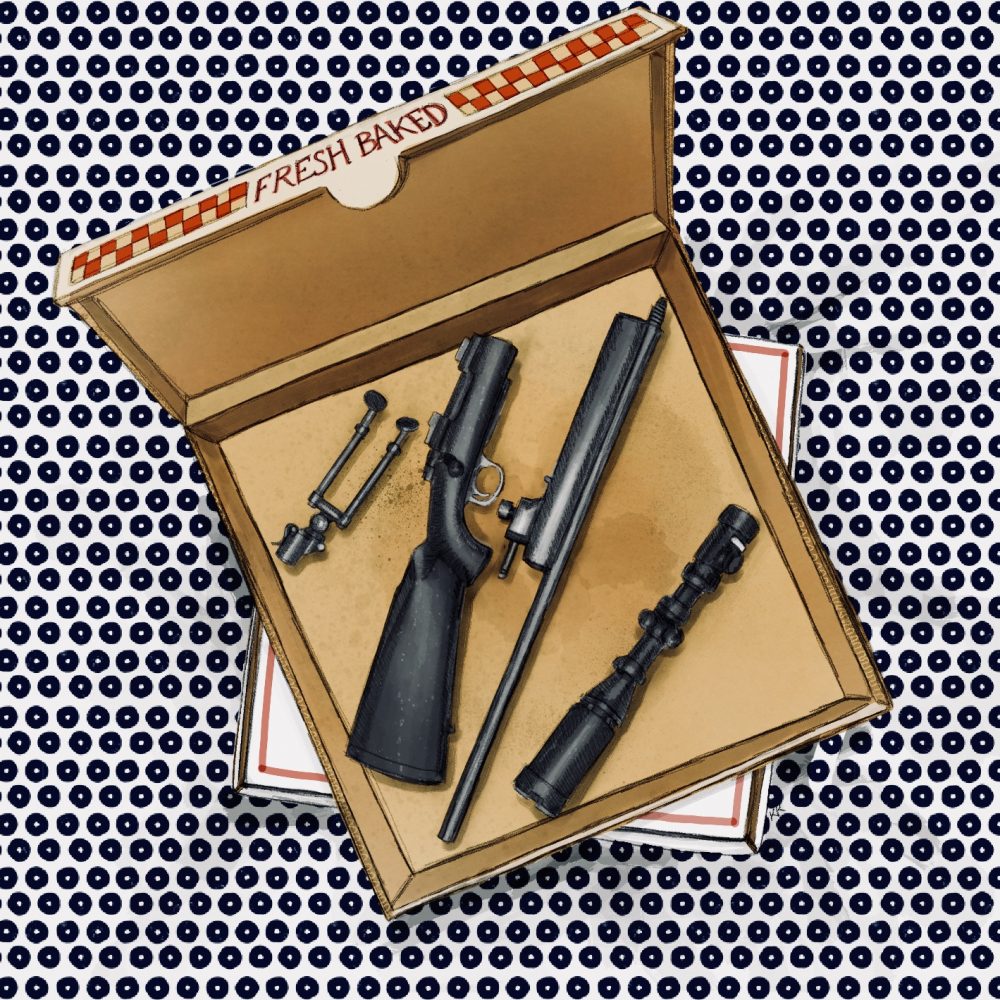 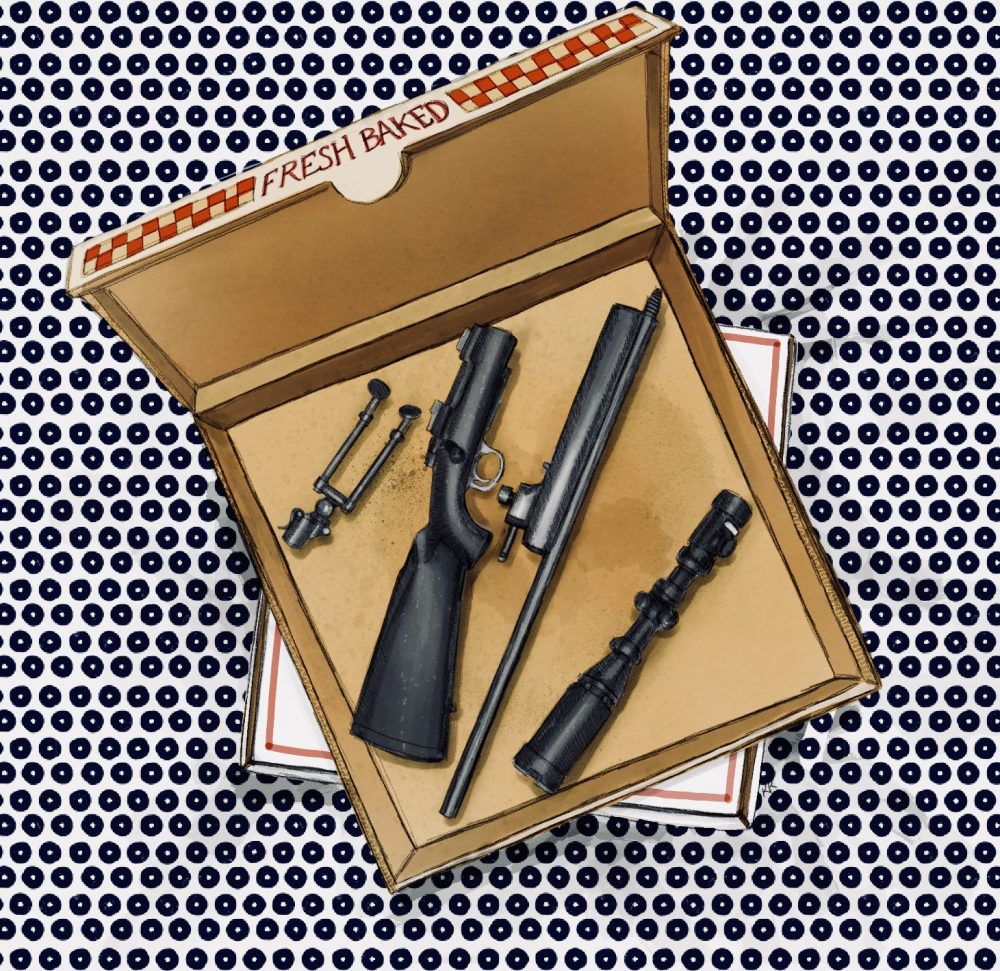 They were so young, though it didn’t seem so at the time. Early twenties, a couple of kids—she and David. Their first trip together, camping in the Eastern Sierras. It had gone okay. They were still feeling each other out; the sex was great but the conversations were filled with silences, and though they were cordial about it, they often disagreed. David wanted to go on long hikes into backcountry, Tori wanted to stay in camp and read. Tori wanted to go on guided tours of monuments, David wanted to teach her how to identify poisonous plants. And so on, small things, differences in opinion or taste that, if she’d had time to really reflect on it, were signs of potentially impassable chasms in personality. But on the last night of their trip, David agreed to rent a motel room so they could clean up and rest before heading back to the real world, and they were getting ready to go out for dinner when there was a knock at the door. Tori never did get a chance to reflect on the trip.

“Please have this pizza, sir,” said the delivery man, stepping into the doorway. Tori looked over David’s shoulder. The man was not tall, or large, or particularly memorable, except that he had dark, hard eyes and seemed wound up. “May I come in?” he said.

“Let him in,” said Tori. For years, when she told this story, she would say something here about how she had a premonition, that she’d sensed the man’s goodness, the righteousness of his mission, or something like that. Once, she said she had an out-of-body experience and saw into the future, but this fell flat on her audience (had it been other parents on the PTA? Coworkers at the office?), so she never told it that way again.

But, truthfully, she was scared of the man, and scared for David, whom she sensed would do something stupid to impress her. She felt giving in was the safest decision. So: “Let him in,” she said, and the man stepped in and set the boxes down, closed the door and said, “I’m with the FBI. I need you to remain calm, say nothing, and do what I say. Understand?”

“Shushed me!” David will say, to big laughs. That’s the way they’d tell it, when they were together: Tori the mystic, David the jokester. She’d get the pathos, he’d get the laughs. When Tori told it by herself, it was a patient story, a tale of destiny, of how, unexpectedly, your world—your life—can change. David’s chuckling incredulity cheapened it, she felt, and though she’d obviously never heard him tell it by himself, she was certain his was the lesser version.

The agent went to the window and peeked through the drawn curtains. “Are you two familiar with Rebecca Sandwich?”

“More of a Reuben man myself,” David will say, though, at the time, he said nothing. He drifted away from the agent, his hand twitching for something—a weapon, perhaps. Tori said, “Yes, of course!” but she hadn’t, truly; when telling the story she will admit that she’d never heard the name before but will insist that, upon hearing it there, in the room, she sensed the entire situation: the kidnapped girl, the ransom, the manhunt.

The agent nodded. “She’s here. In this motel, right across the way. Her kidnapper doesn’t know we’re here, and we’re going to rescue her.”

“What’s this got to do with us?” said David.

The agent sighed, let the curtain fall. “Well, we were hoping this room would be left available, but, the thing is, you’re directly across from where they’re staying, and there’s no better place to observe them. I need you guys to play it cool, okay?”

They agreed, and the agent went to work. He opened the pizza boxes which contained—“You guessed it,” David will say, “a broken down sniper rifle.” The agent encouraged them to do whatever, watch TV, it didn’t matter, and he assembled the weapon and looked through the rifle’s scope for a few minutes, not quite ten, and the shot he took made only the slightest sound, like a balloon popping, but muffled and far away, and then there was some shouting throughout the motel parking lot as the other, waiting agents stormed the room and saved Rebecca Sandwich from her abductor, who wouldn’t survive the night.

In some versions, if she’s telling it alone, Tori convinces the agent to let her call the kidnapper’s room, to urge him towards the window, or she carries out the empty pizza boxes to help create the illusion that the entire delivery was on the up-and-up. David, for his part, likes to get into the particulars of the rifle the agent used (as he has since become something of an enthusiast). At the time, however, they sat on the edge of the bed, afraid, watching TV with the sound off.

The child—twelve? Thirteen?—was rushed out to a waiting, unmarked sedan with tinted windows. Photographs of the event went national, and the photographer—whose own story of how she ended up there that night is quite something, actually—was a finalist for the Pulitzer thanks to a shot which captured the chaos of the moment, distilling it all into the black-clad agent carrying the girl across a parking lot blurred with activity, her long hair obscuring his face. Not the famous one, Tori will say, but in one of the other pictures taken that night, “the B-Roll,” as David calls it, you can see Tori and David, holding each other on the balcony above the parking lot, observing, from just outside it’s center, the moment Rebecca Sandwich was delivered safely from her ordeal.

Dustin Heron holds an MA and an MFA from San Francisco State University. His work has appeared most recently in Watershed Review and Craft Literary, and is forthcoming from Occulum and Long Island Literary Journal. His stories have been nominated for the Pushcart Prize and Best of the Net, and his nonfiction has won the Mary Tanenbaum Award. His first book, Paradise Stories, was published by Small Desk Press.