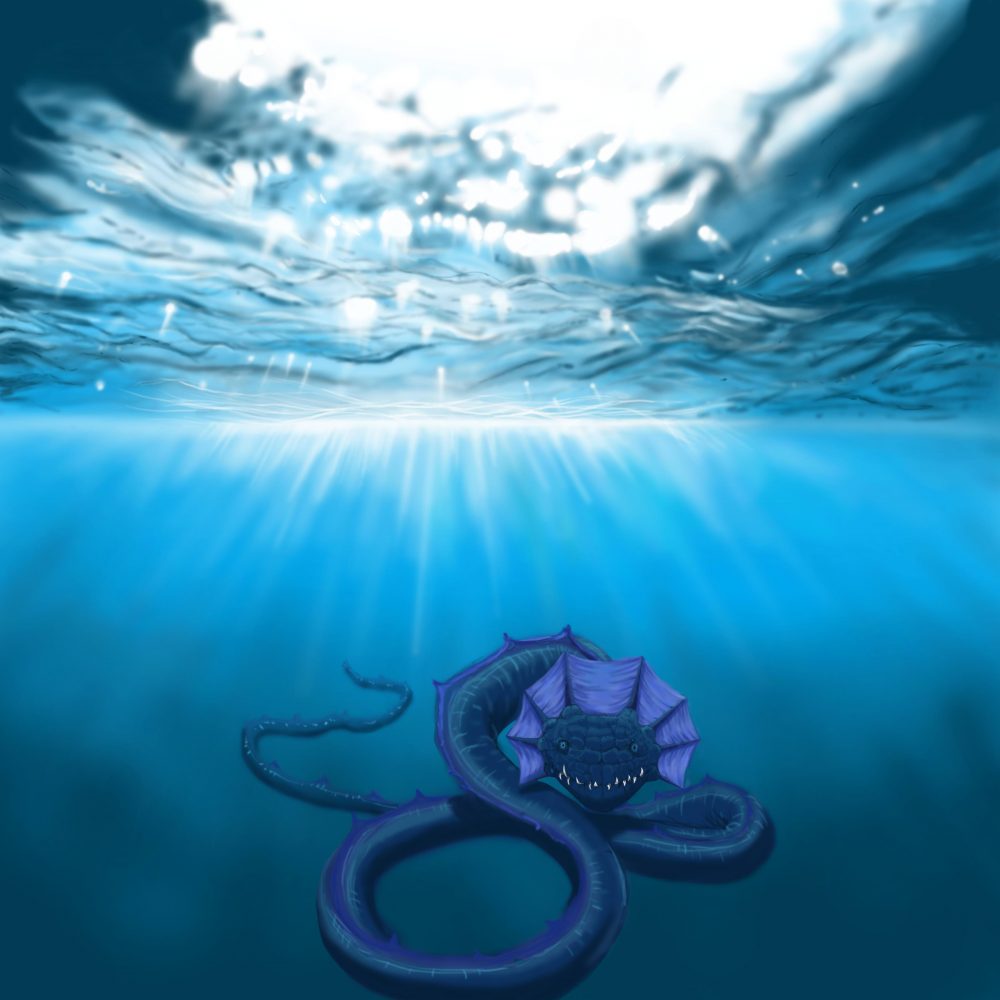 Elizabeth Kirk walked into the ocean, her feet leaving no footprints for the foam to soak up, when a rip tide yanked her beneath the surface. Her parents never saw her again. I wonder if she’s two-thousand feet under, like a goddess or a demon, and if someday she’ll breach the surface and reach out and wrap warped fingers around my throat. She’ll ask if I believe in anything; I’ll still say no. I will breathe it into her concaved lungs, my lips pressing into too moist ones, and I’ll tell her she’s an idiot for thinking there was a lifeguard on duty, high on a perch, scanning the horizon for flailing limbs or victims. I bet she was drug so far beneath, the cool sand scraping her backside, that she never even got a chance to wave a hand; if she did, it must have been real casual, and the lifeguard might have waved back and moved his eyes to the three small children, too young to be so close to the lapping shoreline, like the architects of a city that’ll always fall. He never dove into the water to save Elizabeth Kirk, never breathed oxygen into water-filled capillaries, nor saved her. I could say to her, no one saves you. She’s no one special. Just another limp piece of seaweed the lifeguard ignores as it wraps around, and around, and around the leg of some innocent girl who, for the life of her, she’ll say, thought it was some kind of leviathan.

Sarah Denise Johnson is a recent college graduate. She has been featured in 2River and Thrice Fiction.