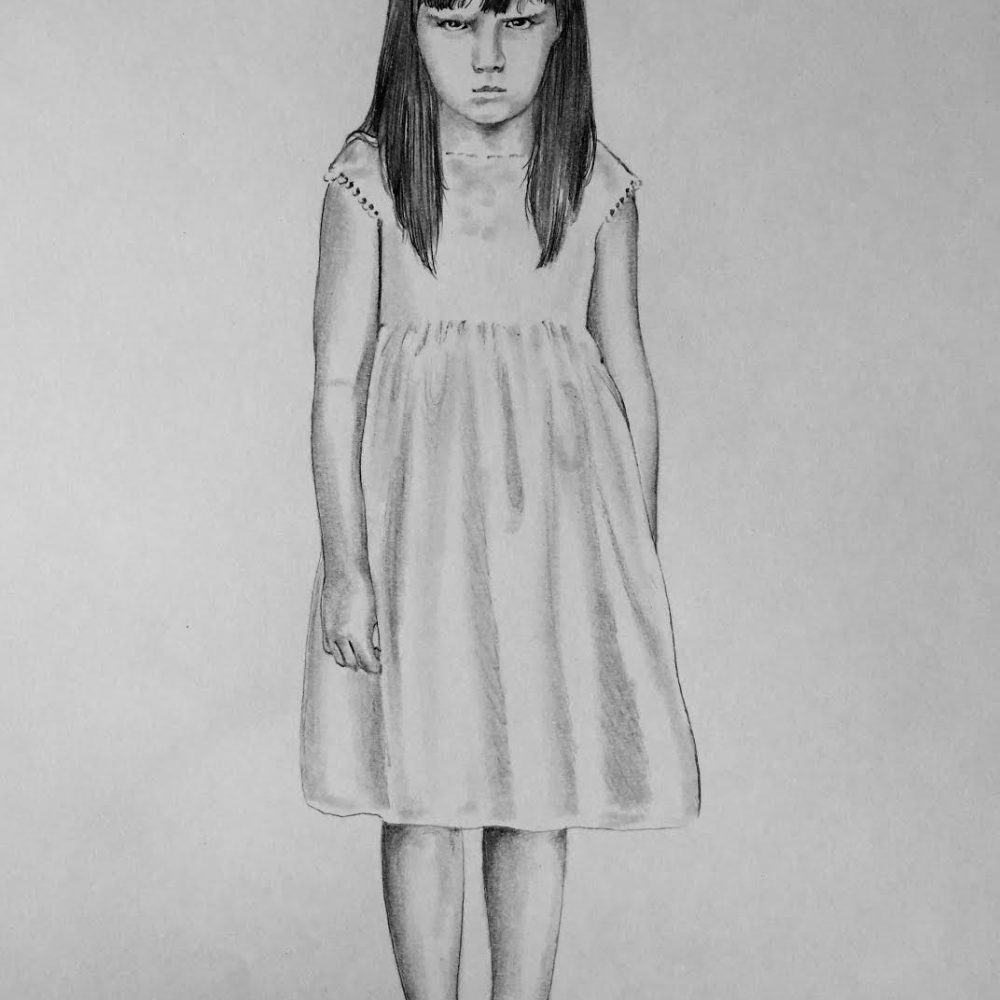 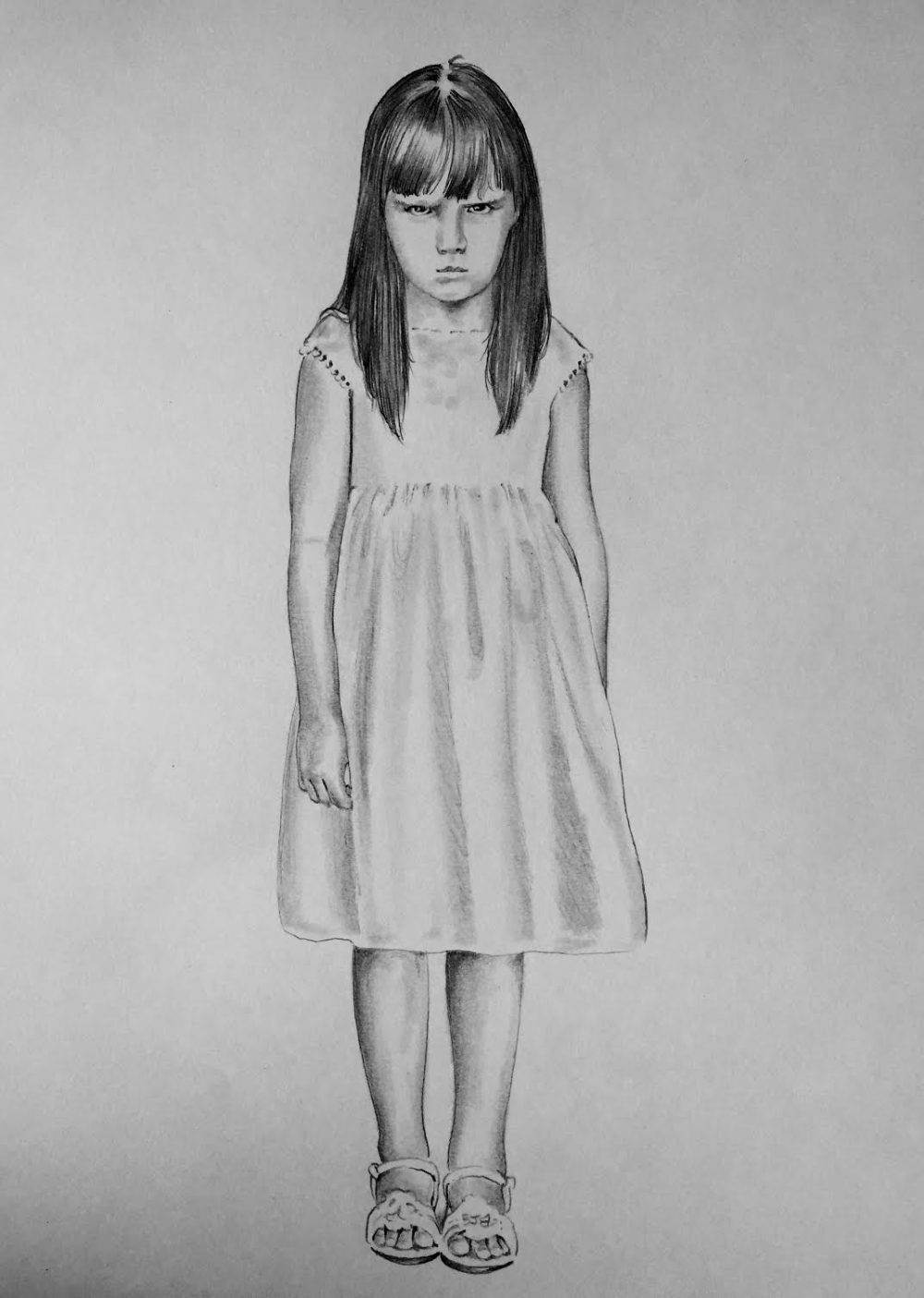 You hadn’t thought about her in years when all of sudden, as you put out your cigarette in the dirty, over-filled ashtray, there she is in your mind’s eye, the little black haired neighbor girl who lived with the elderly couple across the street from you when you were a kid. She was a strange girl, an orphan perhaps, near your age though she was bigger than you, which was not unusual, slight as you were in childhood. And she was mean, always leering at you from her front yard whenever you left your house. How could you have forgotten about her? She was there almost everyday, and it got so you wouldn’t want to go out the front door so anxiety-inducing was the grimace on her ugly face.

Your parents still occupy the same house in which you grew up, but the elderly couple has long since died. Though they only live across town, much time has passed since you’ve last seen your folks, and they are delighted to have you stop by. You waste no time in asking them about your unusual neighbor.

Yes, they remember the Millers, of course, but they didn’t have a little girl staying with them. Your parents were never close with the Millers. They were a cantankerous and unpleasant couple. Nevertheless, they would definitely remember if a little girl had been in their care.

You insist, offering details as they, one by one, surface in your memory. A little girl with black hair lived across the street from you in the Miller’s house. She was your age, but didn’t go to school with you. There was something wrong with her mentally. She never spoke. Dumbfounded, your parents only stare at you as you ramble on. She was cruel, terrorized you.

“How could you have forgotten about this?” you nearly shout growing increasingly irritated, all the while wondering how you yourself are only now remembering.

Suddenly you recall, as if viewing an old family movie, the little girl with black hair standing in your backyard. You hadn’t heard the gate open as you played with your yellow toy trucks in your sandbox, but there she was looming over you, giving off the acrid odor of cat urine. Without a word she fell upon you and grabbed you by your throat. Her arms were hairy like a man’s, and she squeezed harder than you would have thought possible until the world became a dark, sad blur. Her eyes were black, joyless pinpricks, and her thin lips curled around sharp, malevolent teeth. She bit you on your neck so violently you thought she would tear off your flesh, and then as quickly as she arrived, she was gone, and you were alone, hurt, and sobbing on the grass.

The scar, its origins a mystery to you all this time, is still there. It must jog your parents’ memory, though it failed to awaken your own until just this moment. Your folks, having grown old without your noticing, don reading glasses as they lean in close to examine your neck. Sure enough, there it is, a little half circle rippled with the indentions of tiny teeth.

“Surely, we would remember a wound capable of leaving such a mark,” they say stupefied.

Things did not go so well for you after that incident. You became a morose and delinquent young man, a reputation that followed you into adulthood, but your folks chalked up the failing grades and daily discipline problems to growing-pains and troubles in their own marriage.

Declining to stay for dinner, you prepare to leave more confused and frustrated than when you arrived. Your parents, never very attentive and always self-absorbed, have become elderly, senile people incapable of remembering something as obvious as an abusive neighbor.

As you shut the door behind you, you see a little girl with black hair standing in the yard across the street. It can only be the daughter of the family who now occupies that house. Your tumultuous mind has made her features appear so familiar.

The next morning you awake from upsetting dreams, which you cannot recall upon rising. The scar on your neck is itching and irritated. Cup of coffee in hand, you drive to work for once eager to throw yourself into your routine, in need of a distraction from the unfortunate and ill-timed memories. A little girl with black hair is sitting on a bench outside your office building. She is the daughter of your parents’ neighbors. Her father must work in the same complex that you do, no more than a bizarre coincidence. All the same, you decide to head back home without checking in. She leers at you as you circle around the parking lot and grimaces as you exit out onto the main road.

As you scratch at your neck you realize that your scar has come open, is bleeding down your shoulder. You drive past your house and accelerate to an unsafe speed when you see the same black haired little girl standing on your front steps.

Your car is filled with a sharp, acrid odor. You nearly swerve off the road when a glance into your rear view mirror reveals her peering around the back of your seat. You attempt to cry out, but are unable to find your voice as she, with hairy arms, reaches out for you. She’s all over you, in your hair, under your fingernails, you can taste her in your mouth. You try to cough her up, spit her out, but she is seeping down, filling your throat.

Teege Braune is a writer, ESOL instructor, bartender, and contributing editor for Burrow Press’ Fantastic Floridas. Some of his work has been published in Word For/Word, 15 Views of Orlando, Bridge Eight Literary Magazine, decomP magazinE, and is featured regularly on The Drunken Odyssey website and podcast. He lives in Orlando, Florida with his fiancé and two affectionate but morally ambiguous cats.