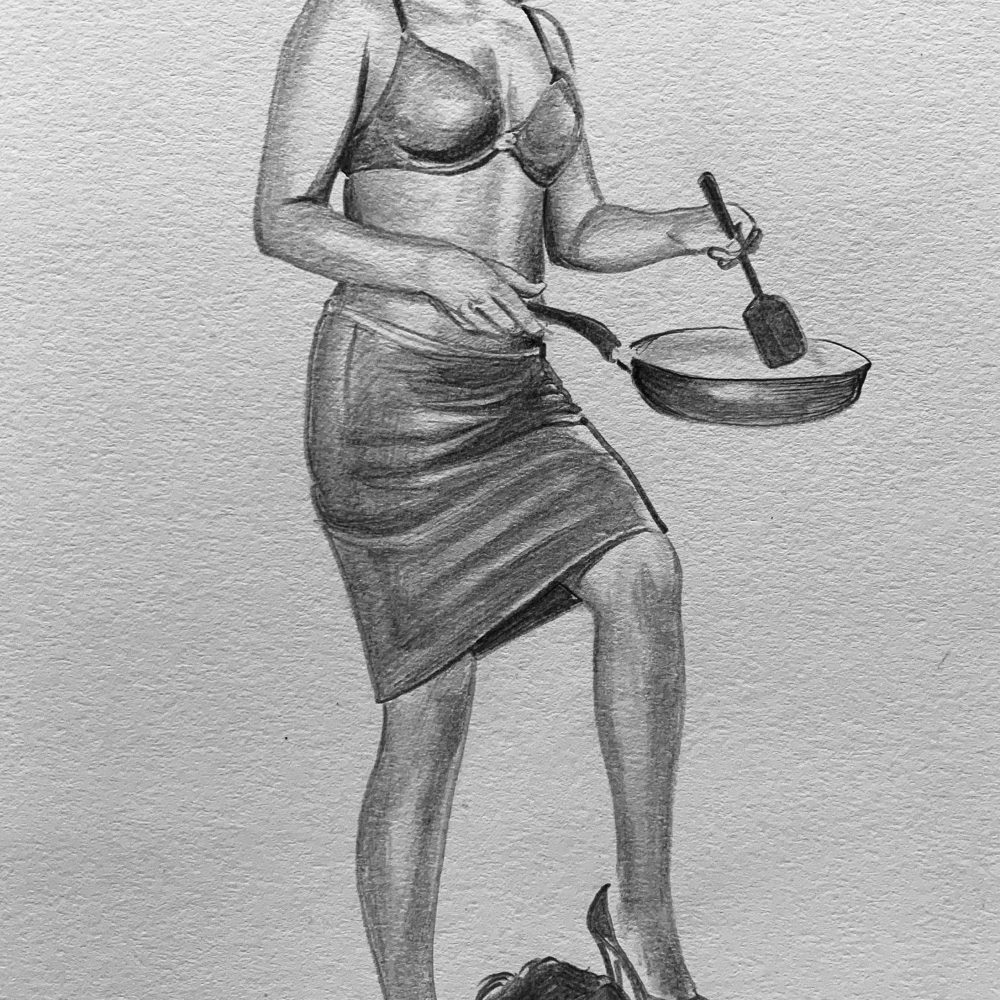 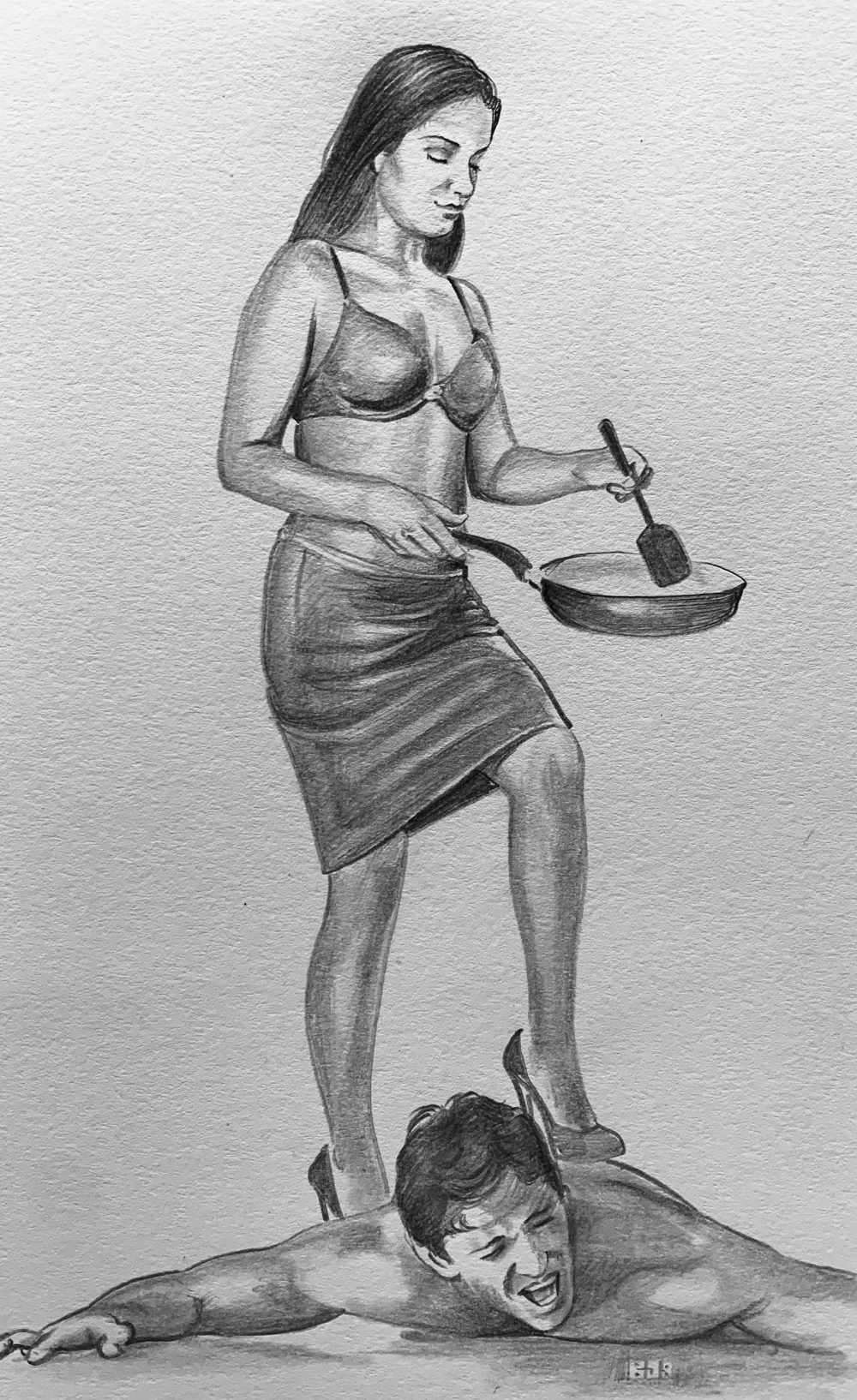 She tells me sex stories.  She is standing at the stove, frying some kind of meat. The air fills with salt and turmeric and the stench of what’s forbidden. Her hands juggle the bottlenecks of soy and fish sauce, red paprika flakes, green lemongrass and kaffir stalks, while words stream from the storm gutters of her mouth, something about knives and stilettoes, cheeks flogged into marbled red, skin splayed by candle wax.

Once, I heard a man beg my mother to shower him with piss. She refused for hours, until, finally, giving in. The younger ones crave vampire fangs, she says, a clean cut to the skin; older ones want restraint, they need to be punished.

If I behave, she will tell me other things. She will talk about my sister, perhaps. Once there were two of you, but your sister splintered inside of me soon after your father left. You used to talk to her when you were a baby, it’s okay if you still do.

She will describe how they dug me out of her with metal tools, as if her thighs were mangled pieces of steel on the side of a highway; how my sister followed, a counter-intuitive pool of liquid blue with eyes like melted cellophane, black holes where ears should have been. Sometimes I can feel my sister’s ears, a fist of dried peach halves lodged in my throat, catching the scraps of my mother’s voice when I no longer want to.

And then her least favorite story, the true one, where we are abandoned in a gas station for a deity with needles, hyped-up and glistening with love.

Soon, she’s back to living her bedroom triumphs, which I know will haunt me later, when I close my eyes and see the scrunched faces of wounded men begging for her puissant mercy.

When I was fifteen, some men came to the house. My father let them inside. They told me what to do. Have you ever needed to survive that much?

I shake my head and watch as her pestle crushes fenugreek into powdery gold. This will lift and firm those sagging breasts of yours, she says; a pinch between the dark blades of her fingers sprinkles like pixie dust into her bubbling cauldron.

I detest the crimson madras she sets before me, its rocky landscape straddled by rows of white rice and topped with wilted cilantro. I can smell its sour-laced poison. I would never eat that shit, my sister whispers. But I pick up the fork, bring it to my lips, plunge my tongue into its bitter warmth, because I know that this is what she needs. She needs to talk to me and my sister. She needs us to listen.

Jamy Bond's stories and essays have appeared in a variety of publications, including Pithead Chapel, Wigleaf, Tiny Molecules, The Sun and The Rumpus. She lives in Washington, DC.