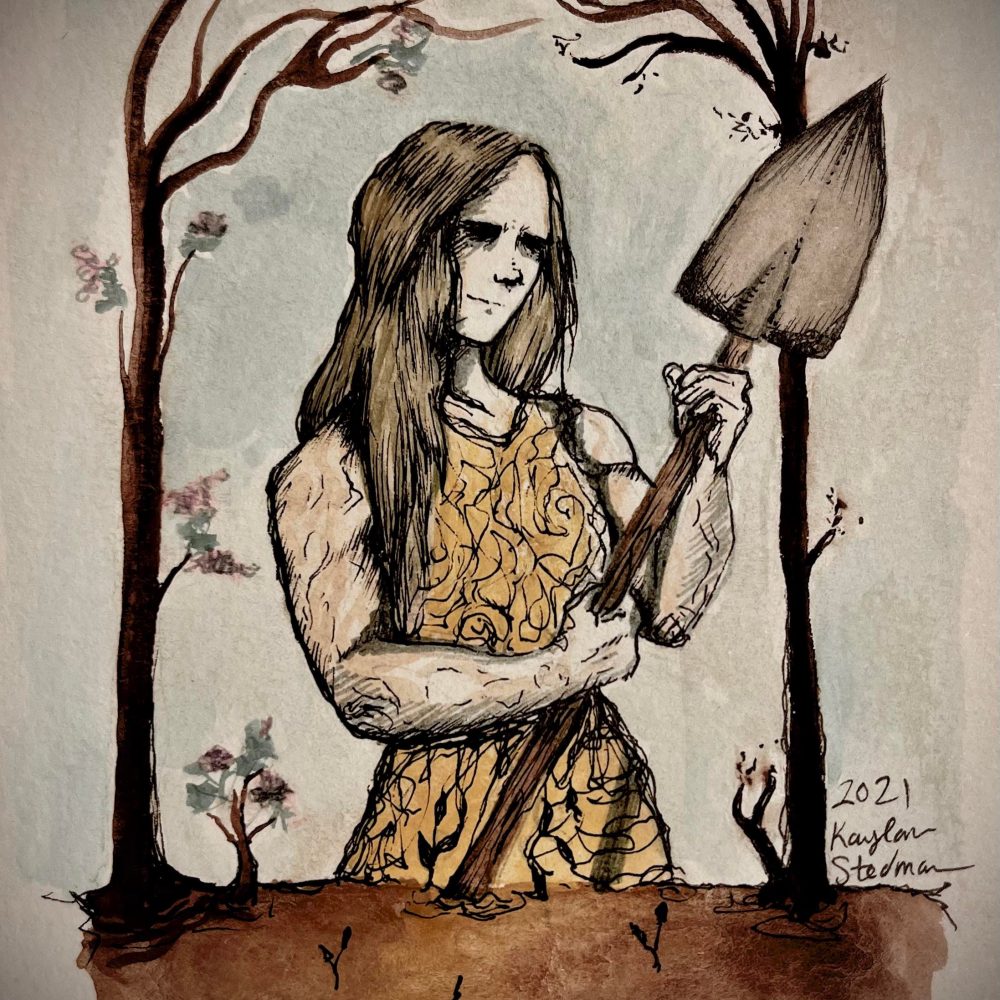 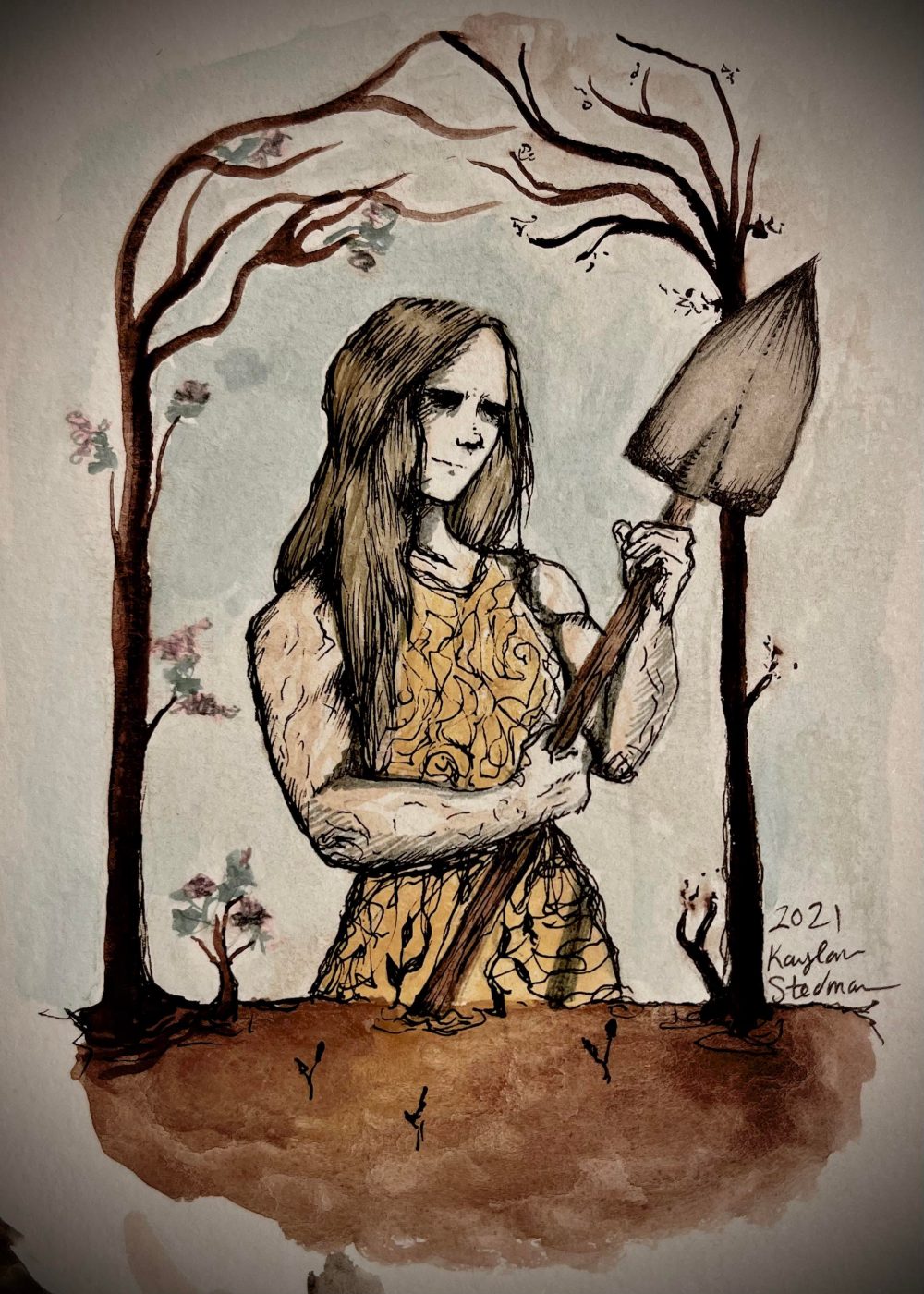 Can lift things several times her size: coffins, rigor mortis-riddled bodies, secondhand grief. She can dig a hole six feet deep in under sixty seconds and barely break a sweat. Her arms are knotted with muscles, her skin tastes of dirt rich in minerals with every kiss. In her graveyard hut I watch her wash death off of herself in murky rivulets, and feel my body contract with the pangs of life.

While my girlfriend digs graves, I visit my mother in the hospice. “Were you with her again?” the old hag accuses, wispy with age and radiation. And underneath feathery hate, the fear. She’s realizing that the poets lied. Death stops for no one, and only the danse macabre holds true.

“I can smell her on you. What does she give you that others don’t?”

I tell her my girlfriend will take good care of her when it’s time to go. And then, seven years later, she will kiss my mother’s bare bones when she exhumes her–femur, carpal, scapula. She will greet each maggot by name and taxonomy. Feed them sugar cubes, ask them what auspices my mother brings from the other side. My words don’t reassure the old hag, who mutters about women lying together, living in their sinner-filth.

My girlfriend’s gravedigging shovel spans nearly the length of my body, collarbone to ankle. Sometimes, when she’s away, I hug the metal to myself and savor the burn. My fingers settle over the handle’s grooves: ghost hand-holding. I mouth at the shovel’s blade with my toothless gums–coppery comfort. Sometimes my girlfriend places the shovel on the bed between us like a child we lull to sleep. I am never, ever angry even when it soils our white sheets with dirt, wets them with graveyard rainwater.

I remember the baby that once lived inside me, heavy as a stone angel that soaked up all my nutrients til my bones went frail and my teeth fell off, powdery and pliable like an infant skull. I loved that hungry, heavy creature, although I knew, like its runaway father, it would bleed and bruise me. But as soon as it burst out of me, it lost all will to fight. The coffin was cherrywood, child-sized. The old hag covered the cost in exchange for missing the funeral.

My girlfriend was only a gravedigger to me back then. Only a person who offered me a tattered handkerchief ripe with her scent while I watched her work. I wasn’t aware of her skill set yet. Didn’t know that she took her time digging. Not sixty seconds, but minutes stretching deferent and infinite between us: me, her, child, shovel. I inhaled her mushroom-musk, wine-cellar scent through my nostrils. Held onto the stained fabric, the only thing keeping me from sinking to some chthonic realm full of husbands and hags.

“It’s time,” she said. And underneath gravelly curtness, the kindness.

What does she give you that others don’t?

When I smiled at her through my tears, she didn’t recoil at the state of my teeth.

And when she lifted the baby coffin, she carried it on her back like it weighed the world.

Avra Margariti is a queer Social Work undergrad from Greece. She enjoys storytelling in all its forms and writes about diverse identities and experiences. Her work has appeared or is forthcoming in SmokeLong Quarterly, The Forge Literary, Baltimore Review, matchbook, Wigleaf, The Journal of Compressed Creative Arts, Longleaf Review, and other venues. Avra won the 2019 Bacopa Literary Review prize for fiction, and placed third in Reflex Fiction’s Spring 2020 Competition. You can find her on twitter @avramargariti.