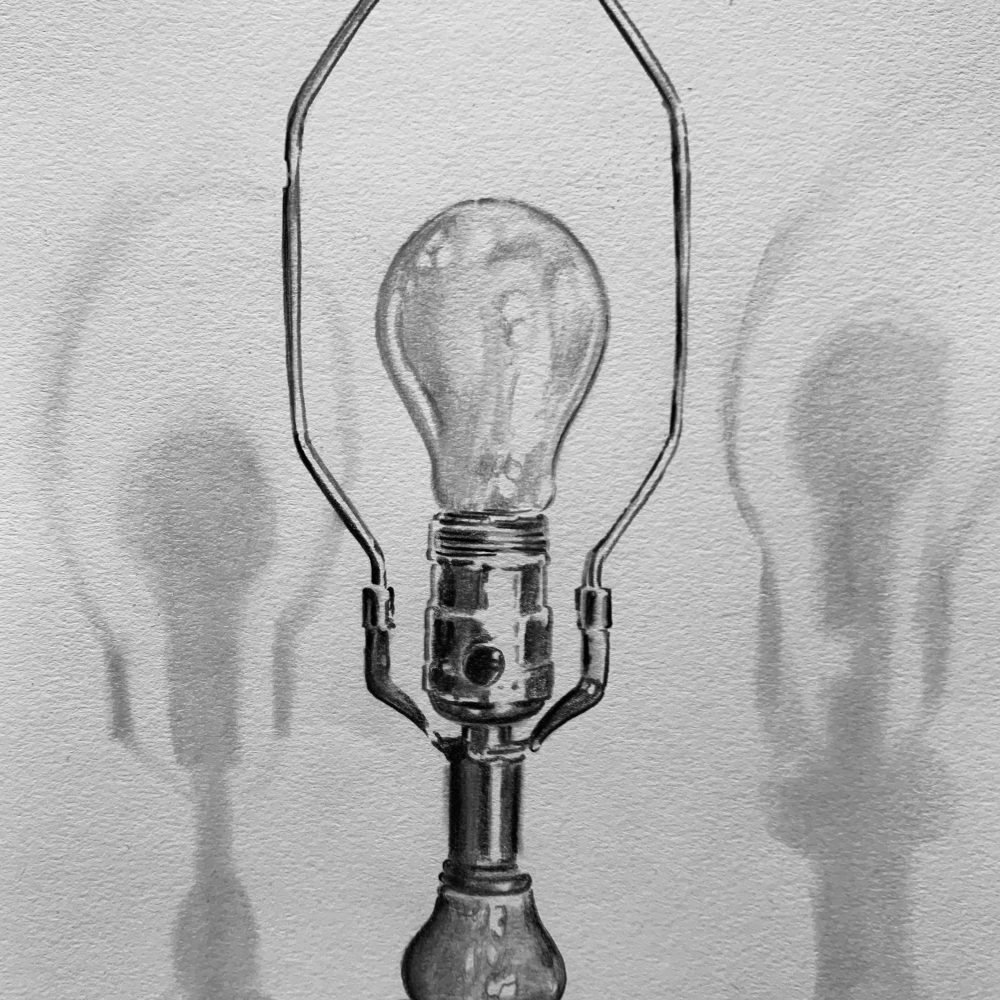 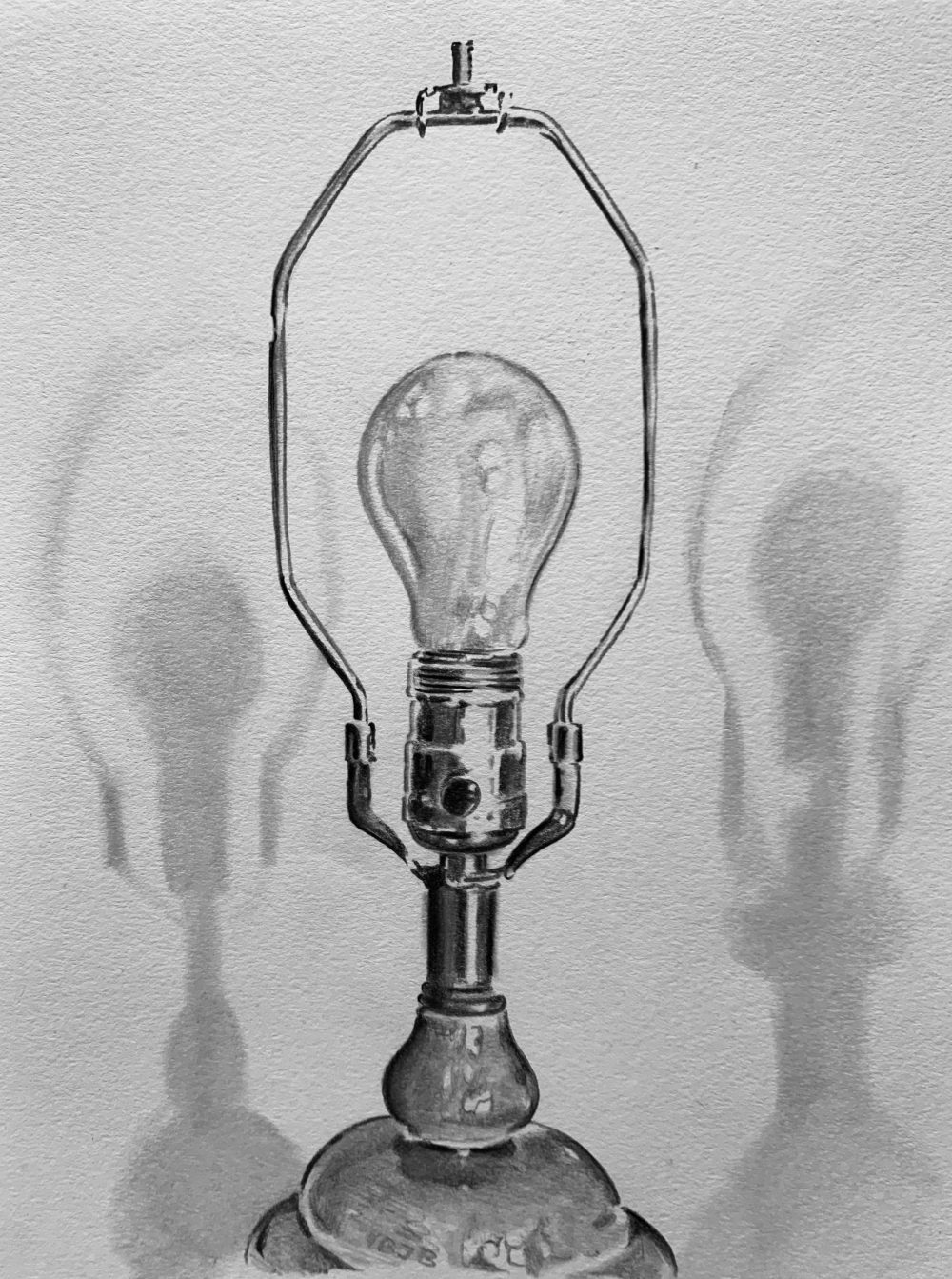 Becky was in trouble. Aunt G was going to drop by and the lampshade with elephants circling the parchment, their trunks wrapped around the tails in front, had disappeared. The ring of elephants was the latest in a parade of hideous gifts from Aunt G, and it had vanished into thin air. No one except Becky had been in the house since her neighbor Bryan came over to party.

She checked the kitchen garbage then the outside trash—an empty can of Pet milk, dust balls from the vacuum, an old chicken breast smeared with garlic and grated cheese plus a Moon Pie wrapper. She checked the fireplace. No ash, clean as it’d been last summer.

Yes, the lampshade had left without a trace. Maybe, just maybe, it was through the power of Becky’s mind, her intense concentration on the light fixture, that the shade passed out of this existence, ceased to be on this plane. Certainly, she always wished as much for every Aunt G gift from the jolly Jesus with the flashing halo to the tropical T-shirt with green front and yellow back, flamingos floating all over it.

Not that Becky was born with this mental power. But since Bryan gave her the peyote, she noticed she had acquired almost godlike abilities. By staring at an inanimate object, she could bestow life and death. The Queen Anne chair covered in a floral print began to breathe, its cushion rising and falling in rhythm with the burgundy couch. The corn plant in the corner started to melt until it was a pool of green that evaporated. The orange and brown Afghan, Greek candlesticks, glass coffee table, the three wooden reindeer with abstract antlers next to her collection of books, and her books inhaled and exhaled for hours until exhausted and shriveled like the wicked witch of the west. But they left no signs of having been there. Her living room was bare except for the shade-less lamp and chair.

The chair and lamp were mute.

Why they had resisted her powers was a mystery. Nonetheless, she believed in her new faculty and what could be sent to a different place could be brought back. Becky stared at the lamp. Nothing. She concentrated, focused, tunneled her mind to a pinched view of the light and prayed for the orange and brown Afghan, Greek candlesticks, etcetera, to return. But most of all she pictured the elephants coming home—the lead elephant breaking circle and walking toward Becky. She could see them all following in a straight line and hear their ears flapping.

The doorbell rang. Half expecting to greet them, Becky opened the door to a flustered Aunt G.

Why is your couch on the neighbor’s yard? Aunt G asked.

Becky stepped out and saw, not elephants, but all of her possessions being touched and fondled by strangers in Bryan’s front yard.

Becky stared at her, concentrating with all of her power until it became obvious that Aunt G, like the chair and lamp, wasn’t going anywhere.

Chella Courington is a writer and teacher whose poetry and fiction appear in numerous anthologies and journals including SmokeLong Quarterly, Potato Soup Journal, and X-R-A-Y Magazine. Her novella-in-flash, Adele and Tom: The Portrait of a Marriage (Breaking Rules Publishing), was featured recently at Vancouver Flash Fiction. Courington lives in California.