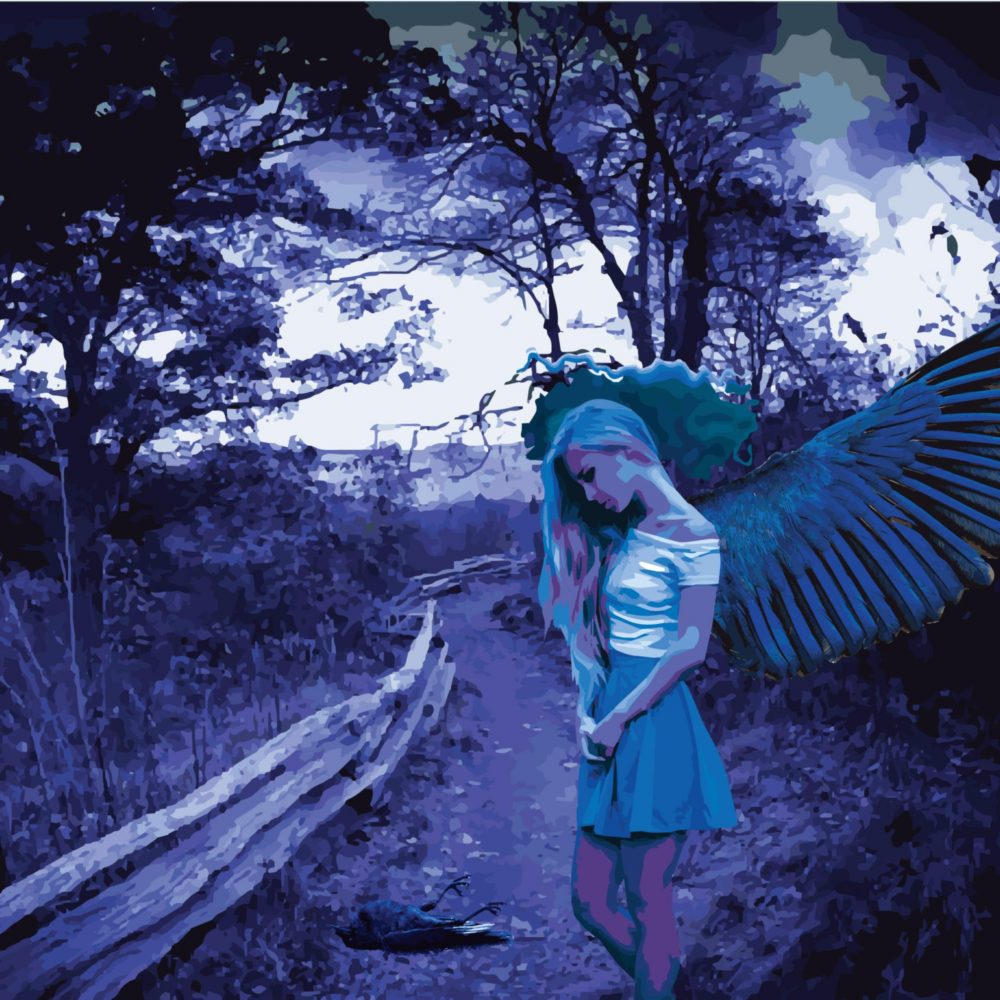 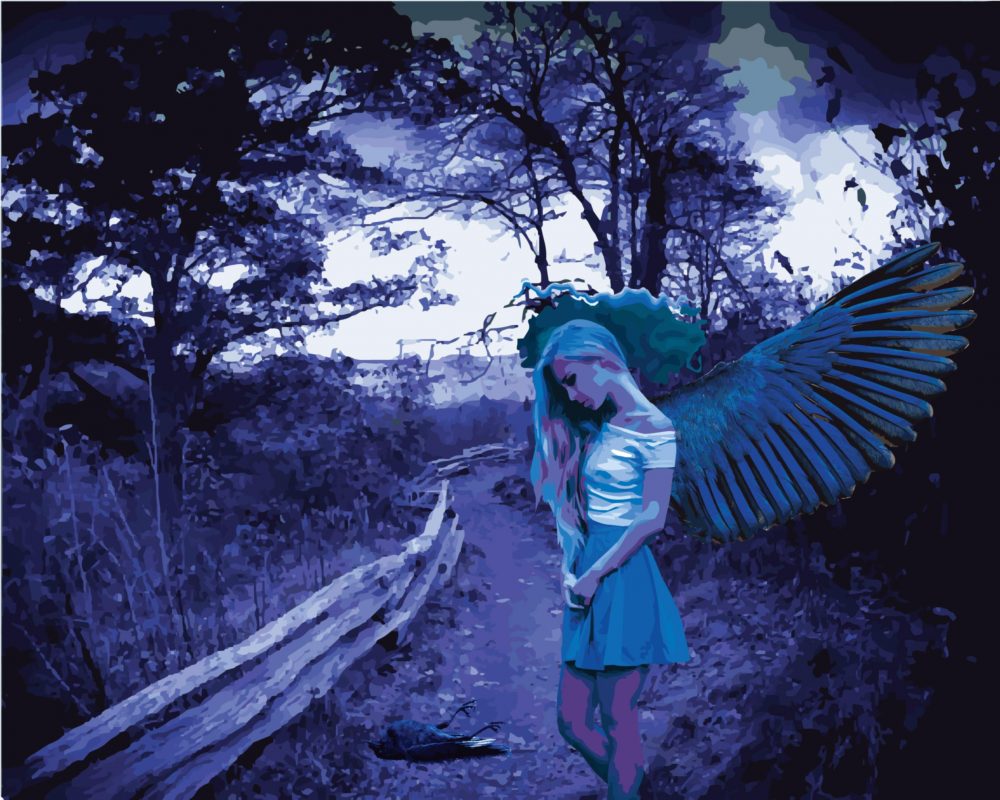 Her older brother sneers. “He wouldn’t rest like that.”

“How do you know?” her other brother asks. His hands click rocks in his pocket, leftovers from when they chased her moments before.

“I just do.” Squatting next to the crow the girl smooths the soft ruff on the bird’s neck. One black eye stares up at her, unseeing.

“Don’t touch it, you might get sick,” the bigger boy cautions. “Dad will blame me. Like the time you ran away.”

Ignoring him, she strokes the crow again, wondering if the other crows attacked her. The eye blinks and all three children jerk back. The crow appears intact, no collision with a car or phone line, no long fall, but no sign of life except for the one wink.

“Like the garter snake dad killed with a shovel,” her younger brother says, gleaming at her.

The girl drops to one knee on the gravel road, brushing away sharp edges. She cups her hands around the crow and lifts it carefully to her lap. Still whispering their warnings, the boys watch with wary eyebrows, expecting a limp bird like a chicken ready for plucking, but you can never trust a crow. When the black eye blinks again the girl raises the crow to her chest. Her heartbeat flows into the bird and back until she senses the crow’s quicker beat.

“You should leave it here,” the younger boy says, but she strokes the crow’s back and wings with their hard stems, leafy flight feathers, and soft down underneath.

The crow raises its beak as if wanting to return her caress. She shivers despite the heat of the afternoon, and goose pimples run down her arms. Holding the bird tighter, she senses the tiny hairs in her pores the way the crow must feel them, growing wispy branches joined by webs. Looking down at her hands she no longer sees the crow eye, only shiny black feathers lining her fingers. She wonders if the crow is dead after all and feathers are all that remain, but she knows better.

With one eye on the feathers, her other eye catches the shocked stare of her brothers. She stands her full length and extends her arms. Stirring the air with quick, circular strokes, she rises above the gravel road, avoiding the phone lines. Sparrows and starlings dart away as she glides above them, stretching and ripping her T-shirt. She passes over ripe corn and wheat fields, spawning her hunger, but she knows she can take as much as she wants whenever she wants.

Her eyes water as the ground tilts below her, skimming a wide circle, searching. There it is: her house as she never saw it before, the asphalt roof she only reached by ladder, the tall chimney she couldn’t climb, now an easy perch. She swoops past the chimney and lights on the kitchen sill.

Through the open window she spies the maple table with several crows hopping among the plates, pecking crumbs and kernels of corn. One large crow watches from the back of a chair. Her father’s chair. He sees her first and soon they all squawk at her. She never knew there were so many scales and rhythms to crow speak, laughing and accusing at the same time. Unabashed, she preens her feathers and finds tatters of the blue T-shirt and pink shorts. No wonder they mock her, their way of telling her what they want.

She pecks at the cloth, redressing as best she can while her family caws between swallows of corn. As she straightens pieces of the T-shirt her strokes weaken. She watches her father’s eyes flatten and a beard forms under his chin. Her mother’s talon sprouts a ring. She stops, her eyes cascading between her parents and siblings, half-formed, grotesque. They chide her to keep going and she squeals back, a sound new to her, sharper than she intended.

She rips off the remaining hunks of clothing around her neck and clasps a strip of discarded T-shirt in her beak. With a lunge of her wings she pulls herself above the rain gutters past the angled roof and chimney. She drops the last piece of cloth and soars into the safe expanse of sky.

Terry’s collection of poetry, The Poet’s Garage, was published by Unsolicited Press in May 2020. His poems and stories have recently appeared in Rust and Moth, Fiction Pool, Typishly, The Mantle, Valparaiso Poetry Review, The Lake and other publications. Lucky Ride (Unsolicited Press), an irreverent Vietnam-era road novel, is set to release in 2021. His website is https://terrytierney.com.