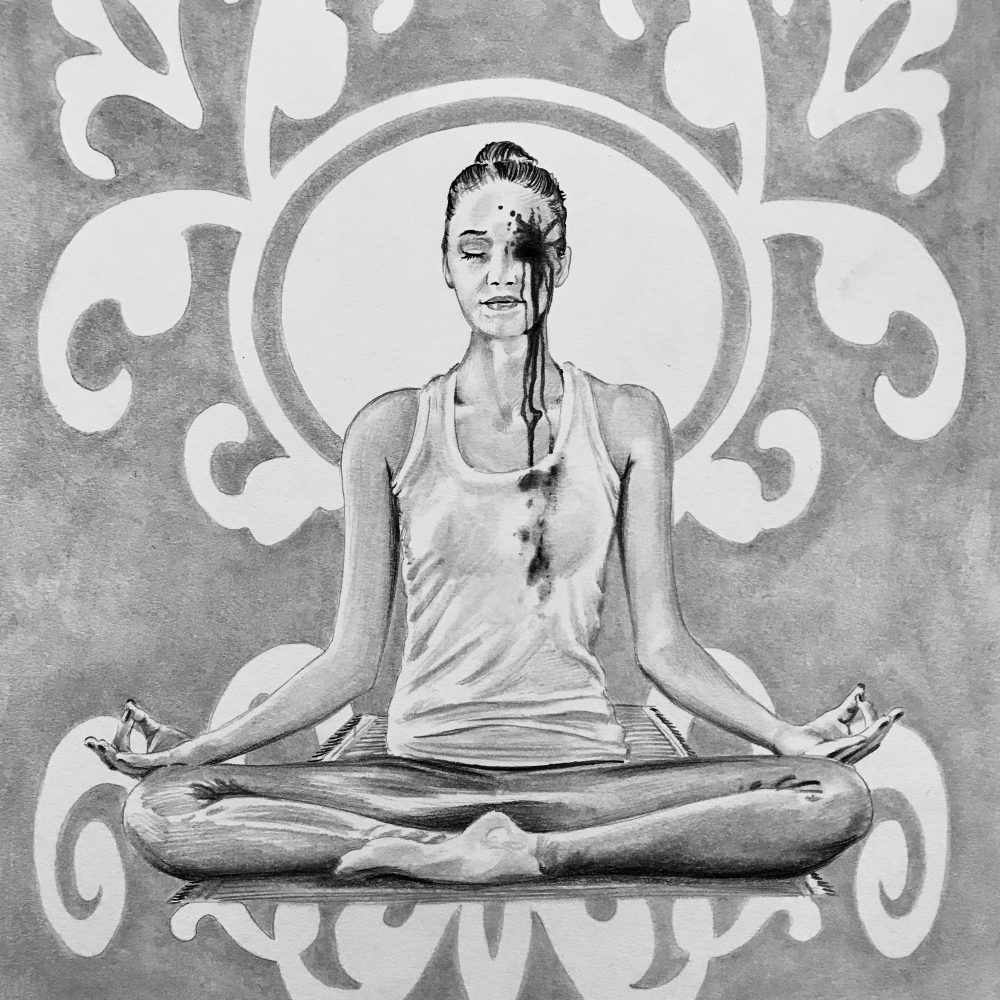 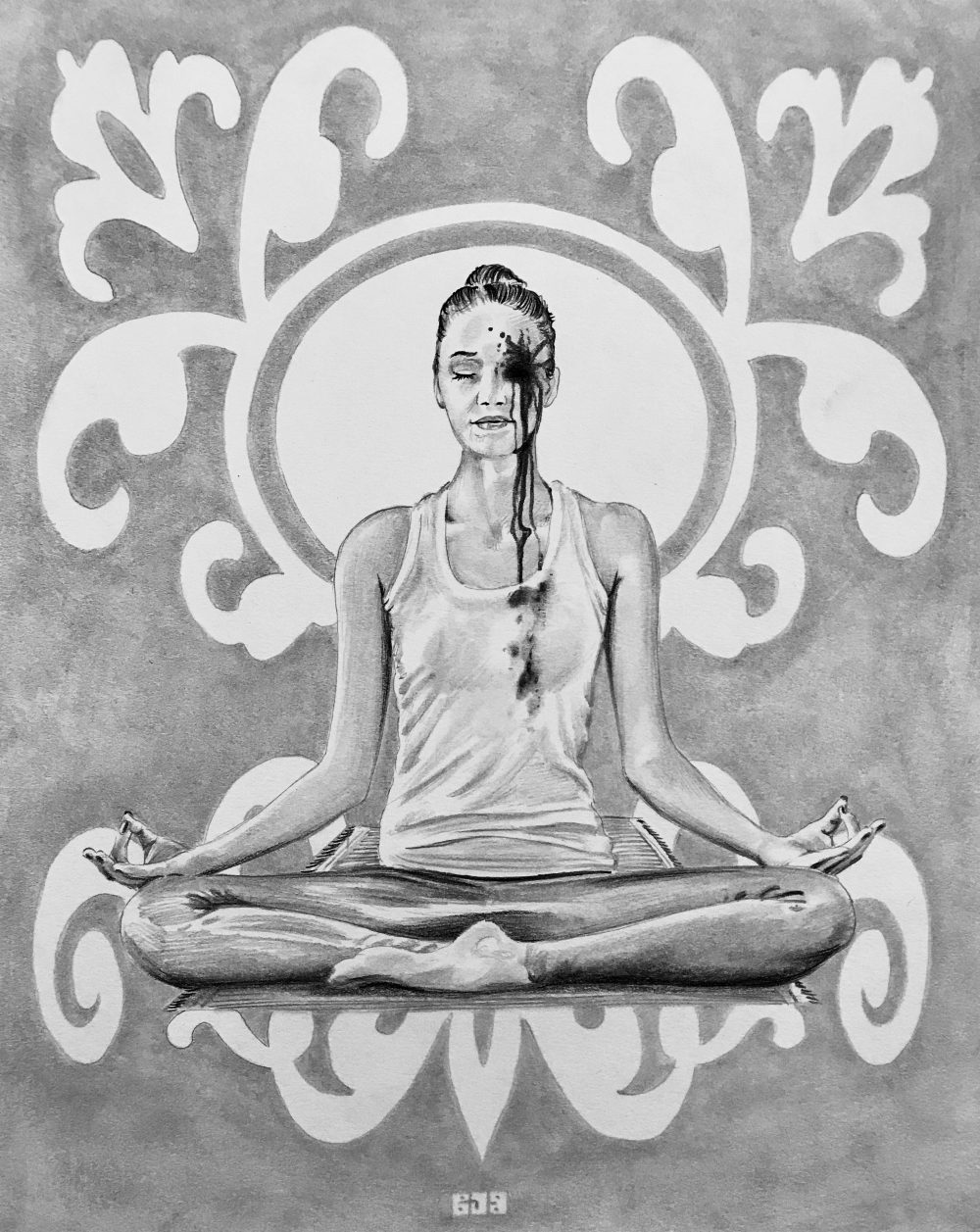 Thank you for reading my letter. I sought resolution through the “proper” channels, but poor management forces me to contact you directly.

First, let me express my gratitude to all three of you. During his illness, the physicians and staff at Saint Edwiges Hospital treated my husband like family. After his death, my physician diagnosed me with depression and recommended that I take advantage of the discount membership offered to John Adams Insurance policy holders at HealthWorksGym4All. Doing so saved my physical and mental health.

Unfortunately, on January 9th, during Vera K.’s Golden Yogis class for senior citizens, as I achieved my months-long goal of making it into “Fish Pose,” a ceiling tile fell and struck my left eye.

I was in great pain and bled profusely. Vera gently helped me out of the pose, likely preventing permanent neck damage (per Saint Edwiges Emergency Room Attending Physician, Dr. Norah Ashe – see attached report). In the heat of the moment, Vera said she’d complained about the ceiling for months. Citing HealthWorksGym4All prohibitions against actions that might be construed as medical attention and utterances implicating culpability, your manager, Mr. Bill Naught, fired Vera. I have the highest regard for the 911 crew, but they needed several minutes to arrive. I cannot believe you would want me to lie bleeding, frightened, and alone while I waited. I hope Vera will be reinstated.

Of course, I signed the form promising to pay Saint Edwiges anything my insurance didn’t cover. After my husband’s illness, I know the hospital well; I’m not only “In Network,” I knit toys for the children’s wing at Christmas! (Besides, you have to sign it, don’t you?)

Despite the doctors’ best efforts, I lost my eye. Thankfully, God spared my other one and, with the love of friends and family, I am learning to cope.

I was surprised that John Adams, deeming HealthWorksGym4All responsible for my accident, refused to cover my claim. How could my coverage be compromised when my own insurance company recommended –and helped pay for– the gym? My son, Henry, thought that the confusion might stem from my name being on the gym membership while, as Primary Insured, my deceased husband’s name remains on my insurance policy. Henry called John Adams and spent hours on hold (literally! Had Henry been employed, he could not have reached anyone; no boss would tolerate that much time on the phone. Please investigate your lackadaisical Customer Service). Finally, Henry was advised to send my bills to HealthWorksGym4All.

Trusting the reciprocity implicit in the John Adams/ HealthWorksGym4All discount program, I contacted Mr. Naught about forwarding my bills. He refused to discuss “pending arbitration” and hung up on me.

You will agree this is unsatisfactory.

After several months, letters (attached), emails (attached), calls and disconnections, the American Arbitration Association sent me an offer (attached) of $800.

Clearly, this is a clerical error.

Meanwhile, I receive constant notices on behalf of Saint Edwiges Hospital from the Red, White & Blue Collection Agency. I know firsthand what a caring institution Saint Edwiges is; the threats levied upon my dwindling resources will shock you (correspondence attached).

When I received the “Final Notice”, my son contacted Gregory Gapon, Attorney. Gapon convinced Henry, a college graduate, that a piece of paper, shoved across the counter by a pimply faced teen who folds towels for a living, supersedes the U.S. Constitution! Gapon’s email (attached) reads, “your mother waived her right to sue when she signed the HealthWorksGym4All contract, which contains a forced arbitration clause.” I explained to my (distraught) son that these clauses protect corporations and consumers from frivolous lawsuits so that, rather than paying millions for some lunatic’s spilled coffee, funds remain available for legitimate claims, like mine. Obviously, Mr. Gapon is precisely the kind of Jackpot Justice Lawyer at whom tort reform is aimed. Once he saw that I want only to cover my medical costs, he gave my son the brush off. Good riddance! I phone-banked for candidate George W. Bush (twice) and extolled his promise to put these ambulance-chasing-predators out of business. I do not know what it takes to get de-barred in New Jersey, but feel free to reach out to me; I will help any way I can.

Having “killed all the lawyers,” I used our American Postal System, Certified Mail, and the old-fashioned notion of Taking-It-To-The-Top to reach you! I cannot overstate how relieved I am that my case is finally in the right hands.

I look forward to your swift response and a speedy resolution.

Thank you, and God Bless,

PS: I’ve attached my son’s resume – a little bird says you have some managerial openings! #silverlining