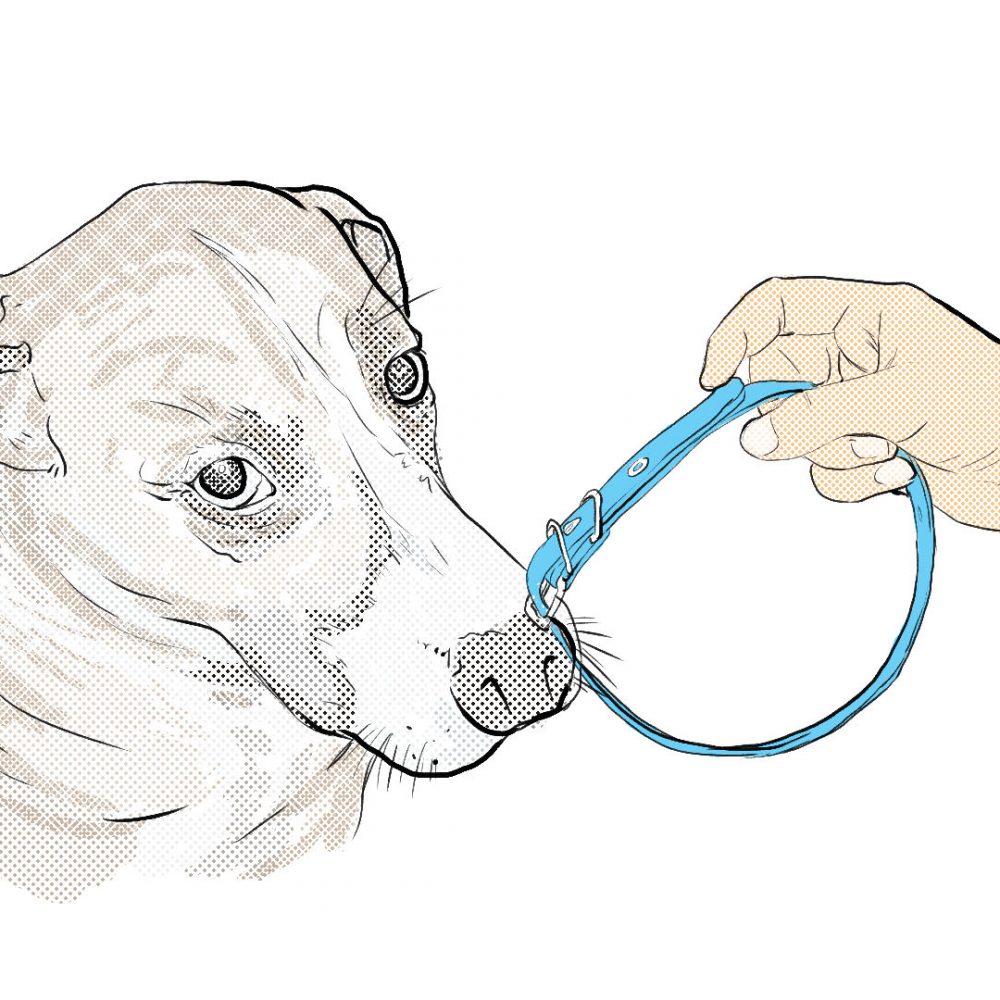 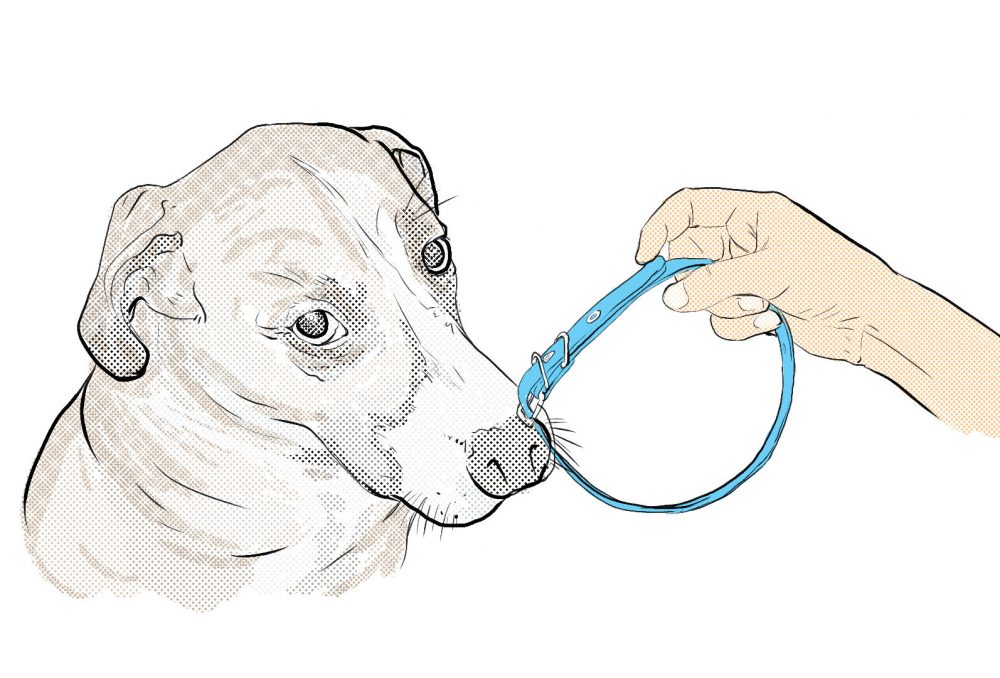 It’s just me and the dogs now. The old one fifteen, on his last legs. The puppy not really a puppy anymore, he’s almost three, but needs three walks a day or he’ll start in. The barking, the growling, the snapping, the barking/growling/snapping at my feet, my hands, my nose. At the old dog’s balding little pink snout. Then the circles he runs around the house. Literally bouncing off the walls until I finally wrestle myself up off the couch.

I used to think it was cute, this big clumsy bruiser of a puppy, all his in-your-face energy. My wife, she said the day I brought him home she knew none of this would end well.

The old one, her baby or her baby before she abandoned both of us, he’s not so cute as he used to be. Thinning white fur barely covering that bellyful of tumors and liver spots, the freckled little pink stub at the end. The dog, mostly blind, deaf, and increasingly senile, I’m not there to lie on the couch with him. He’ll stumble around the house banging into chairs and door frames.

None of this making it any of this any easier on me. More and more it’s looking like my wife’s last words to me were prophetic. It’s true. I don’t have it in me, whatever she said I never had in me.

The puppy’s selfish and abusive and doesn’t fulfill my emotional needs, but still I enable him. He barks, growls, snaps, and I give in. Walk him over to an abandoned elementary school across the street and let him off the leash.

He sprints the length of the field, does these fly-bys nipping at my arms, my shoulders, my ears. When that doesn’t work, he gets down on his front haunches and barks until I get down on all fours with him. Bark and growl back. Roughhouse. Play our big-dog/little-dog game, Spike and Chester.

My wife used to say this was sending serious mixed signals. That one day he was going to bite a stranger and I’d be the one who’d have to put him down.

Back before I’d brought home this damn puppy to save our marriage, my wife and I used to take the old dog across the street. Lead him to the middle of the field and let him off the leash. My wife walking in one direction, me walking in the other.

We called it the Child of Divorce test. Which one of us would he follow? Whose side would he take? That was the game of it.

We weren’t allowed to call for him or compete for his affections, but occasionally I’d sneak treats in my pocket. Not that it mattered. He’d always choose her, his mommy.

I can’t really blame him for choosing her, but I’d be lying if I said it didn’t break my heart a little more every time, watching them both leave me far behind.

Six months she’s been gone, but I still wonder if this’s all been a test.

Would she come back if only I could bring myself to put her old dog out of its misery? If I could find it in my heart to send this abusive puppy back to the kill shelter I rescued him from?

What I keep trying to convince the dogs: Don’t grovel. Give her space. Wait for her to realize how much she needs us, loves us, will never stop loving us.

This is how to pass her test.

It’s raining that morning, foggy, the puppy doing that desperate little dance he does when he’s gotta go.

I’m on the couch like always, the old dog groaning from atop my belly. Groaning again as I slip out from under him.

Don’t die on me yet, little buddy, I tell him, pat his head.

I’ve taken to saying these things to him, a kind of reverse psychology. Like the more you tell a person you love them, need them, can’t live without them, the more quickly they abandon you.

Across the street, I let the puppy off the leash and in two seconds he’s already off in the fog galloping madly from one puddle to the next, shaking off all the rain drenching him and then running in search of more mud to cleanse himself.

At first I don’t bother calling him back. Let him go, I tell myself. Let the young buck have his day.

I think of the old dog. How he won’t even recognize me when I get back, how he won’t wake up even as I’ll rub his belly full of tumors, as I’ll wait and wait to see if it’s finally over.

I’m thinking all this and crying just a little, not paying full attention like I should be. When I scold myself to remain vigilant I squint to make out the puppy tearing off across the field toward the drainage ditch, the humming intersection on the other side.

Whoah, buddy, I shout. I call his name. I whistle. You come back here, I say. Come back and play with Daddy.

He stops eventually, sniffs the air, shakes the rain out of his ears. He looks back at me, then back toward the road, cocks his head at the humming of wet tires across wet pavement. There’s a kind of music to it.

Please? I yell. I’m down on one knee. I’m reaching my hand out. I have no treat to offer.

There’s no letting up in the rain or fog, but I squint hard and can just make out one last glimpse of those big brown eyes of his blinking back at me. That tiny moment of understanding between us before he turns and makes his break for freedom.

The Drevlow runs Bull magazine and is the author of the book Bend With the Knees and Other Love Advice from My Father. He has published short fiction and nonfiction at Literary Orphans, Pithead Chapel, and Split Lip, among other magazines. You can find these and other stories linked at thedrevlow-olsonshow.com and twitter.com/thedrevlow.