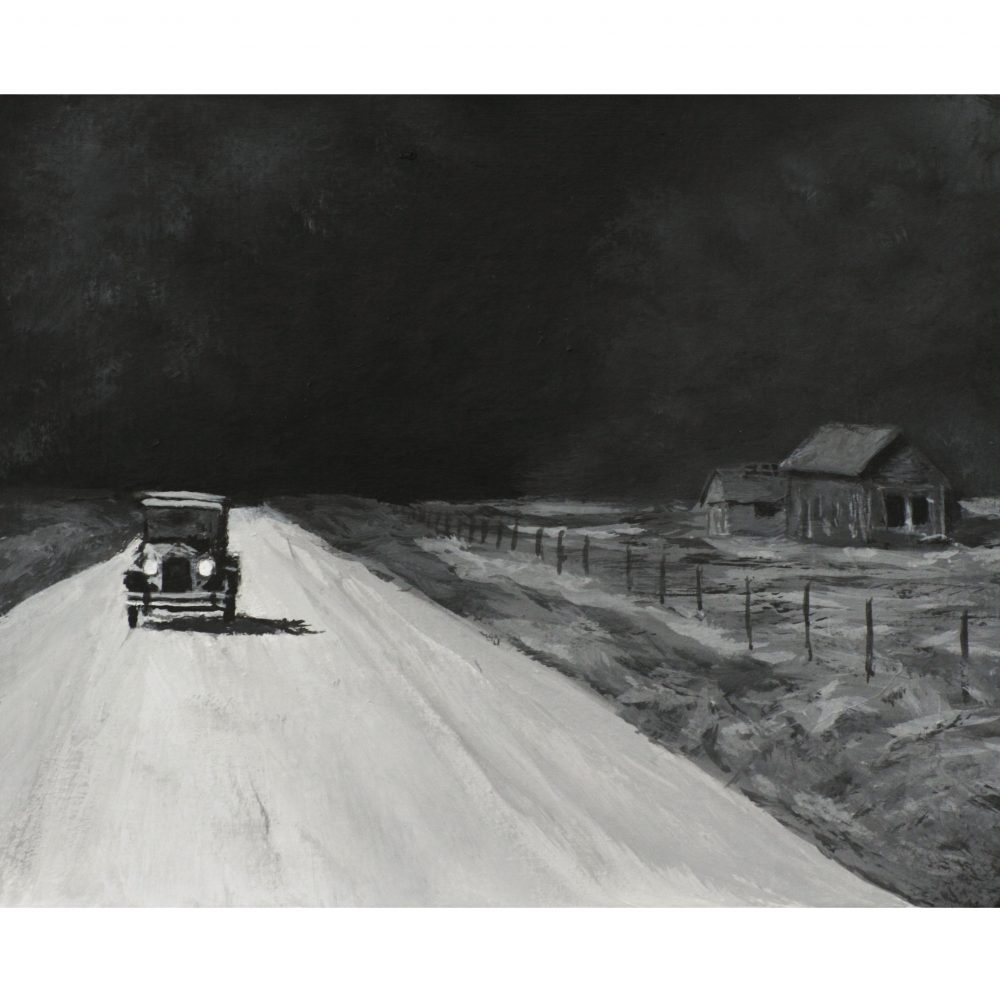 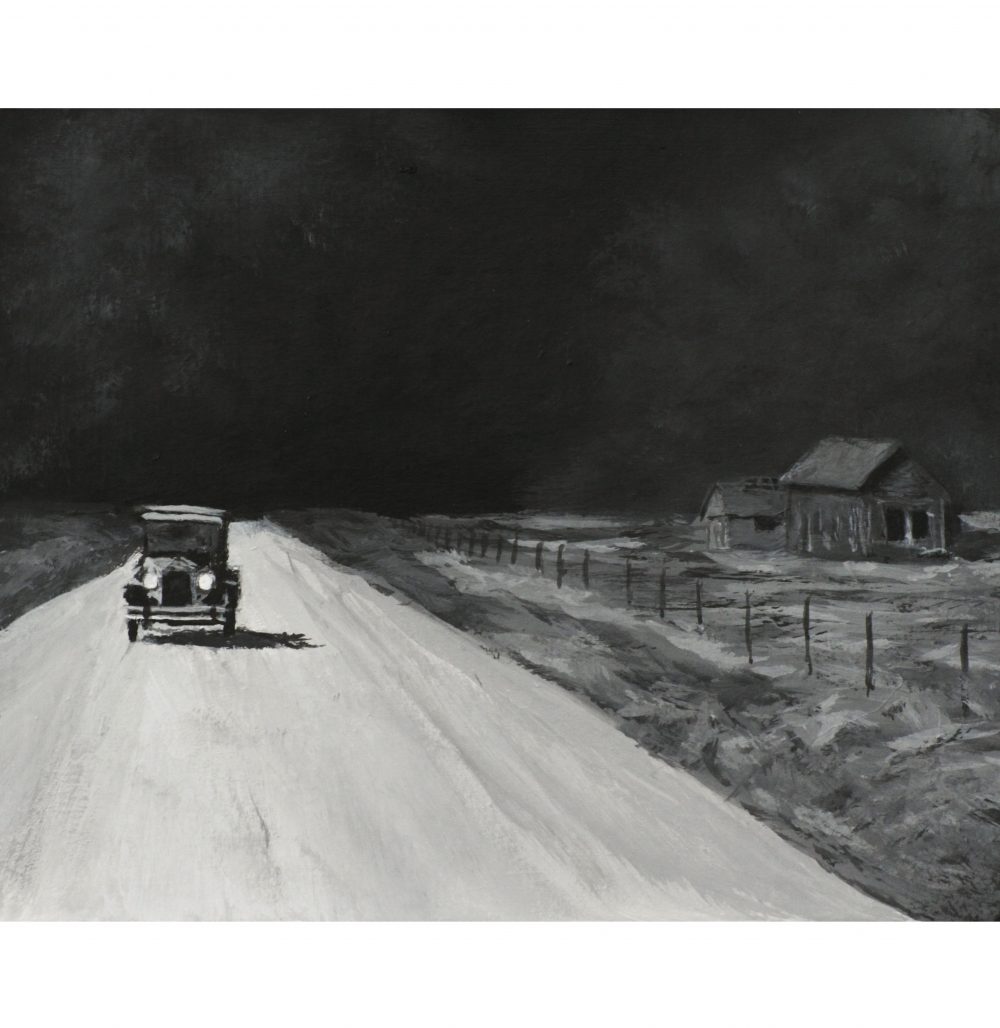 The Model A broke down on Route 66 as we entered Flagstaff, Arizona. Our two boys, Benjamin and Arthur, tied ropes around the fender, and pulled the car while Benjamin’s wife Rose followed behind with the baby.

We followed behind Rose. The kids insisted we stay in the car, but we knew the boys would not make it to the migrant camp with us adding on extra weight.

Irene wasn’t well. She has a fading heart. I walk with her, as promised when we married.

My hip ain’t the same no more, either.

We weren’t farmers. I owned a store. We had a nice house in Dalhart. Built it with my brother in 1919. Poured the concrete foundations ourselves. Irene had the garden next to the driveway. I took my favorite picture of her—we were a picture-taking family—of her in a blue silk dress, with the lace collar, holding her Kodak camera.

We were a picture-taking family. I sold the cameras before we left after the black clouds filled the sky. The drought pretty much had already wiped us out, but the clouds sent us away. Sold what we could and followed the children, like we are now, walking, behind my Model A.

I have the photo of her in my inner coat pocket, wrapped in my handkerchief, as Irene and me follow behind the car. I always am taken by her enchanting smile.

Irene put her hand on my shoulder.

I held her tight as she stumbled into my arms. We put her in the back while Sharon watched over her. I carried my grandson Leonard on my shoulder, singing old army songs.

Hiding behind the solitary cloud above the mountain range on the horizon, the moon is a faithless lover. My feet are hurting. My shoulder was sore from carrying Leonard and my feet hurt.

I pass the time thinking. For example, I believe that, like Moses, Irene and I have made it to the mountaintop, but unlike the prophet, I am likely going to reach this Promised Land at the end of this narrow concrete strip. This narrow path leads to Barstow, California, and continues northwest to Bakersfield. Bakersfield is where we are going.

But I already had my Promised Land. I’ve a picture of her in my pocket and she lays in the back of my broken-down Model A Ford.

I’m afraid to lose her.

It is night. The family huddled under the blankets in the car. I am holding Irene, wrapped in her mother’s quilt.

When I slept, I relived that day in April when the dust blizzard came rolling in, turning the Sunday afternoon into night. I couldn’t see in front of my hands reaching out, and coughed for days afterward. Irene stayed in, but despite all our efforts, closing the windows, desperately blocking the cracks with laundry and rags, the dust invaded, covering everything. It was the apocalypse. Irene began crying, her face contorted, constantly wiping counters, and the table tops in the gray haze. Finally, Irene collapsed. She bent forward as if she were shot and went to her knees.

I had already lost the store. The boys were already planning to leave to work on the WPA. So in June, we left.

In the morning, we pulled the jalopy to the camp. The boys worked on the car with a mechanic in return for food and a ride to Barstow. Rose stood on the roof of an old barn, watching over the kids jumping off onto a stack of old mattresses.

Irene went out beyond the shacks, with her grandmother’s walking stick. Her grandmother was a Scot and her people came from the Highlands, and the stick goes back to the time of The Bruce, or so Irene was told. I never met the woman.

Irene was dragging the stick along the ground, digging it deep into the soil. When I came up to look, I saw she had cut a pentagram into the ground.

Irene put her hand on my shoulder, pulling me close to her mouth.

She whispered, “You are to close the point that is opened.”

Irene passed the stick to me. I felt her rapid heartbeat against my left arm as I pressed hard against the earth.