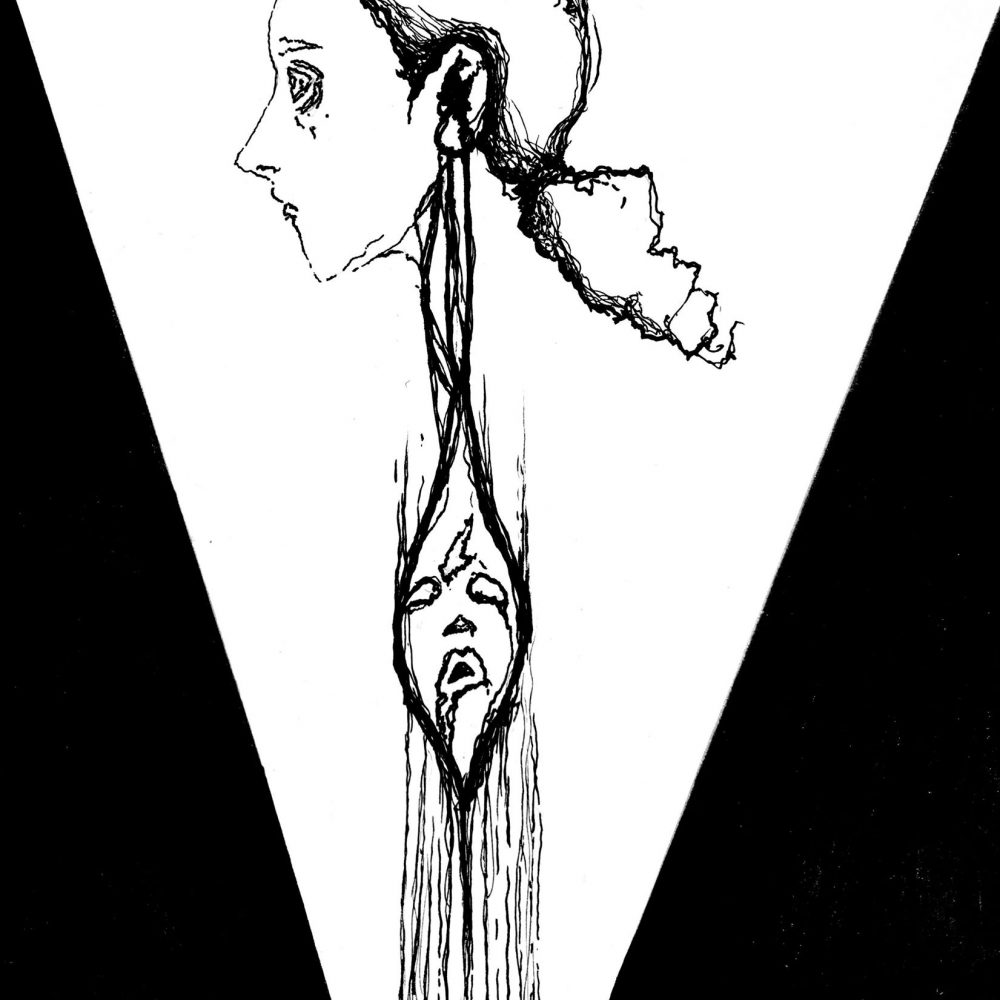 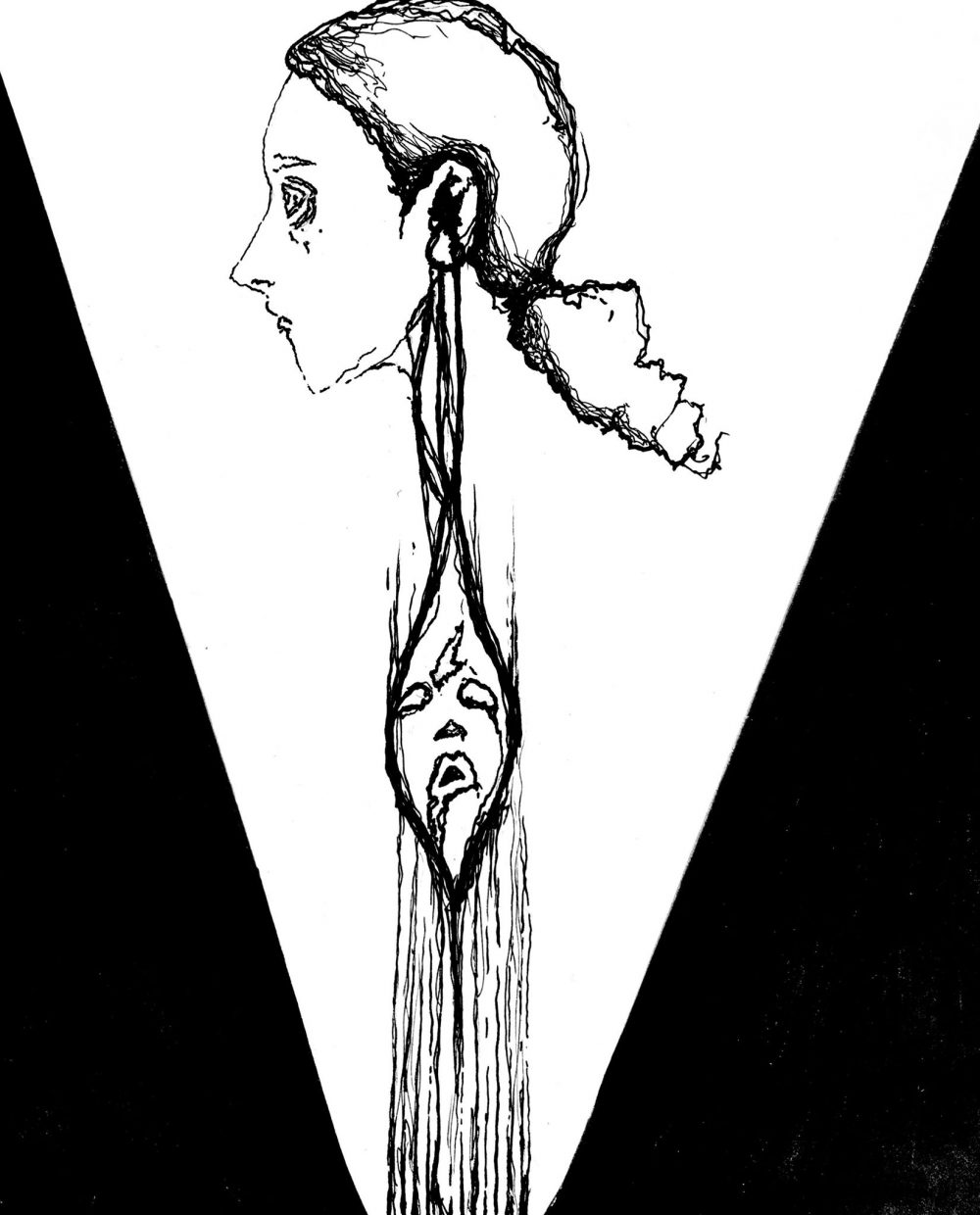 For once, the metro was on time. So I was early. Fifteen minutes to spare. Should I get a table and check my phone before my friends showed up for lunch? Or should I walk around the block? I had choices. The sun was shining. And my new Eddie Bauer blazer was perfect for the seventy degree weather. An unexpected treat.

A woman’s high voice made me look to my left.

She was standing by a bike rack just outside the restaurant. The first thing I noticed was the red sore on her forehead. After that I saw her dripping nose, assessed her clothing. Ragged white shorts on her long black legs. Blue tank top, flip flops.

“Listen to me,” she repeated. Her voice was closer to crying than speaking.

But I didn’t need to listen. The situation was apparent. The woman had foam around her mouth, as if she had just risen from a seizure. She was bone thin. Her hands were shaking.

“Are you hungry?” I asked, walking past—my leather boots barely slowing. She answered with a sniffle. Enough for me to keep moving down the street to the grocery on the corner. Once inside, I hurried to the snack aisle.

What would be easy to eat and carry? Granola bars. I grabbed my favorite brand, a whole grain chocolate chip, and turned my efforts to a bottled drink, found in an endcap refrigerator by the checkout.

Again, I considered options. Plain water? Soda? I remembered how skinny she was and decided she needed protein. Milk it would be.

Armed with my good deed, I headed back to the bike rack, where she still stood, nose dripping, feverish.

“Listen to me,” she whined.

I offered my plastic bag. “Here’s something to eat.”

She swatted the white plastic angrily, shaking her head. “You bitch! Listen to me.”

Shocked, I repeated myself. “Have something to eat. You look hungry.”

This did not soothe her. “Bitch!”

Too timid to argue, I dropped the bag on the sidewalk by her feet.

“Listen to me!” she cried again, as I turned.

The restaurant was four steps away. Shaken, I pushed open the glass door to look for my friends, now waiting for me at a table in the left corner.

I spilled the story as I sat down, before even saying “hello.”

“Of course she didn’t want food,” Joan commented. “She wanted money. For drugs.”

Diane was more sympathetic. “You did what you could.”

Did I? The woman appeared to need more than food or money. She needed medical help. What about the foam around her mouth? The oozing sore on her forehead? The pain in her eyes?

“I don’t know,” Diane said slowly. “There’s been so much on the news. Problems with the police…” Diane paused again. “And black people.”

Diane had a point. What if the woman resisted help from the police and things got ugly? Did I want a role in that?

Certainly not. Yet I glanced at the windows, covered with bamboo blinds, too far from our table to see outside.

“Listen to me,” she had said in that high desperate voice.

That’s all she had really asked of me. To listen.

“What can I get for you today?” A perky young waiter arrived at our table with pen and pad.

“I handed him my menu. “Chicken panini, please. With kettle chips.”

As we ate, Joan griped about her kitchen renovation.

“The cream cabinets we ordered were delayed,” she complained. “We’re going to be eating Chinese take-out for another week.”

With the homeless woman removed from the conversation, I nodded and offered support to my friend, citing inconveniences with a remodeling job of my own.

An hour later, I hesitated at the glass door. Was the woman still there? Should I turn to the right, walk around the block away from her, rather than past?

But she was gone. Only the white plastic bag remained.

The temperature had risen while I was inside. It was too warm for unrefrigerated milk. I had a made another poor choice. Water would have been better. More likely to last on the street.

Jacqueline Jules is the author of three chapbooks, Field Trip to the Museum (Finishing Line Press), Stronger Than Cleopatra (ELJ Publications), and Itzhak Perlman's Broken String, winner of the 2016 Helen Kay Chapbook Prize from Evening Street Press. Her poetry has appeared in over 100 publications including The Broome Review, Sow's Ear Poetry Review, Hospital Drive, and Imitation Fruit. She is also the author of 40 books for young readers. Visit www.jacquelinejules.com.