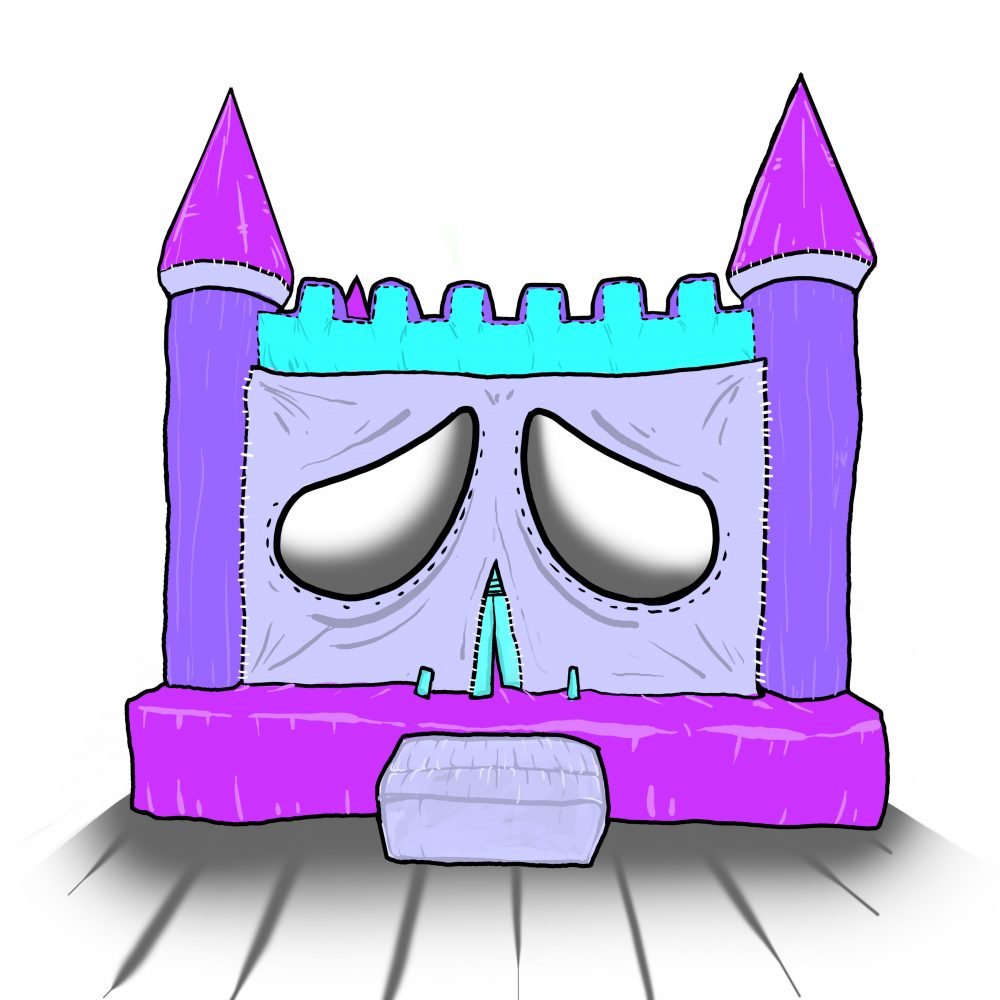 I should have known something would happen at a nightclub with a bouncy house. It’s unsanitary, allowing drunk adults, not in full control of their limbs or their bladders or their inhibitions, to jump around in an enclosed space, sometimes with no pants on and sure as hell with no helmet. The place was called The Fun House, and pajamas were encouraged.

I’d gone out that night because my classmates said I needed some amusement. I was too serious. Too pale. Like creeping ivy, too attached to the library. And so there I was, drunk in public, in the bouncy house in fact, laughing and falling and not even able to bounce, and my chin hit the top of the dead guy’s head. I cracked a tooth.

At first I thought I’d killed him. But he was cold and becoming stiff. He’d been dead at least an hour. So it wasn’t my fault.

I rolled out of the bouncy house, not laughing, not drunk, not anymore. I grabbed my shoes, well, one of mine and one of someone else’s, and I walked barefoot through the club, saying good-bye to no one, out the door, to my car. And I drove home. Arrived just after 1 a.m. Reported to my clinical at Memorial at 4 a.m. His body rolled in at 4:15. We shared the elevator. I’d gotten on, too tired and hung over to notice it was going all the way down before going up. Bouncing, very slowly, the old elevator, not like the new ones in the lobby.

I looked over at the gurney, and the black bag was unzipped. I saw the dead guy’s face, and I remembered him from the bouncy house, and I thought about how his stiff body must have knocked down bouncers like bowling pins. I started to giggle. One of the morgue guys rolled his eyes at me, and the other one said, “It’s ok, lots of med students lose it the first time they see a body outside of the classroom.”